He not only met but jostled with the icon.

This is what a few social media users thought. But the reality is different.

Tendulkar was not actually jostling with the singer.

The young man was none other than Sachin Tendulkar’s son Arjun Tendulkar.

It so happened that a Facebook page shared a picture of Sachin and Arjun, which some users confused with Sachin and Justin. 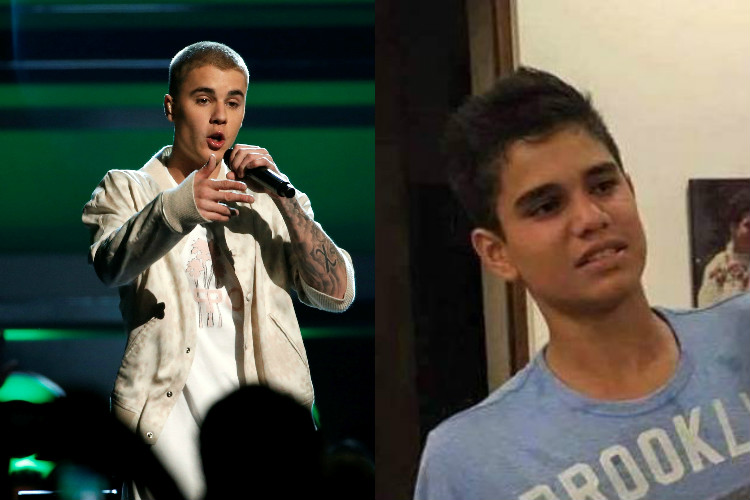 “Before reading that caption i was like why is justin Bieber holding sachin tendulakar like that,” wrote a user. “Is it only me who before seeing d full pic n caption, thought that Arjun Tendulkar is JUSTIN BIEBER? I thought why is sachin clicking pics with #JB?” Indian Express quoted users.

The picture has gone viral.

It would interesting to know what Bieber thinks about this uncanny resemblance.