Pakistan Test captain Misbah ul Haq was emotional when ICC Chief Executive David Richardson presented the ICC Test campionship mace to him at the Gaddafi Stadium. Emotions will run high again if India win the Kolkata Test match against New Zealand. But, the emotions will be of different kind.

India will dethrone Pakistan from the top spot in ICC ranking if they win the Test at Eden Gardens.

The victory in its 500th Test in Kanpur meant that India are now one victory away from reclaiming the ICC Test Championship mace from Pakistan.

India had entered the three-match series against the Kiwis, trailing Pakistan by one point and needed to win the series to move ahead of its traditional rival. 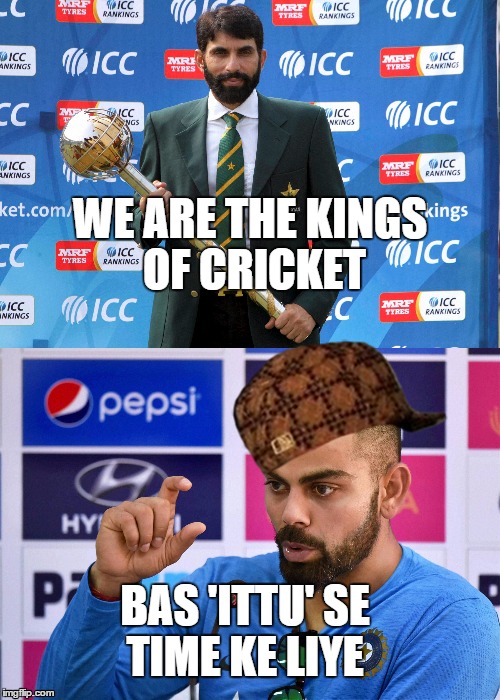 How Team India will reach to the top

A 1-0 or 2-1 win will take India to 111 points, similar to current top spot holder Pakistan but ahead of them on decimal points while a 2-0 win margin will see India surge ahead at 113 points.

A 3-0 win will move India to 115 points. New Zealand, which are currently on 95 points, will remain at the seventh position with any of these margins with the maximum drop to 91 points in case they lose all the three matches.

A 1-1 series draw will result in India dropping to the fourth position on 108 points and New Zealand rising to fifth on 97 points.

If New Zealand are able to beat India by 1-0 or 2-1, they will move to the fifth position at 100 points with India one slot ahead on fourth with 104 points. New Zealand can overtake India to take the fourth position only with an improbable 3-0 win.