Colin Munro became the first batsman in the world to score three centuries in the T20I format. Munro’s 53-ball 104 helped New Zealand to post the seventh-highest innings total in the history of T20I cricket. The Kiwis scored 243 for 5 in the first innings which is their highest score in T20I cricket.

But Munro’s third T20I century was not the only record that rocked the cricketing world. The pressure of a huge total to chase down dominated the Windies batsmen as they struggled to escape a batting collapse. The visitors were bundled out for 124 with 21 balls to spare and lost the match by 119 runs which turned out to be a record.

Overall, this win is the third largest by the margin of runs. The first two have been registered in the name of Sri Lanka (by 172 runs against Kenya) followed by South Africa (130 runs against Scotland).

ALSO READ: Shikhar Dhawan available for selection, Ravindra Jadeja down with viral ahead of 1st Test against South Africa 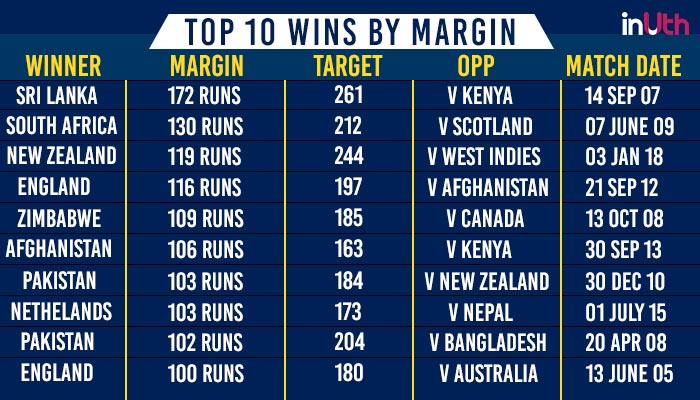