Should MS Dhoni retire as the Indian ODI captain? The Indian youth believes that now is not the right time for Dhoni to retire, India needs him to continue. However, few people are also in favour of a younger leader. Dhoni has also been recently criticised by the media for not performing to the best of his abilities. If and when Dhoni retires in the foreseeable future, the Board of Control for Cricket in India (BCCI) will perhaps hand over the limited-overs captaincy to Test skipper Virat Kohli. Although, it will certainly be difficult for even someone like Kohli to try and fill Dhoni’s big shoes.

Cometh the hour cometh the man, Mahendra Singh Dhoni has proved his credentials not only as a captain but also as a cricketer. The 35-year-old wicket-keeper batsman from Ranchi made his ODI debut against Bangladesh in 2004. He eventually took over as the Indian ODI captain from Rahul Dravid in 2007. He has featured in 279 ODI matches for India till date. In his 242 innings, MS Dhoni has managed to score 8939 runs operating at a healthy average of 51.27 and also at a decent strike rate of 89.27. He has taken 263 catches and 89 stumps in addition to having 60 half centuries and 9 centuries to his name in the ODIs. Meanwhile, Dhoni’s unbeaten knock of 183 runs against Sri Lanka in 2005 remains as his top score in the ODIs.

Dhoni is the only Indian captain in the history of the sport to have won 100 ODI fixtures. Only two other cricketers have achieved the feat, Allan Border (107 wins) and Ricky Ponting (165 wins). Dhoni won his 108th ODI match against New Zealand on October 16, 2016. He has captained India in 195 ODI games with a win percentage of 59.78. MS Dhoni led India won the ICC World Cup in 2011. 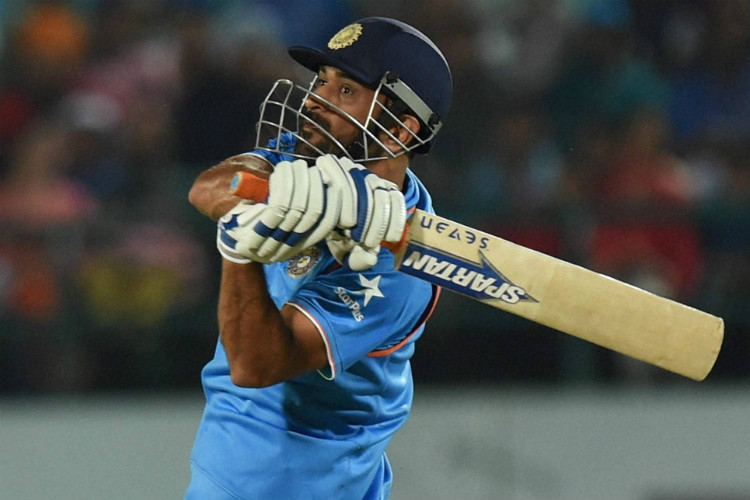 Cricket is not MS Dhoni’s only passion, the Indian veteran also loves bikes! Elsewhere, he was also bestowed with the honorary rank of ‘Lieutenant Colonel’ by the Indian Territorial Army in 2011. He is only the second Indian cricketer to be conferred an Army rank after legendary all-rounder Kapil Dev. After retirement, Dhoni plans to be involved with the Indian Army.

MS Dhoni always maintains a calm demeanour on and off the field, thus earning him the nickname of Captain cool. Additionally, Dhoni led India lifted the inaugural World Twenty20 by ousting arch-rivals Pakistan in 2007. India is indeed privileged to have someone like Dhoni to lead them in the limited overs. At the age of 35, Mahi is still gunning for glory!