Diego Maradona and a host of other footballers played in the ‘United for Peace’ charity match organised by the Pope. The fixture was contested between La Liga XI and Rest of the World XI at the iconic Stadio Olimpico in Rome, Italy. Pope wanted to raise funds to help people who have been suffering since an earthquake shook central Italy on 24th August, this year. Many football legends from around the world managed to attend the event to try and make it successful.

Maradona’s association with Italy is not new. The 55-year-old Argentine legend who is considered by millions to have been the greatest footballer to have graced the sport had an 8-year stint with Napoli. He remains a Naples hero till date having scored 81 goals in 188 appearances.

Before kick-off, Pope Francis termed Football to be special and also called it a human phenomenon. He also stated that a sports event is always a highly symbolic act, one that ensures a possibility of building a culture and tradition of an encounter. According to him, football allows a world of peace in which believers of diverse religions conserve their own identity while living in constant mutual respect. 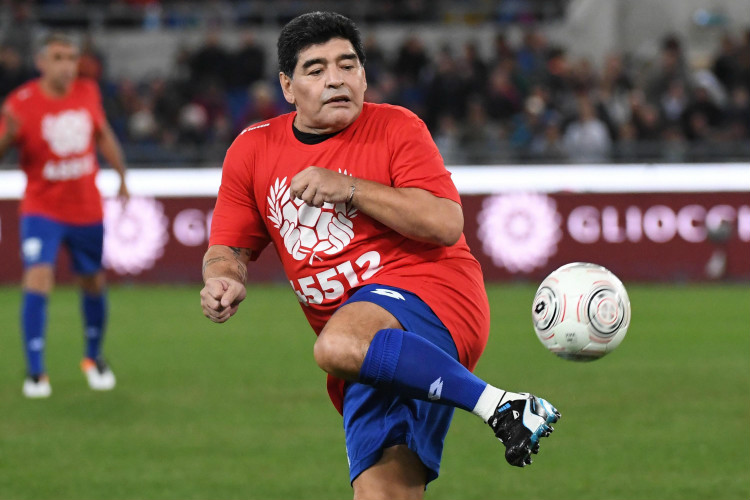 Eventually, La Liga XI ousted Rest of the World XI 4-3 at the Stadio Olimpico but football deservingly won in the end. Even though, Maradona had a conflict with Juan Sebastian Veron before half-time.