If team India manages to claim the 2nd Test match at the iconic Eden Gardens in Kolkata, then they will take an unassailable 2-0 lead in the Test series and will also become the top-ranked side in the ICC Test rankings. Virat Kohli led India were 227/8 at stumps on Day 3 leading the Kiwis by 339 runs. 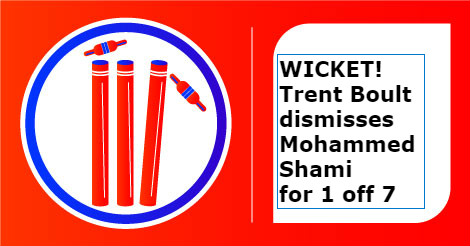 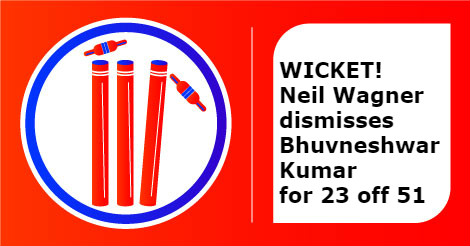 9:45 am: Bowling change by Kiwi captain Ross Taylor, who brings Neil Wagner into the attack.

9:09 am: Matt Henry will continue alongside Boult as Ross Taylor’s Kiwis remain in the hunt for wickets.

9:01 am: Trent Boult will ball to Bhuvneshwar Kumar.

9:00 am: Wriddhiman Saha and Bhuvneshwar Kumar comes to the crease to start off the proceedings on Day 4.

8:59 am: BCCI president Anurag Thakur rings the bell to start the proceedings between India and New Zealand at Eden Gardens in Kolkata on Day 4.

BCCI President Lt. @ianuragthakur rings the bell to start the proceedings at Eden Gardens on Day 4 of #INDvNZ pic.twitter.com/XJQ9tKWjdV

8:56 am: Anil Kumble coached Team India can become the top-ranked side in the ICC Test rankings if they manage to oust the Kiwis at the Eden Gardens in Kolkata.

Will it, won’t it. How do you reckon the pitch on day 4 is going to behave? #INDvNZ #TeamIndia @Paytm Test Cricket pic.twitter.com/6jAuu3eHLO

Going to be needing more of these under the sun. Day 4 starting soon #TeamIndia #INDvNZ @Paytm Test cricket pic.twitter.com/jqSM6KtsZX

At Stumps on Day 3 #TeamIndia are 227/8. Take a look at the Match Summary here #INDvNZ pic.twitter.com/oaQR1pSavM

8:47 am: Kolkata’s weather looks nice and sunny. Virat Kohli and Ross Taylor remain keen to survive and thrive on Day 4 at the Eden Gardens.

8:45 am: Good Morning! Welcome to the live coverage of Day 4 from the 2nd Test match between India and New Zealand at the Eden Gardens in Kolkata.