Anil Kumble coached India are leading the Test series by 1-0 after winning the 1st Test match in Kanpur. Thus, Virat Kohli and company will look to continue their winning form against Ross Taylor led New Zealand at the Eden Gardens in Kolkata in the 2nd Test match. India won the toss and elected to bat first. 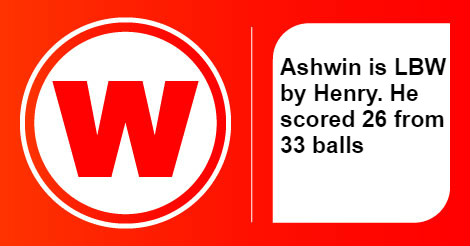 4:15 pm: New ball has been taken. Boult and Henry will start the proceedings.

4:09 pm: SIX! First of the innings. Saha hits a flighted delivery from Patel out of the ground. 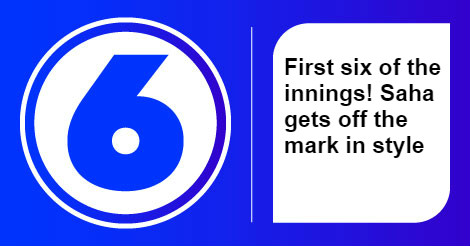 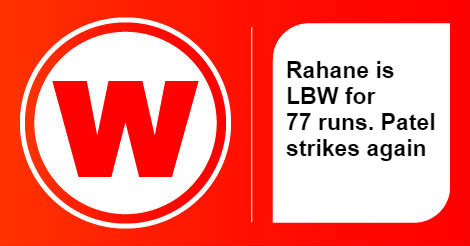 3:40 pm: Hopes on Ashwin to re-build the innings with Rahane.

3:39 pm: WICKET! Rohit Sharma is caught at short leg by Latham. Patel gets his first wicket. Maybe Sharma can treat himself in the dressing room now. India are 193/5. 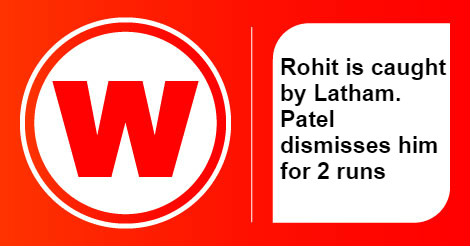 3:39 pm: That’s nasty. Rohit Sharma has injured himself. Dives to save his wicket but injures his shoulder in the process.

3:19 pm: WICKET! Pujara plays an uppish drive but is caught at short cover by Guptill. Pujara goes for 87, Wagner gets his man. India are 187/4. 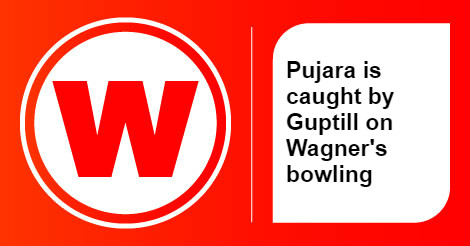 3:11 pm: FOUR! Consecutive boundaries from Rahane. Wagner concedes eight runs in the over.

2:03 pm: FOUR! Rahane drives an uppish delivery from Patel through the extra-cover boundary. India are 127/3.

1:42 pm: Close call! Rahane comes down the track and mis-hits it completely. Substitute Bracewell is not able to hold on the ball, denying Patel his first wicket.

Third half century in a row…Cheteshwar ‘consistent’ Pujara. His success is a great advert for the success of Indian domestic season. 👏👏

11:09 am: Rahane walks in the middle. India need Pujara-Rahane to consolidate.

11:08 am: WICKET! Kohli departs. Over-pitched delivery and Kohli tries to smash it four. Unfortunately, he edges it and is caught at gully by Latham. Boult dismisses the India captain. 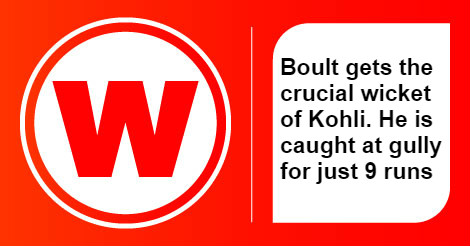 10:45 am: Kohli and Pujara are both reading the ball well as Santner tries to dent India’s hopes. India 33/2.

10:25 am: Captain Virat Kohli comes to the crease. India needs the skipper to perform as Kiwis look to dominate early on.

9:55 am: Vijay hits Boult for a brilliant FOUR! First boundary for India in the 1st innings. India 7/1. 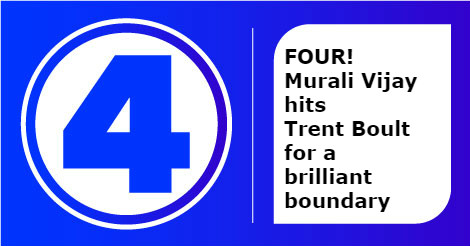 9:42 am: Cheteshwar Pujara is the next batsman for India. He will look to develop a partnership with Murali Vijay. 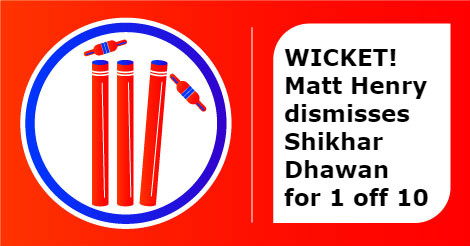 9:37 am: Ross Taylor has given the new ball to Trent Boult. While Shikhar Dhawan and Murali Vijay will open the innings for India.

9:30 am: Indian legend Kapil Dev rings the bell for the first time at the iconic Eden Gardens in Kolkata. Cricket Association of Bengal (CAB) president Sourav Ganguly and Kapil Dev smile and shake hands soon after.

9:25 am: The players and the umpires are on the pitch for the national anthems.

9:00 am: Indian skipper Virat Kohli won the toss and elected to bat first.

8:55 am: NEWS! New Zealand captain Kane Williamson has been ruled out of the 2nd Test match due to illness. The Kiwis have selected veteran Ross Taylor as their skipper.

8:45 am: Kolkata’s Eden Gardens pitch looking good to bat on as always. Toss will be important!

Through the lens of a camera. King of Kolkata @SGanguly99 inspecting the pitch at the Eden Gardens #TeamIndia #INDvNZ @Paytm Test cricket pic.twitter.com/pgzmwg27O8

8:30 am: Good Morning! Welcome to the live coverage of the 2nd Test match between India and New Zealand at Eden Gardens in Kolkata.