English football despite its ongoing international woes has managed to develop homegrown talents from time to time, Frank Lampard and Steven Gerrard being classy examples. Their footballing passion nurtured them from wonderkids to world-class professionals. And now as they are close to their retirements, Lampard and Gerrard must now pursue their managerial dreams and pass on their vast experience to the next generation for the development of English football. 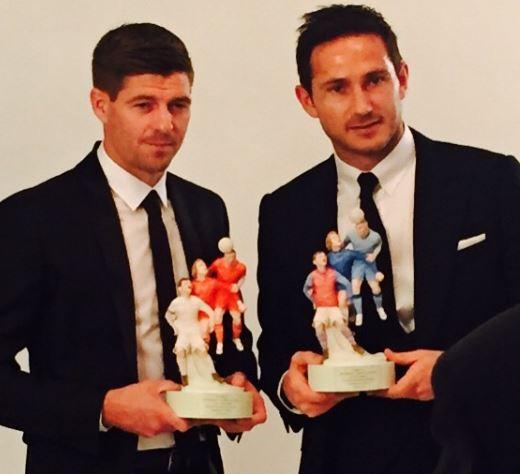 Frank Lampard and Steven Gerrard are planning on their England homecoming. (Photo: Instagram)

Lampard aka ‘Super Frank’ is a Chelsea icon, who had scored 211 goals in 648 matches during his time with the Stamford Bridge outfit which spanned 14 years. The Three Lions midfielder was known for his vision in addition to his goal scoring prowess. Time and again he came to the rescue of the Blues, alongside legends like Didier Drogba and John Terry. He was someone who won the hearts of his fans while also earning respect from his opponents at the same time.

Fearing he would become the jack of all trades and master of none, Lampard perfected his penalty skills, ultimately going on to make a name for converting goals from the spot. Over the years, Lampard also converted from being a playmaker to a midfield enforcer. He developed his skills to aide Chelsea and England, his selfless character on and off the field earned him the trust of his teammates.

He is perhaps the best complete midfielder to have graced the English game, sporting an attitude that guides and supports the team rather than only focussing on individual achievements. He left Chelsea for the American MLS in 2014 and having featured there for the New York City FC, the Blues have offered him a coaching role at Stamford Bridge under manager Antonio Conte.

Gerrard aka ‘Stevie G’ is a Liverpool veteran, who had scored 186 goals in 710 matches during his time with the Anfield club which spanned 18 years. The Three Lions attacking midfielder was also well equipped playing as an anchorman. Gerrard was known for his creativity and organisational skills, it is this what helped him made the footballer that he is today. As players came and went, Gerrard loyalty towards his childhood club remained untouched, with that the inevitable bond with the fans grew stronger. Liverpool’s slogan “You will never walk alone” fits him like no other.

Reds’ legend made a name for himself for being able to scoren long distance goals, his power and ball control merged to give him an advantage to get Liverpool out of difficult situations. Despite failing to lead England to any milestone glory as a player and then as a captain, but still Steven notched up 21 goals in 114 fixtures playing for England.

Gerrard helped Liverpool lift the UEFA Champions League in 2005. He also won the FA Cup two times (2001, 2016) in addition to three Football League Cups (2001, 2003, 2012). Frank Lampard’s Chelsea tried to sign him repeatedly during his time in England, but his loyalty towards the Anfield faithful meant he wasn’t going to snub a place he loved calling home for money and fame. He could have won a lot more if he had decided to leave the Reds but being a man of his word, he kept his faith with Liverpool until he decided to venture out to American MLS in 2015 to play for LA Galaxy. Just like Lampard, his MLS contract expires at the end of the ongoing season, and a coaching role at Liverpool now beckons.

Steven Gerrard’s passion and loyalty were nurtured at Anfield in Liverpool. (Photo: Flickr)

A return to the prestigious Premier League is now on the cards for the England football legends. They have previously publicly stated their dream of managing their beloved clubs and if possible England as well. English football needs someone like Lampard and Gerrard to oust all the negativity that engulfs and prevents it from the success it truly deserves. Frank and Steven oozes class, and as we remember class tends to remain with people wherever they go and in whatever they do. If they do manage to realise their managerial ambitions, only then England will be able to survive the competition and then thrive in football.