Virat Kohli and Anushka Sharma were together to watch Indian Super League encounter between FC Goa and Delhi Dynamos. It was Diwali on Sunday and it is heartening to see the couple spending time together. Anushka was wearing a salwar-suit whereas Virat Kohli was wearing Goa FC team jersey. The couple was having a gala time together in the match. Goa lost the match 0-2. 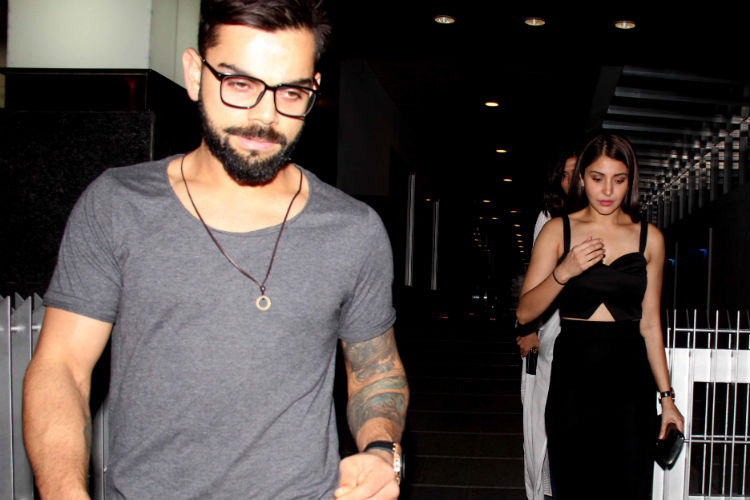 This was Virat and Anushka’s breather from tight work schedules. Virat Kohli had been playing cricket for the past two months. New Zealand was touring India. While some key players were rested, but Virat Kohli played all 3 Test matches and 5 ODIs. He performed wonderfully in both the formats. While India won the Test series against New Zealand 3-0, they won the ODIs 3-2. With England visiting India soon, Virat Kohli will get busier. Anushka had also been busy lately. The actress had been involved in Ae Dil Hai Mushkil promotions. Her movie is doing well at the box-office.

Virat Kohli is a cricketer, but he is an ardent follower of football. He is a co-owner of football club FC Goa and keeps a keen eye on happenings in the football world. Recently, Virat Kohli had appeared in an advertisements with Portuguese legend Louis Figo. In the advertisements, Figo was praising Kohli as he is a role model in India. In response, Kohli said Figo was also very popular in India.

Anushka Sharma’s interest in sports is limited to Virat Kohli. She had herself said in a talk show that she didn’t follow cricket earlier. Seeing her with Virat in a football match is good news for their fans.