KL Rahul has surpassed Virat Kohli to become the fastest growing sports star on Facebook in the month of June. The right-handed batsman tops the list ahead of his fellow sportspersons Hardik Pandya, Virat Kohli, Yuvraj Singh and Shikhar Dhawan. Despite being out of the side for a long period of time it does not seem to have an effect on his fan following on Facebook. KL Rahul who has been laying off post his shoulder surgery has beaten Virat Kohli where he almost broke all records.

Indian skipper Kohli recently surpassed Bollywood superstar Salman Khan to become the No.1 followed celebrity on Facebook, he was just behind Prime Minister Narendra Modi in terms of most fans on Facebook. Rahul has the fastest growing fanbase on Facebook. He is leading the list by far including Pandya, Kohli, Yuvraj and Dhawan. 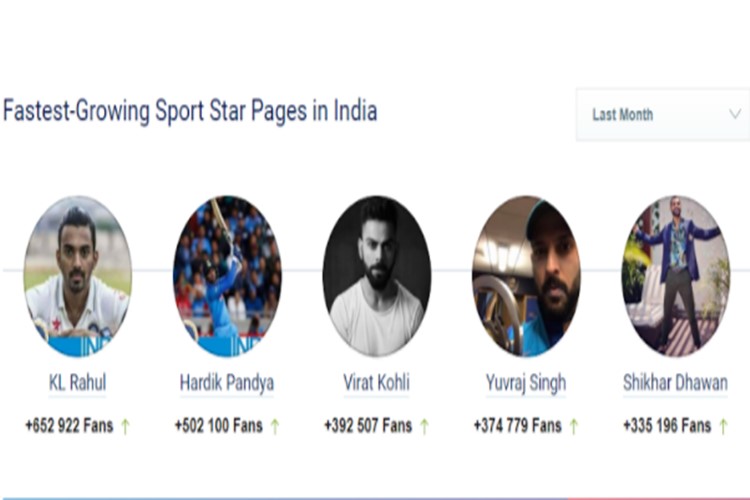 Rahul has been out of the side post his injury in Border-Gavaskar Trophy against Australia. Following the shoulder injury, he had gone for a surgery in the UK (United Kingdom). Rahul has been focusing on his fitness lately after taking a vacation in Goa.

Rahul’s fan following is on a high in India as it constitutes of 98.4 per cent as compared to Bangladesh, Pakistan, United Arab Emirates (UAE) where he has a few thousand fans. 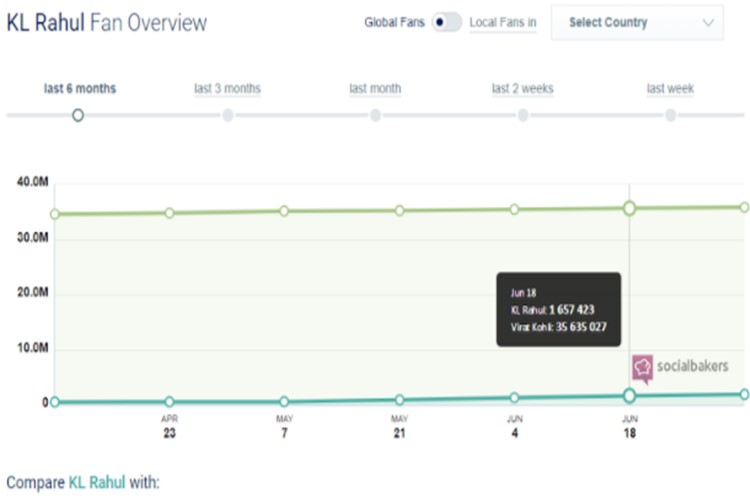 His popularity went uphill when he posted a few photos of his vacation in Goa on May 7. His fan base only grew stronger according to the Facebook statistics. showing a massive increase. The spikes are quite easily visible in the past three weeks. 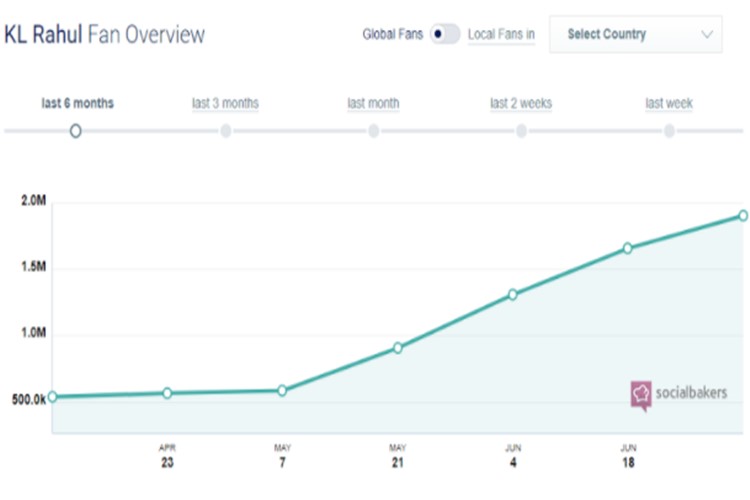 Rahul has been in the news despite his absence from the Indian side. He recently came in support of young Indian figure skater Nishchay Luthra’s crowdfunding campaign. He recently declared himself fit as well.

Note: The statistics are according to socialbakers.com.