If all goes well, legendary former international cricketer Jonty Rhodes is all-set to celebrate the upcoming Valentine’s Day with his family at the ski resort of Gulmarg in Kashmir.

Official sources told InUth that they have “received feelers” that the South African cricketer plans a week-long vacation in Kashmir, mainly for Heli-Skiing which happens to be his second passion after Cricket. It will be his third visit to Kashmir.

He visited the Valley fcor the first time in 2011 to test his skills for Heli-Skiing and at the same time learnt Snowboarding from a local instructor. For Rhodes, Kashmir is love at first sight, and thanks to ti, he again visit Gulmarg in 2012!

During both his visits, he would wake up early in the morning to board his chopper, which would drop him uphill for the adventure sports on gthe breathtaking m ountains, where skiing is an extremely risky affair. 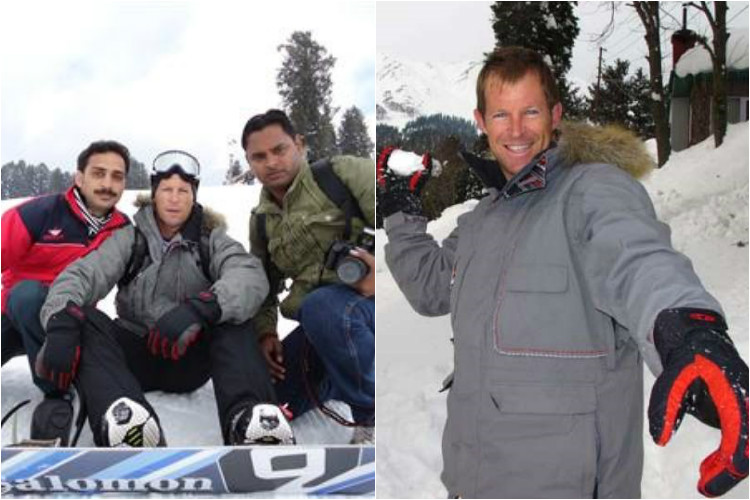 In 2012, apart from adventure sports, he had participated in an “exhibition snow cricket match” hosted by the state government. However, when Kashmir briefly erupted after the secret execution of Parliament attack accused Muhammad Afzal Guru in 2013, Rhodes like many other prospective skiers, stopped visiting Kashmir.

The Tourism department has now kept their fingers crossed over the the legendary cricketer’s much-expected visit as his presence is likely boost the tourism industry of the region. The Valley faced six months of unrest after Hizbul commander Burhan Muzaffar Wani and his two colleagues were killed by the Indian Army on July 8, 2016.

According to the sources, the tourism department had recently  invited Bollywood stars to Kashmir but none of them turned up due to “security concerns.” A ray of hope, however, emerged when Sunny Leone visited Kashmir to shoot a ad-film. Now all hopes are pinned on Rhodes’s visit.