Tokyo is all set to host the 2020 Olympic and Paralympic Games and it has announced its plan to make athletes’ medals out of recycled electronic waste. The organisers of the summer Olympics said that a project was started in 2017 to collect enough electronic waste, including discarded smartphones, digital cameras and other handheld games and laptops, to implement the scheme.

The aim was to collect 30.3 kg of gold, 4,100 kg of silver and 2,700 kg of bronze and the organising committee is expecting to meet the target in March this year.

The committee’s target of 2,700 kg of bronze was reached in June, while more than 90% of the gold and 85% of the silver has been collected, officials said. The targeted amounts of gold and silver haven’t been recovered yet but based on the number of devices that have already been collected, the Tokyo 2020 committee says there will be enough material to reach the goal. 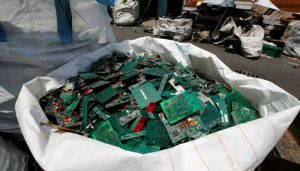 There was ‘huge levels of support from the public and companies across Japan and from national and international athletes’, resulting in municipal authorities collecting about 47,488 tons of e-waste till November, organisers said in a statement. The recycled metal has been collected from the Japanese public, as well as businesses and industry.

The concept has been implemented in previous Olympics as well, most recently at Rio 2016, where an estimated 30% of bronze and silver medals were wrought from recycled materials. However, it’s the first time all the medals are being wrought from the recycled e-waste. Also, it’s the first time when there has been such a huge public participation in the donation of consumer electronics.  Thanks to this drive, the public has donated more than five million old phones to a local network provider, helping the cause of recycling further.