With less than a week’s time left for the eleventh edition of the Indian Premier League (IPL) to begin, fans’ excitement is soaring every day. All the eight franchises are firing up their social media accounts, updating them with posts showing their preparations for the forthcoming season and uploading snaps from net sessions and practice games.

Meanwhile, the teams revealed their respective official jerseys for this season. It’s a known fact that the franchises go for certain changes with the team’s outfit every season or two. However, this year, all the eight sides are revamping with the return of Chennai Super Kings and Rajasthan Royals already creating a hype. The revamp includes newly-designed jerseys, which are creating a strong buzz as well.

Ahead of the commencement of the new season, let’s have a look at the new jerseys of all the eight teams:

Chennai Super Kings
CSK is back after two years and the team’s fans seem to be quite enthusiastic about it. Under the leadership of MS Dhoni, the CSK squad is ready to flood the field with yellow once again.

Can’t resist the whistles, can we?! #WhistlePodu

Delhi Daredevils
With a new captain, the franchise has been given a bit of a new touch to the jersey as well. The blue and red jersey will be donned by Gautam Gambhir and his brigade in this IPL season.

Kings XI Punjab
This is another team with an all new leader and a pool of extraordinary talented cricketers. Under Ravichandran Ashwin’s captaincy, Punjabi lions will wear a red outfit this year.

The wait is over. Presenting our pride for this season of @iplt20. We are #RedForever

Mumbai Indians
The defending champions look stronger than ever and their new jersey reflects that. Rohit Sharma & Co will look to retain the title in this blue and golden outfit.

Kolkata Knight Riders
Well, they have already announced that “KKR Hai Tayyar“, and recently they released their armour for this season. Skipper Dinesh Karthik with his knights will put on a purple and gold jersey this season.

Royal Challengers Bangalore
One of the strongest contenders this season will go with their red and black outfit under the leadership of Indian captain Virat Kohli. 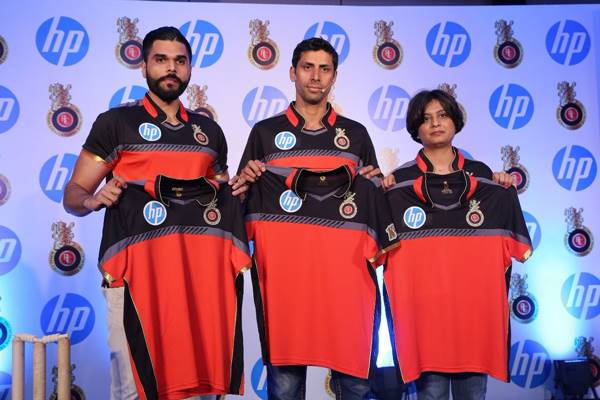 Sunrisers Hyderabad
Better known as the Orange Army, this team has kept their outfit almost the same — Orange and Black. Despite a little commotion over the shift in leadership, the side is ready for a new season under a new skipper — Kane Williamson.

The steady, steely Kiwi will now lead SRH in #IPL2018. Let’s hop on board the Kane Train! Buy your match tickets at sunrisershyderabad.in and catch the #OrangeArmy live in action.

Rajasthan Royals
Just like CSK, the Royals will be back in the ring after two longs years. Though they have not officially announced their jersey for this season, they are expected to opt the same blue outfit. On the other hand, the players have been wearing blue coloured tees and shorts with the RR logo.

The biggest Indian cricketing event starts from April 7 where Mumbai Indians will take on Chennai Super Kings at the Wankhede Stadium, Mumbai. Each team will be playing 14 games and the top 4 will enter the qualifiers.