Indian Premier League (IPL) 2018 is heavily dominated by batsmen who have struck sixes with utmost ease. In the fast-paced format, batsmen take on the bowlers and try to go for the big shot at every opportunity. We have not yet seen a batsman hit six sixes in a row in IPL but we have four players in this season who have done it in other leagues or international cricket. IPL 11 will feature four batsmen who have struck six sixes in a row for the first time.

1. Yuvraj Singh
This one is quite simple. The Kings XI Punjab (KXIP) player became the first batsman to hit six sixes in a row in T20 cricket and that too in the inaugural World Cup 2007 tournament. He took on English fast bowler Stuart Broad after a ‘war of words’ with Andrew Flintoff.

Yuvraj also ended up hitting the fastest half-century in the history of T20 cricket. He was picked for Rs 2 crore in IPL 2018 auctions, returning to his first IPL team.

The southpaw played this innings when he was dropped from India’s ODI and T20I squad against Sri Lanka. He had been retained for Rs 7 crore in IPL 2018 Retention. 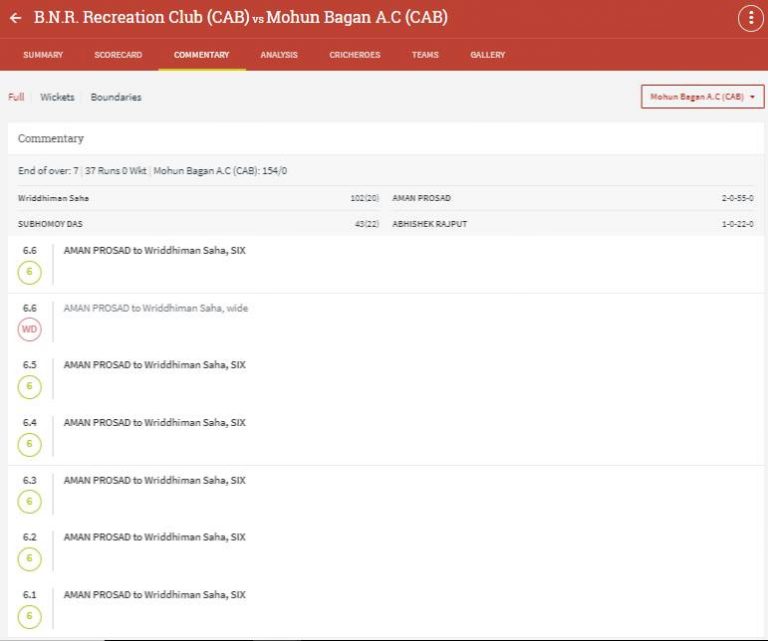 Saha is one of those underrated batsmen in IPL and has scored 2 centuries in his career so far. He was roped-in for Rs 5 crore in IPL 2018 auctions.

4. Alex Hales
England opener got a back-gate entry into the IPL 2018 after SRH’s former skipper David Warner’s exit from the tournament due to a one-year ban. The Nottinghamshire opener struck six sixes in a row against Warwickshire in a NatWest T20 Blast game in 2015. He is the only one on the list who did not achieve the feat in a single over.

Hales got picked from the Registered and Available Player Pool (RAPP) list for his base price of Rs 1 crore. Many were surprised after Hales went unsold in IPL 2018 auctions despite being in a good form. He is likely to open the innings with Shikhar Dhawan.

Note: The list does not include former South African cricketer Herschelle Gibbs’ name as he is currently not playing in IPL 2018.