Royal Challengers Bangalore’s player Travis Head was on May 1 at his athletic best after he took a stunner on the boundary edge during an Indian Premier League match against Mumbai Indians at the iconic Wankhede Stadium in Mumbai.

He was standing at deep mid-wicket boundary during the 10th over Mumbai Innings. Nitish Rana, who was on strike, took the aerial route hoping of clear the boundary line, but unfortunately he found Travis Head standing in the deep, who by using his presence of mind, took a stunner to dismiss in-form Rana at 27.

Later, some fireworks in last overs from Kedar Jadhav and Pawan Negi helped Bangalore to reach 162/8 on board against Mumbai. 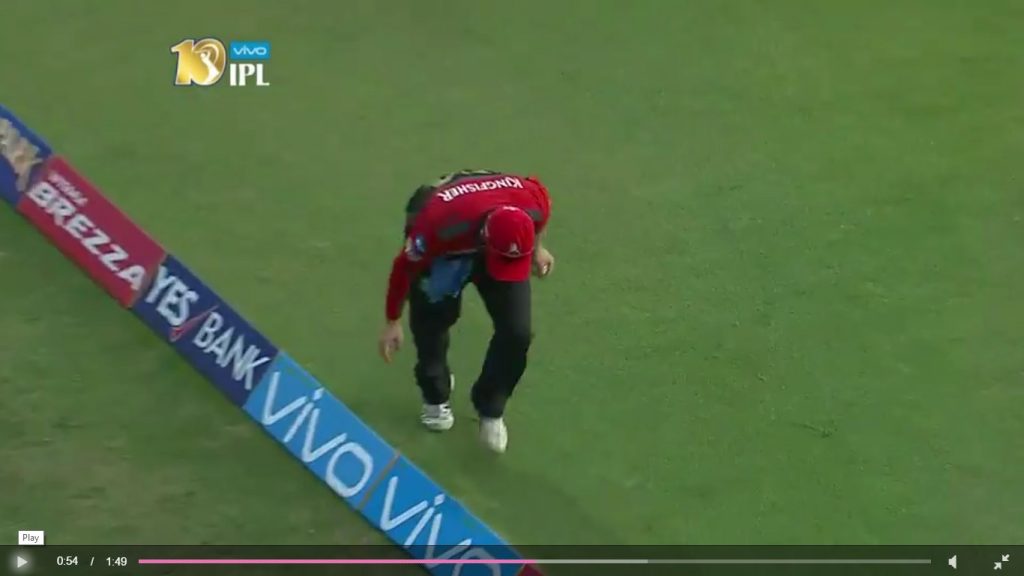 In reply, Mumbai Indians started off on a poor note as they lost their opener Parthiv Patel on the very first ball. But, Rohit Sharme played the captains knock of unbeaten 56 to guide his team to five wickets victory over the RCB. 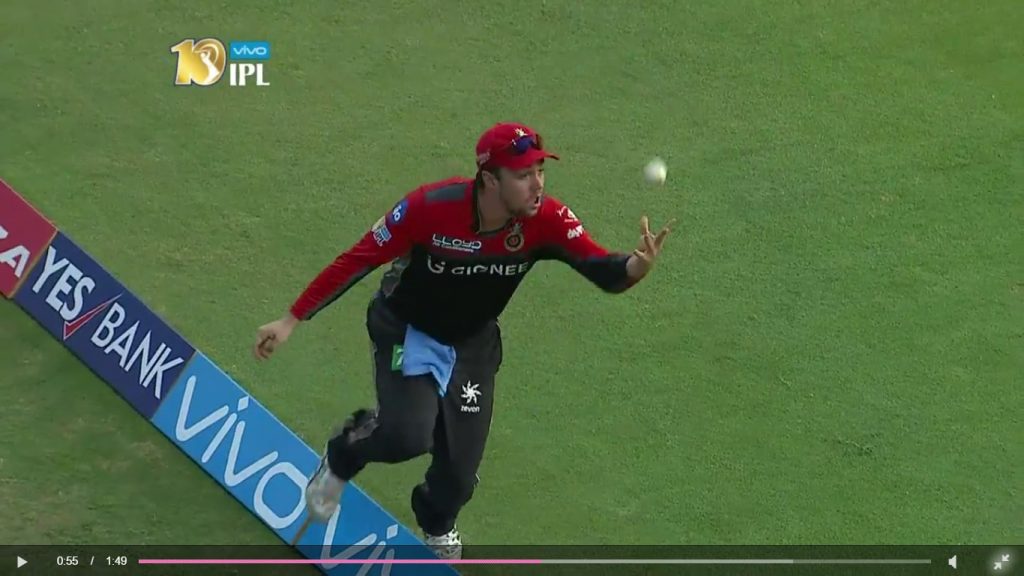 For RCB, Pawan Negi scalped two wickets while Aniket Choudhary, Yuzvendra Chahal and Shane Watson chipped in with one wicket each.

With this win, Mumbai Indians displaced Kolkata Knight Riders from the top position of the points table.