New Zealand batsman Martin Guptill stunned everyone after he plucked out a one-handed stunner to dismiss Lendl Simmons during an Indian Premier League match between Kings XI Piunjab and Mumbai Indians at the iconic Wankhede Stadium in Mumbai on May 11.

This happened during the 10th over of Mumbai Innings, when team’s in-form batsman Lendl Simmons tried to clear the rope on Glenn Maxwell’s full toss delivery. But, unfortunately Guptill stretched his right hand to grab a stunner at the boundary rope. Simmons was then batting at 59. He faced 32 balls and smashed five fours and four sixes during his stay at the crease. After the fall of Simmons, Mumbai Indian were at 106/2. 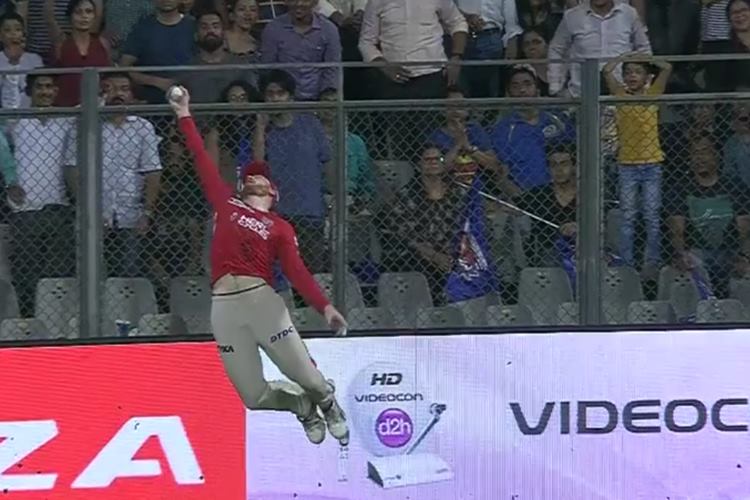 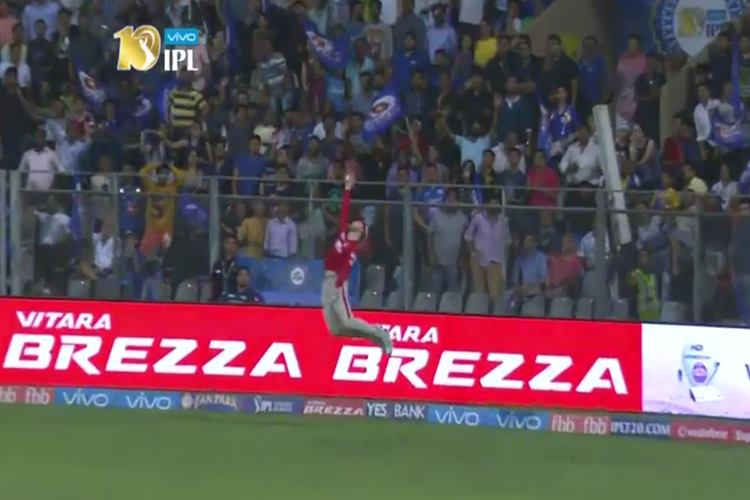 Earlier, Mumbai Indians skipper Rohit Sharma won the toss and he invited Kings XI Punjab to bat first. Glenn Maxwell side were off to a flying start with the new opening duo of Martin Guptill (36 from 18 balls) and Saha putting on 68 runs before being separated by Karn Sharma.

Chasing a mammoth 231, Mumbai, who have already qualified for the play-offs, could only manage to score 223/6 in ther quota of 20 overs. Requiring 16 off the final over, Kieron Pollar smashed Mohit Sharma for a six on his second ball. And, then Haryana medium pacer pulled things back to bowl three consecutive dots as Mumbai Indians lost the battle by 7 runs.

With the win, Kings XI retained their fifth spot in the IPL standings, with seven wins from 13 games and now need to win their final league clash against third-placed Rising Pune Supergiant on Sunday to make it to the top four.