Kings XI Punjab captain Glenn Maxwell is a key player for the team, he can bat and contribute with the ball and in the field. KXIP are taking on Royal Challengers Bangalore at Bangalore. But the match is more important from KXIP point of view as RCB have already been eliminated from Indian Premier League 2017. So for RCB, they will be playing for pride and nothing else and would be hoping to play party-spoilers for others.

RCB won the toss and elected to field first. The openers departed early putting the team in deep trouble. Marsh, Vohra and Saha too could not make amends, they got off to starts but departed just when they were looking threatening. But what caught our attention is the under-pressure catch taken by Samuel Badree in the deep. Well I say an important catch because Maxwell can change the complexion of games within balls. Hence, whichever team he is playing against, his wicket becomes the key to the success of the other team. Maxwell scored 6 off 11 balls, which means his effect was nullified. It was Yuzvendra Chahal who dismissed him and Samuel Badree who looked dodgy underneath the ball, managed to cup it safely. It was a great catch because it was the wicket of Maxwell, henceforth. 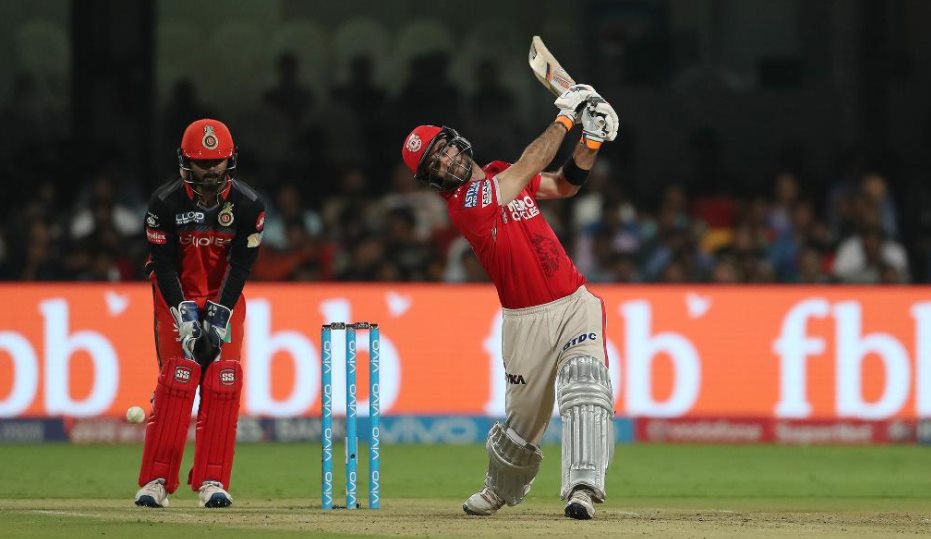 When MAX got OUT!

Have you managed to get a picture with @Gmaxi_32 or anyone from the rest of the team? Share them with us! #LivePunjabiPlayPunjabi pic.twitter.com/8RrhI4MxLB

KXIP have set a target of 139 for RCB to chase, which should be a cakewalk for Virat Kohli and Co..