Ever since Mahendra Singh Dhoni was removed as the captain of Indian Premier League (IPL) team Rising Pune Supergiants, his fans are not at all amused. Despite the fact that he is playing for his new team under Steven Smith, it does not matter to his admirers who still see him as a captain.

Recently, RPS co-owner Harsh Goenka got a bitter taste of his own medicine when he tried to troll Dhoni on Twitter. The businessman shared a list of RPS batsmen having best strike rates. Along with the image, he posted,”#RPS batting statistics until now – Manoj Tiwari, Rahane, Christian have the best strike rates.” His tweet triggered fury among Dhoni fans who vented their ire at Goenka. Soon, Dhoni’s wife Sakshi too jumped the bandwagon and decided to answer the jibe directed at her hubby in a classic style. She posted an old picture of hers with the attire of Chennai Super Kings, the team which Dhoni led before it was suspended over charges of betting. Sakshi Dhoni’s message was clear. She reminded Goenka of her husband’s exploits as the skipper of Chennai Super Kings. 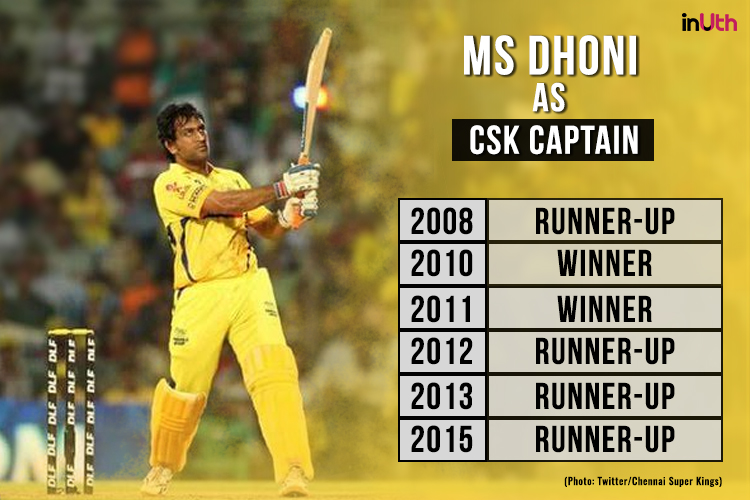 After the team along with Rajasthan Royals was suspended in 2015, he took over the reins of Rising Pune Supergiants. However, his tenure as RPS captain was a miserable one in IPL 2016 and the team finished last. This year, he was replaced by Australia’s Steven Smith.

Harsh Goenka had no idea that his tweet would backfire and irk Dhoni’s better half.

Did Goenka forget how Dhoni smashed 23 runs off the last over bowled by Kings XI Punjab’s Axar Patel to pull off an emphatic victory for Supergiants last year. He clobbered two successive sixes off the last two balls to win it for the team.