In the game number 50 of the Indian Premier League(IPL) 2017 between Gujarat Lions and Delhi Daredevils, the focus was suddenly shifted from the game towards a stranger who breached the tight security deployed at the Green Park stadium in Kanpur. A man in an orange tee with ‘Raina 03’ written on its back, entered the field during the second innings when GL were fielding and DD were chasing a target of 196 runs.

It was the fourth over when Pradeep Sangwan came into the attack and was delivering the second over of his spell. After he had bowled 2 balls, a man invaded the game and with pen and a piece of paper in his hands, he rushed directly towards the Gujarat skipper Suresh Raina who was fielding at the short third man position. As soon as he reached near Raina, he went down on both of his knees and asked for an autograph.

Soon, the security officials ran into the ground and the ‘Jabra Fan’ of Suresh Raina was escorted calmly out of the ground. 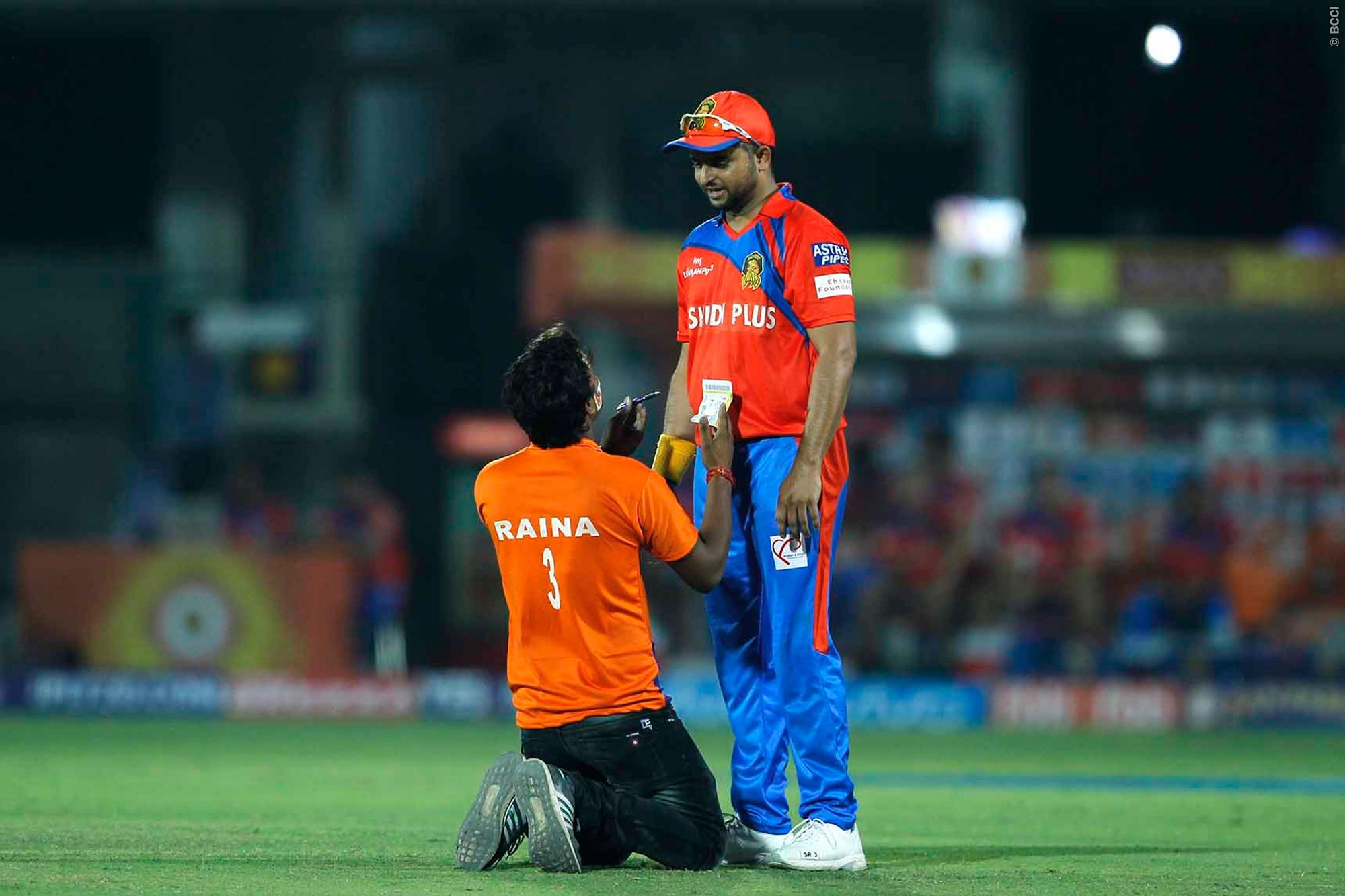 Well, this was not the first time when a game of cricket has been interrupted due to a fan or fans rushing into the field seeking their favourite player. There are many instances in the history of this game when people jumped of the boundary line and rushed in joy towards the centre of the field to celebrate either the victory of the team or any batsman’s best knock.

But in this very game, the man who entered the field was undoubtedly a huge fan of Indian T20 specialist Suresh Raina. Though the Raina has not been included in the 15 men Indian squad for the forthcoming ICC Champions Trophy and put in 5 member back-up team, but we have to agree that his fan following is no less than any other cricketer!