The ‘Universe Boss’ Chris Gayle always carry his own ways to celebrate his feats while playing on the ground. The big Carribean man is the all-time favourite in the shorter format of cricket and when his bat yields runs like a blazing gun, the temperature itself rises up. And the moment he lifts the bat up to acknowledge his heroics, that moment leaves the viewers in a trance as it’s totally unpredictable that which new move will now be done by Gayle.

In the game number 20 between Gujarat Lions and Royal Challengers Bangalore, Chris Gayle was picked up in the squad after getting dropped in the last two games. And in return, Gayle proved his worth too. He opened the game with Virat Kohli but, as usual, started playing pretty slow. But after few overs when he got the stability, he turned to be the worst nightmare for the Gujarat bowlers. He didn’t even have a second thought before sending almost every ball out of the park he faced. And as the history says, once this man gains the momentum, there is hardly anyone who has the capabilities to stop him midway. 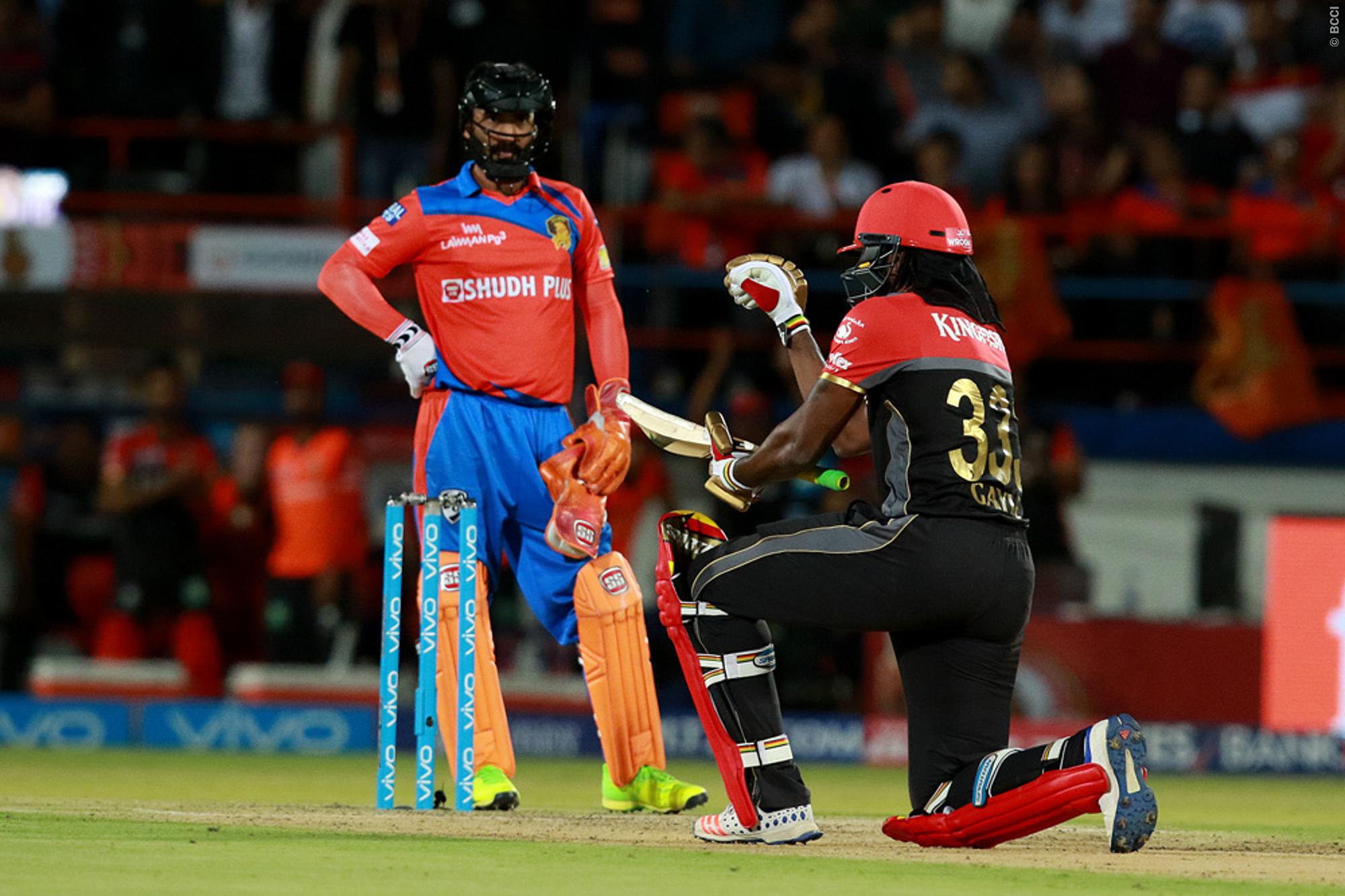 Finally, it was a good news that Chris Gayle was back to his original skin while the bowlers of the opponent team had no other option than to stand at the bowler’s end and watch the ball landing into the stands. Not to forget the fielders as well because as soon as the ball hit the meat of the bat, it seemed like they were involved in a ‘mannequin challenge’, unmoved unnecessarily.

Watch Here: This is how Chris Gayle celebrated his first 50 in IPL 2017

In the tenth over, Shivil Koushik came to bowl while Gayle was then playing at 46. In the third ball, Gayle hit another six and got his first fifty in this season of IPL. And then came his another celebration move. After shaking hands with his batting partner Virat Kohli and then he did a ‘Salt Bae’ move to announce that the ‘Boss is undoubtedly back’. 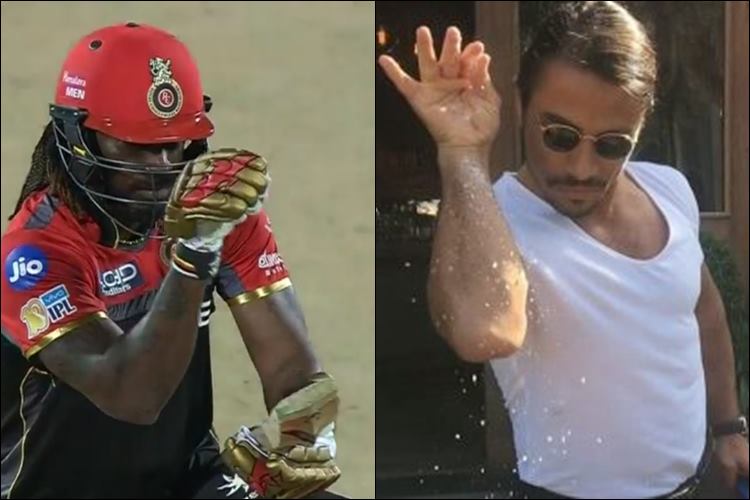 With this superb inning against the Gujarat Lions, Chris Gayle has also crossed the benchmark of 10,000 T20 runs.

Well, for those who couldn’t recognise what Gayle did, here’s is the explanation. Gayle replicated the salt sprinkling move which was done by a Turkish Chef Nurset Gokce. A video of this chef doing that particular move was shared on Instagram which crossed 5m views and later caught the internet’s fancy and within a blink of an eye, the memes started raining.