While chasing a huge total of 231 runs in the game number 52 of the Indian Premier League (IPL) 10 at the Wankhede Stadium in Mumbai, the Mumbai Indians would almost have taken away the games from the hands of Kings XI Punjab but it was Mohit Sharma’s magical last over which didn’t allow Rohit Sharma & Co. to do so. As a result of Mohit’s super over, Punjab defended their total and won the game by 7 runs.

Mumbai had a good start with the bat in the second innings as opener Lendl Simmons played a magnificent knock of 59 off 32 balls and later, Kieron Pollard tried his best to finish the game in favour of Mumbai. But unfortunately, three dot balls in the 20th over ruined their plan and they lost this power-packed game by 7 runs.

Mumbai needed 16 runs from the last 6 balls with Kieron Pollard and Harbhajan Singh to bat then while KXIP’s pacer Mohit Sharma had the bowl to deliver the final over. Amid too much pressure on both the teams, the over started.

First ball: Mohit to Pollard. Pollard hits it down the ground towards the straight boundary and goes for double. Meanwhile, skipper Glenn Maxwell grabs the bowl and throws it towards the wrong end as Pollard had reached to that end while Harbhajan was still midway towards the non-striker’s end. Mohit was furious but there came a blessing in disguise. Mumbai could only one run as another was declared as a short run. 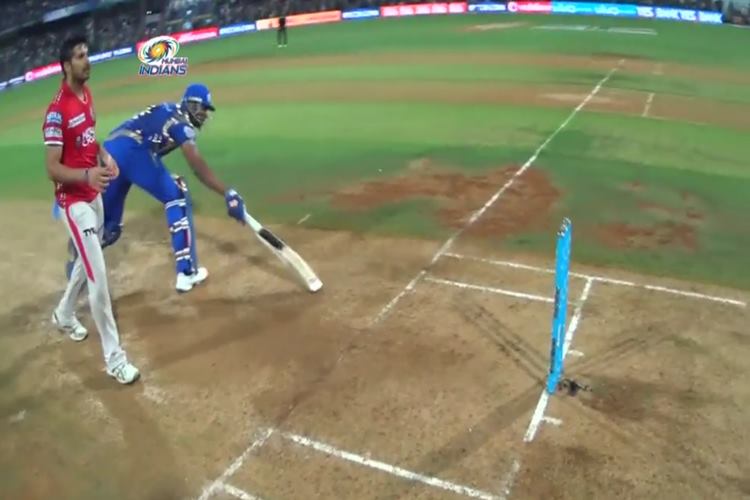 Second Ball: Mohit to Pollard and it was a huge six over the deep mid-wicket area. Mumbai needed 9 runs to win then. 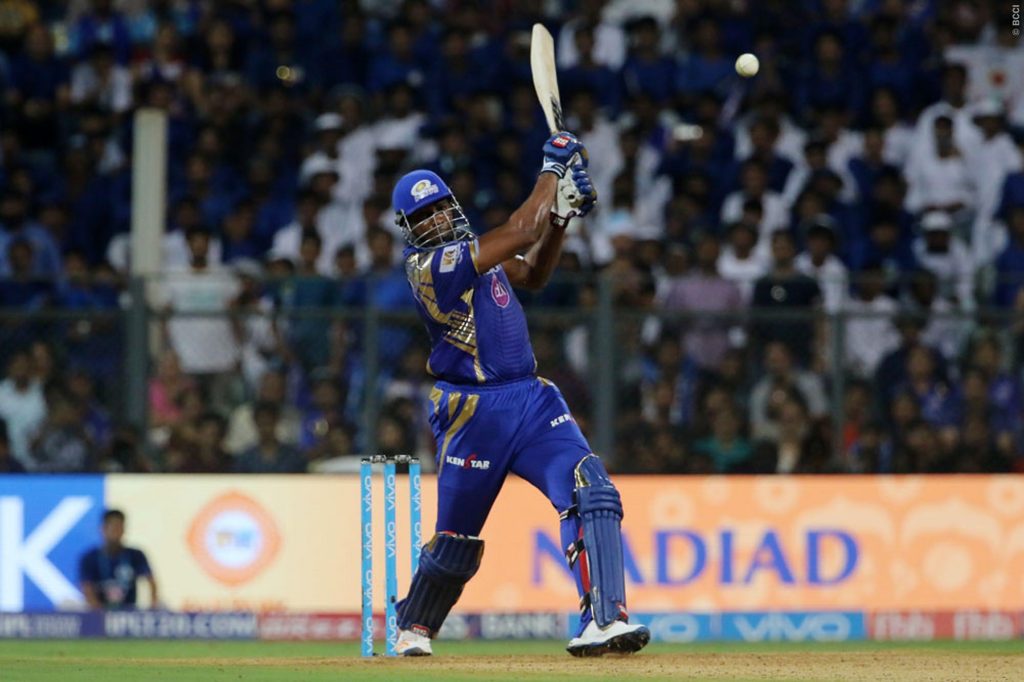 Third ball: Mohit to Pollard. No run there was. A dot ball from Mohit Sharma at such a crucial moment. 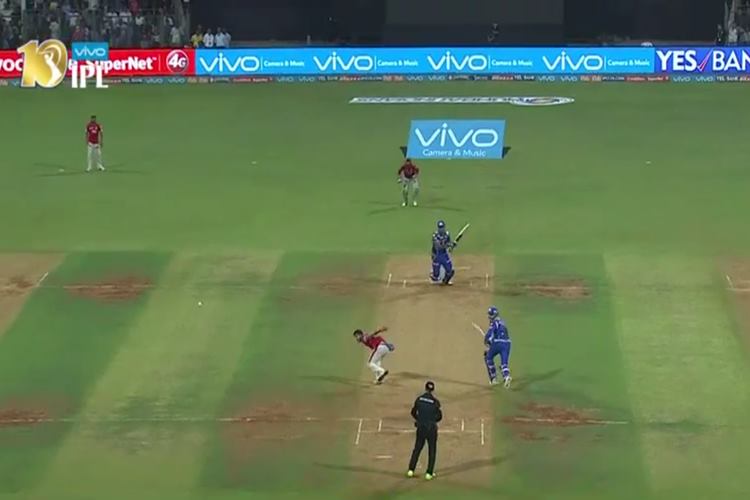 Fourth ball: Mohit to Pollard again. Another dot ball.  It was basically a yorker right at the base of off, all Pollard could do was to squeeze it back to the bowler. 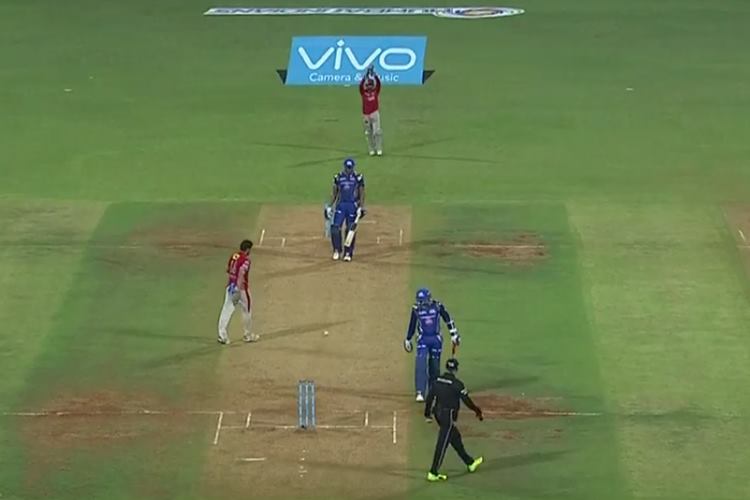 Fifth ball: Mohit to Pollard. Another yorker to bamboozle the batsman and no run came of it again. Pollard could play a shot while the ball landed in the gloves of wicketkeeper Wriddhiman Saha. 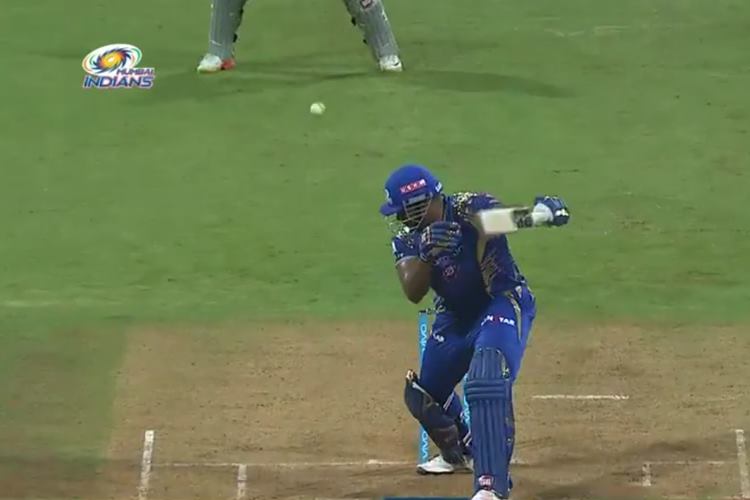 Sixth ball: Final ball and Mumbai needed 9 runs to win. Mohit to Pollard. Just one run off that ball and Punjab won by 7 runs. 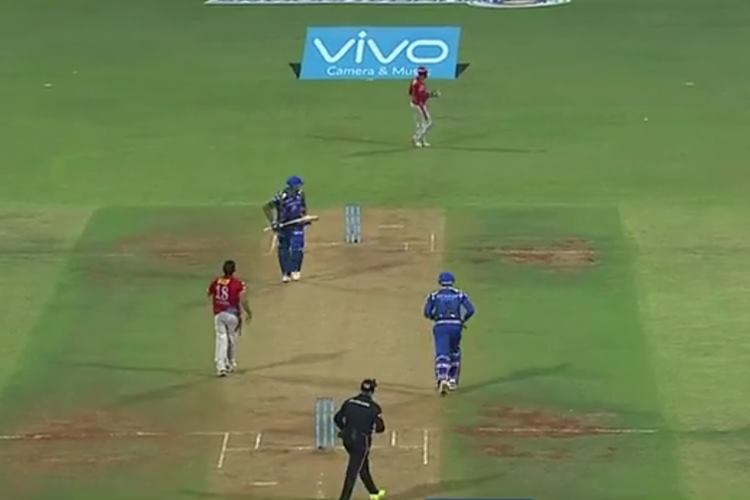 And finally, a nail-biter face-off came to an end with KXIP winning the game and gaining 2 more points to keep their chance to enter the play-offs alive.