As the game number 51 of the Indian Premier League (IPL) 10 between Mumbai Indians and Kings XI Punjab progressed at the Wankhede Stadium in Mumbai, the Punjab batsmen put the ground on fire with their brilliant batting performance. Having been boosted by a furious start, Glenn Maxwell & Co. didn’t leave any stone unturned to punish the Mumbai bowlers and man, they did it an outstanding fashion! Before the completion of 10 overs, KXIP had put 100+ score on the board and were moving ahead nice and strong. Meanwhile, the focus shifted to two people standing in the gallery and they were KXIP owner Preity Zinta and Abhishek Bachchan, who was wearing the Mumbai Indians blue jersey.

Both the celebrities were also seen supporting their respective teams on previous occasions but today, as the match was at the Wankhede stadium in Mumbai, they were spotted together. They had a leisure time together where they took selfies and were also seen mocking each other as both of them were cheering for two different teams. 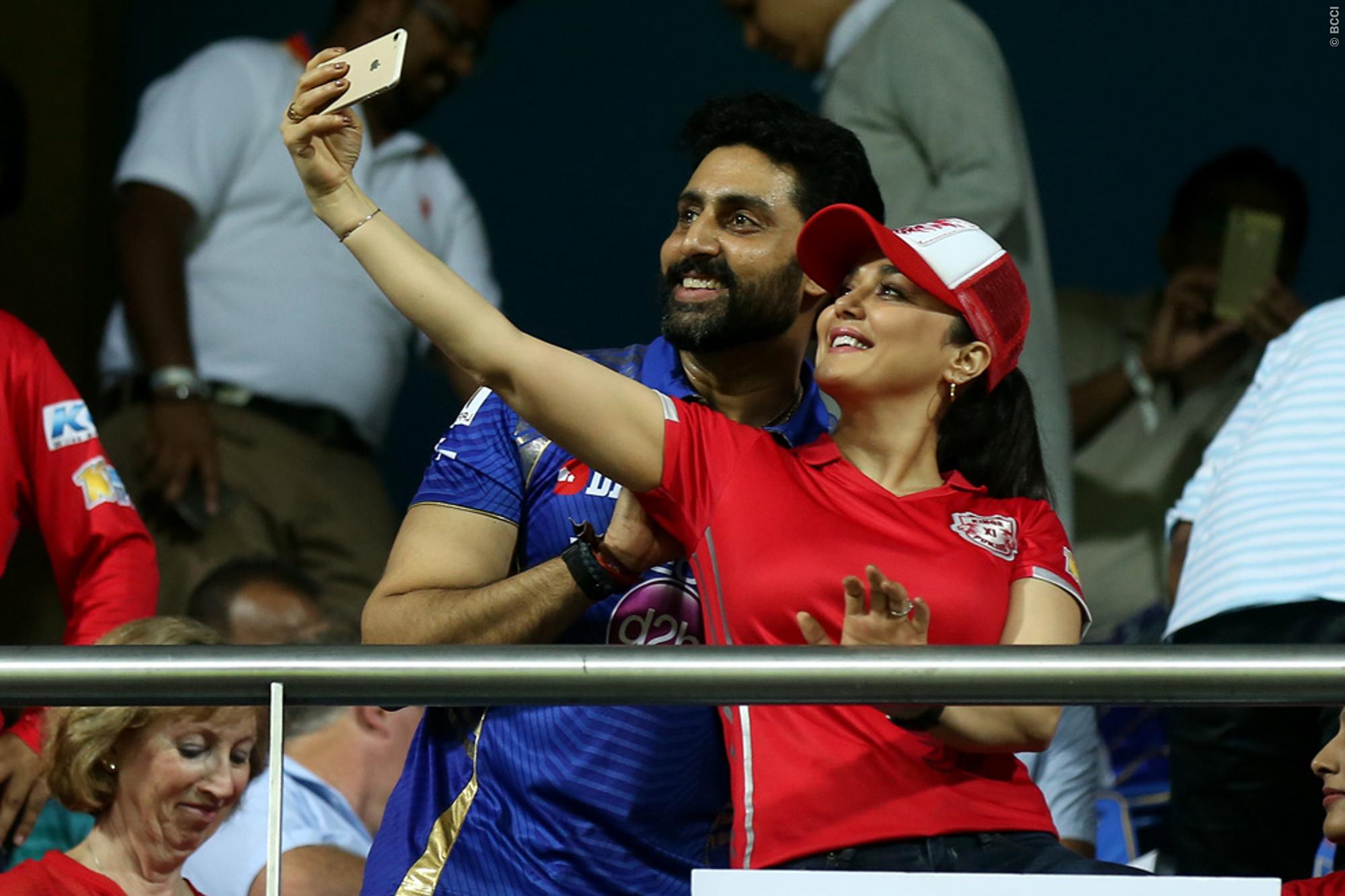 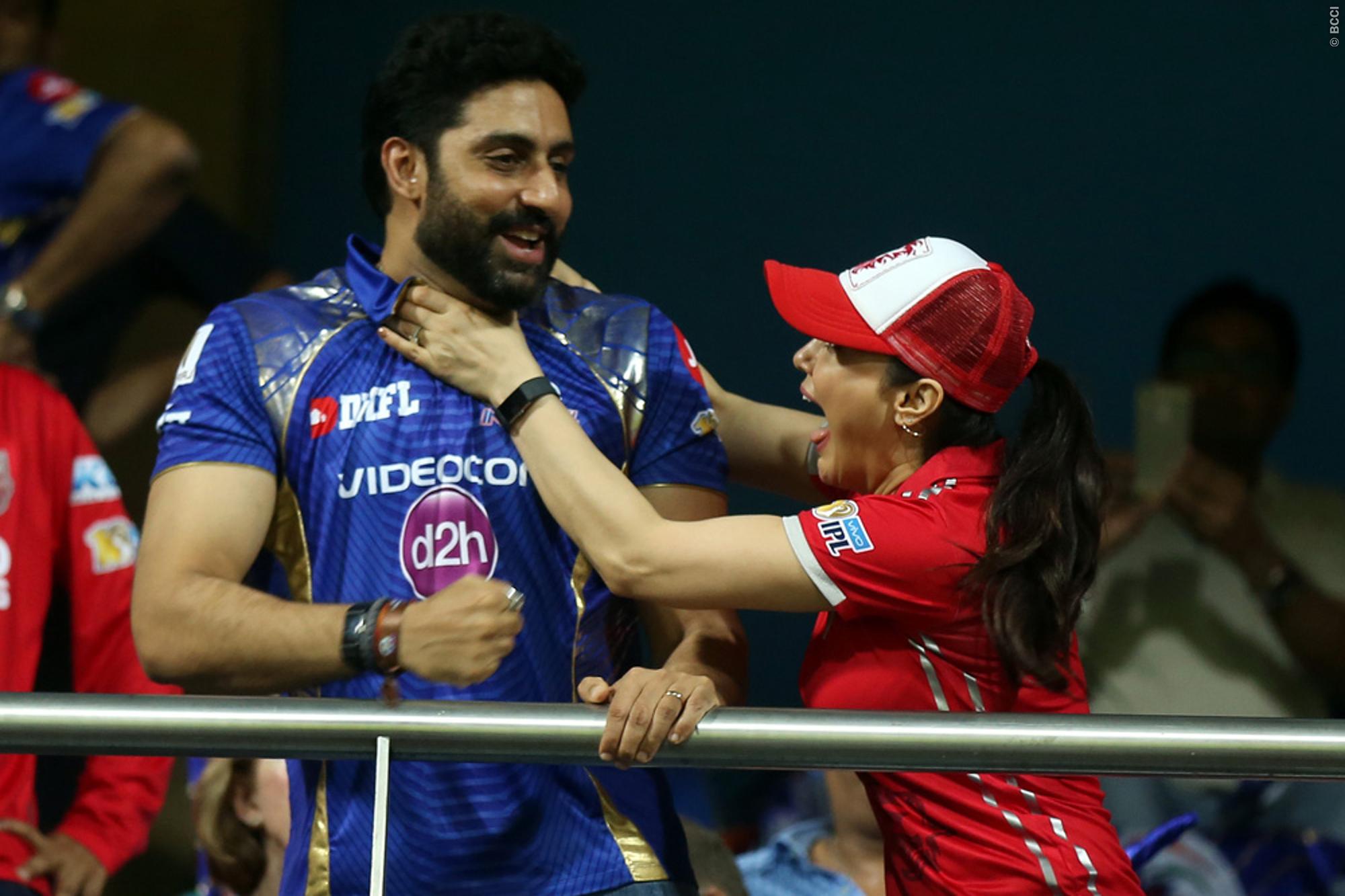 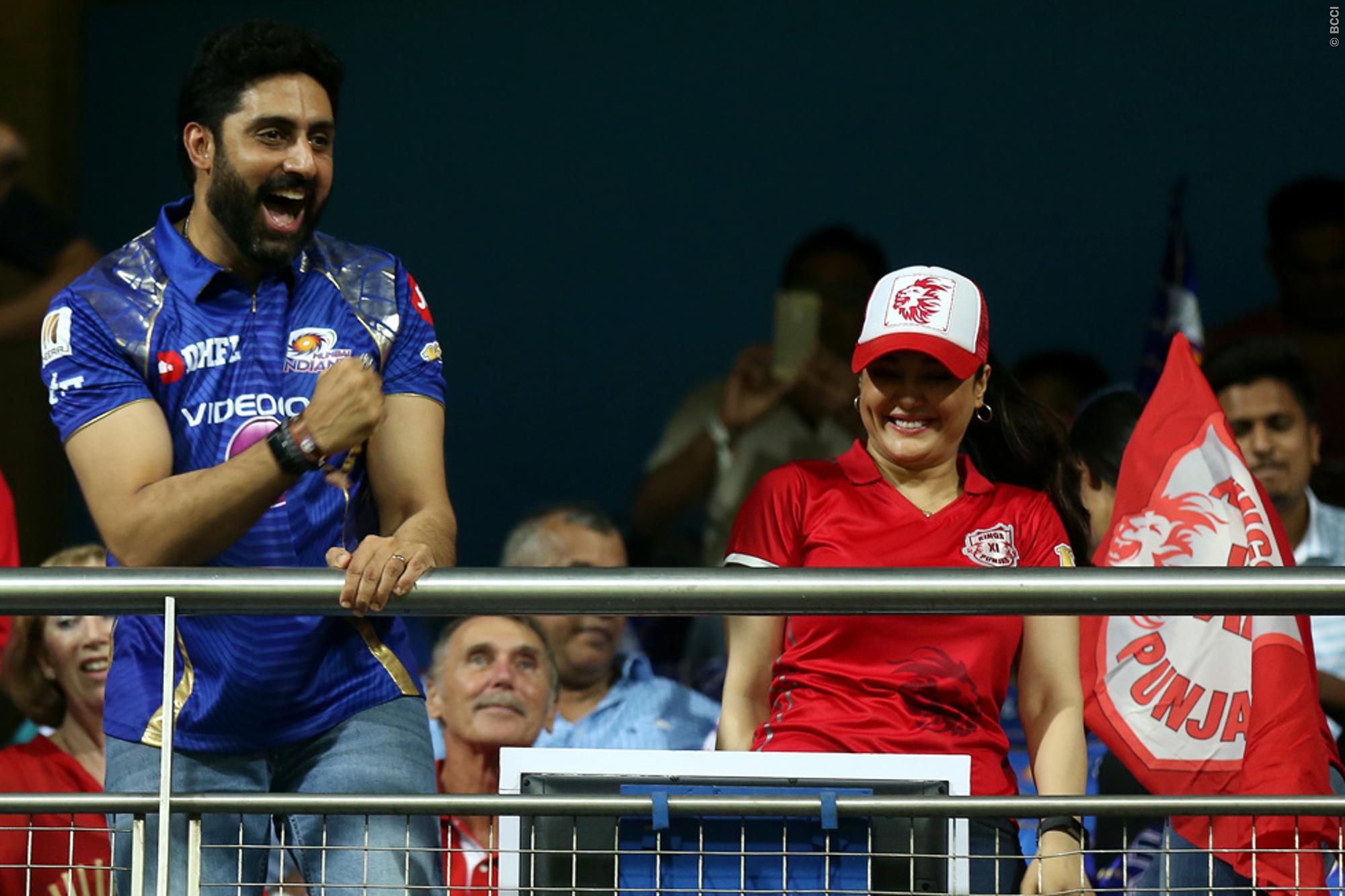 It was nice to see both these stars from Bollywood together after such a long time. Abhishek and Preity had also shared the 70 mm screen in the past as they featured in the film like Jhoom Barabar Jhoom and Kabhi Alvida Na Kehna. A song called ‘Bol Na Halke Halke’ from Jhoom Barabar Jhoom is one of the most popular songs in the Bollywood in which both of them shook a leg.

Meanwhile, KXIP had saved their best of batting performances for this very game against Mumbai Indians. They were asked by Rohit Sharma to bat first and with the help of their quick fiery batting, they set the highest team total of this tournament. Thanks to Glenn Maxwell’s quick 47 off 21 and then Wriddhiman Saha’s heroic 93 not out, Punjab put 230 runs on the board by the end of 20 overs.