An argument on the field is not something you want to see, especially between the players and the Umpire, Nand Kishore. During Kings XI Punjab (KXIP) and Gujarat Lions (GL)’s clash Sandeep Sharma gets involved in a heated exchange with the Umpire over his decision to give ‘no ball’ even when he did not overstep. Sandeep was surprised to see that the Umpire called a ‘no ball’ which got him furious, KXIP skipper Glenn Maxwell also argued with the Umpire for a while and was left perplexed.

Sandeep argued with the Umpire for a long time and did not agree with him even after a number of explanations. On seeing this, Gurkeerat Mann too tried to reason with the Umpire but he has already given his signal and made up his mind. Soon enough, Maxwell to came running from the boundary to get to the depth of the matter. 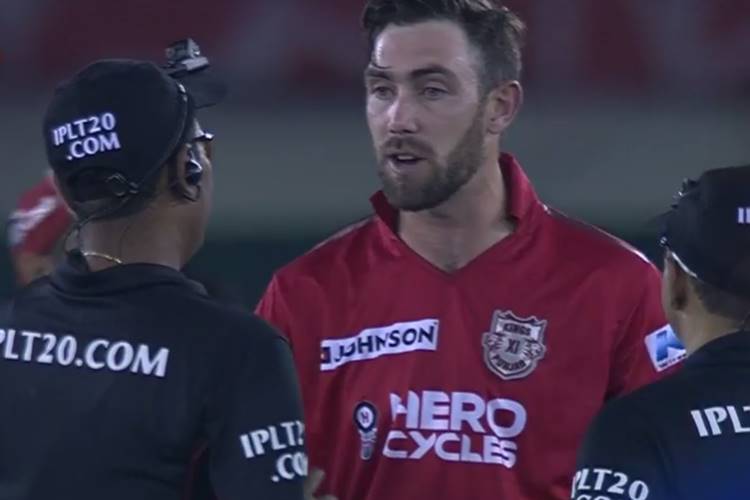 Umpire Kishore explained to him the whole scenario but even he did not agree with him and left with a disgusted look on his face. Sandeep said, ”that he informed that he is coming round the wicket” but the Umpire contradicted his statement saying, “that he has not informed me”. As the argument got a bit tense, Axar Patel too came in and wanted to know what’s going on. 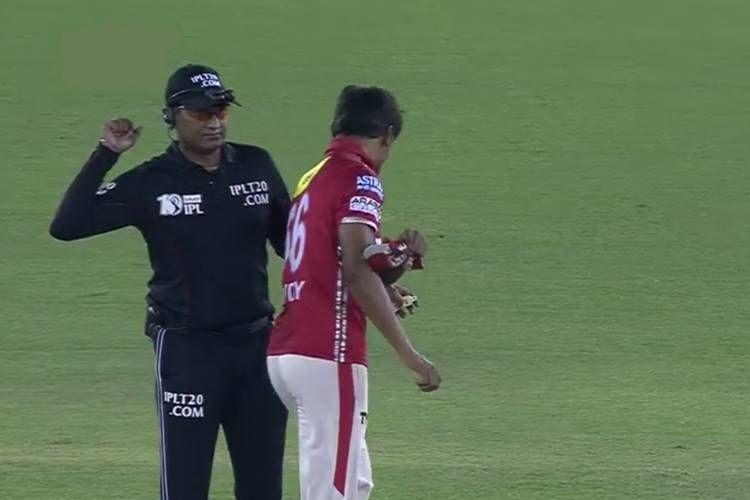 Though Kishan could not make the full use of the free hit as he took a single towards the long on, Smith came in on the next ball and hit him for a boundary.

After the completion of his over, Sandeep snatched his cap from the Umpire. Maxwell was upset with him as well and had animated gestures for him after the over.