Left-arm pacer from Gujarat, Jaydev Unadkat was at his athletic best during the Indian Premier League match between Kolkata Knight Riders and Rising Pune Supergiant at the iconic Eden Gardens in Kolkata on May 2 as he took a stunning reflex catch to dismiss KKR’s opening batsman Sunil Narine.

It was happened during the first over of Kolkata’s innings, when Sunil Narine, who was looking to open his run account, played a straight drive back in Unadkat’s direction, the left-arm seamer stuck out his bowling hand in his follow-through to took a stunner. 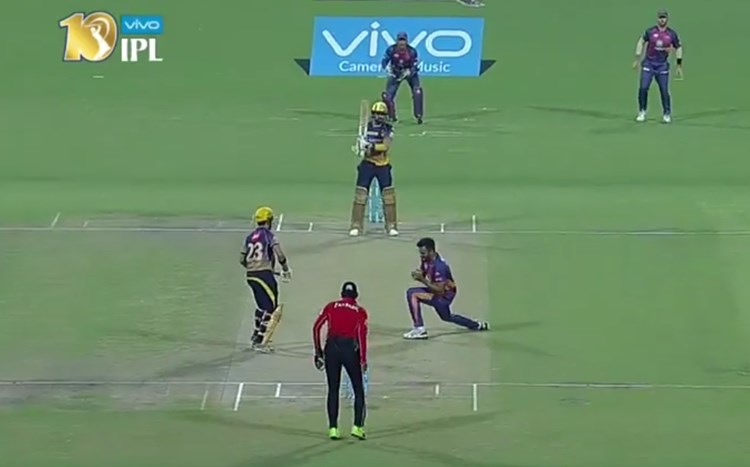 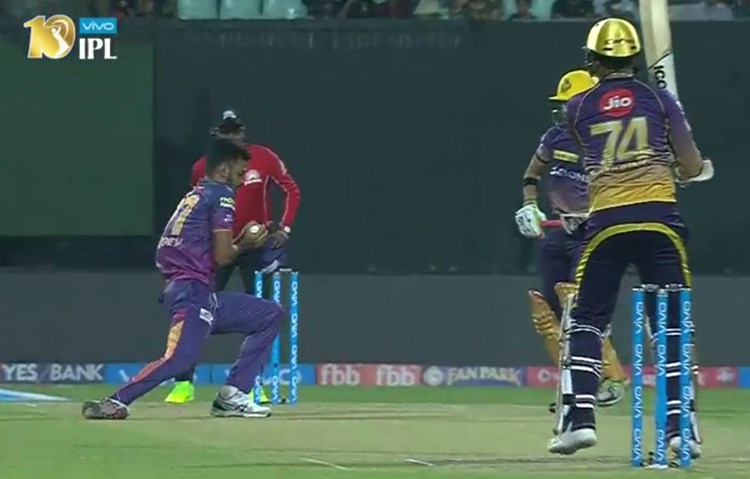 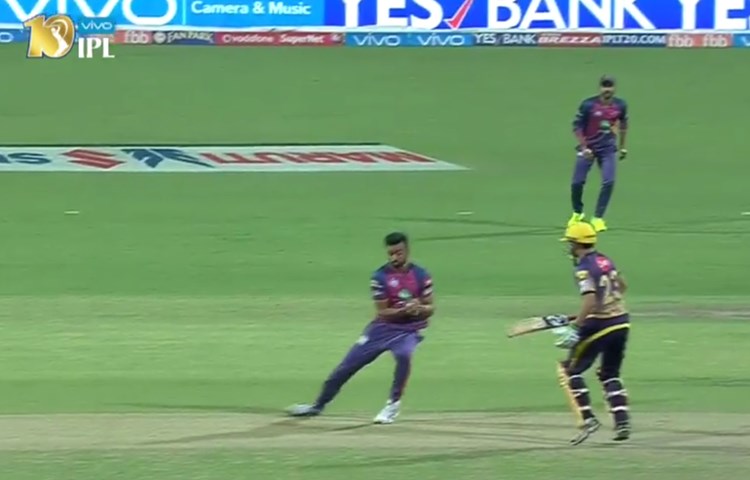 For this game, KKR made one change as in-form batsman Robin Uthappa was ruled out due to a niggle. Suryakumar Yadav replaced him. Pune named an unchanged team from the previous match which they won by five wickets against Gujarat Lions.

Till the last report came in, KKR after 15.4 overs were struggling at 114 for the loss five wickets.