Time and again the game of cricket has shown us the brighter part of many players through their on-field activities. Such generous incidences have not only earned them respect but also proved that why cricket is called as the gentlemen’s game. Something similar happened on May 2 at the Feroz Shah Kotla stadium in Delhi during the 40th game of the Indian Premier League (IPL) 10 between the Delhi Daredevils and Sunrisers Hyderabad.

It was in the second innings when DD were batting as they needed to score 186 runs to win while Rishabh Pant was there on the field who came to bat at number 3. Delhi already had a soothing start and they were gradually moving ahead to chase down the target. Meanwhile, Rishabh Pant’s left shoe lace got untied and he had to halt for while to get them tied. As he had put on the batting gloves, he needed to take them off so he could tie them himself which would have consumed a bit more of time.

Yuvraj Singh, who was present nearby, came closer to Pant, bent down on his knees and did the favour for the youngster. The moment was captured in the camera and the picture was shared on the official website of IPL. 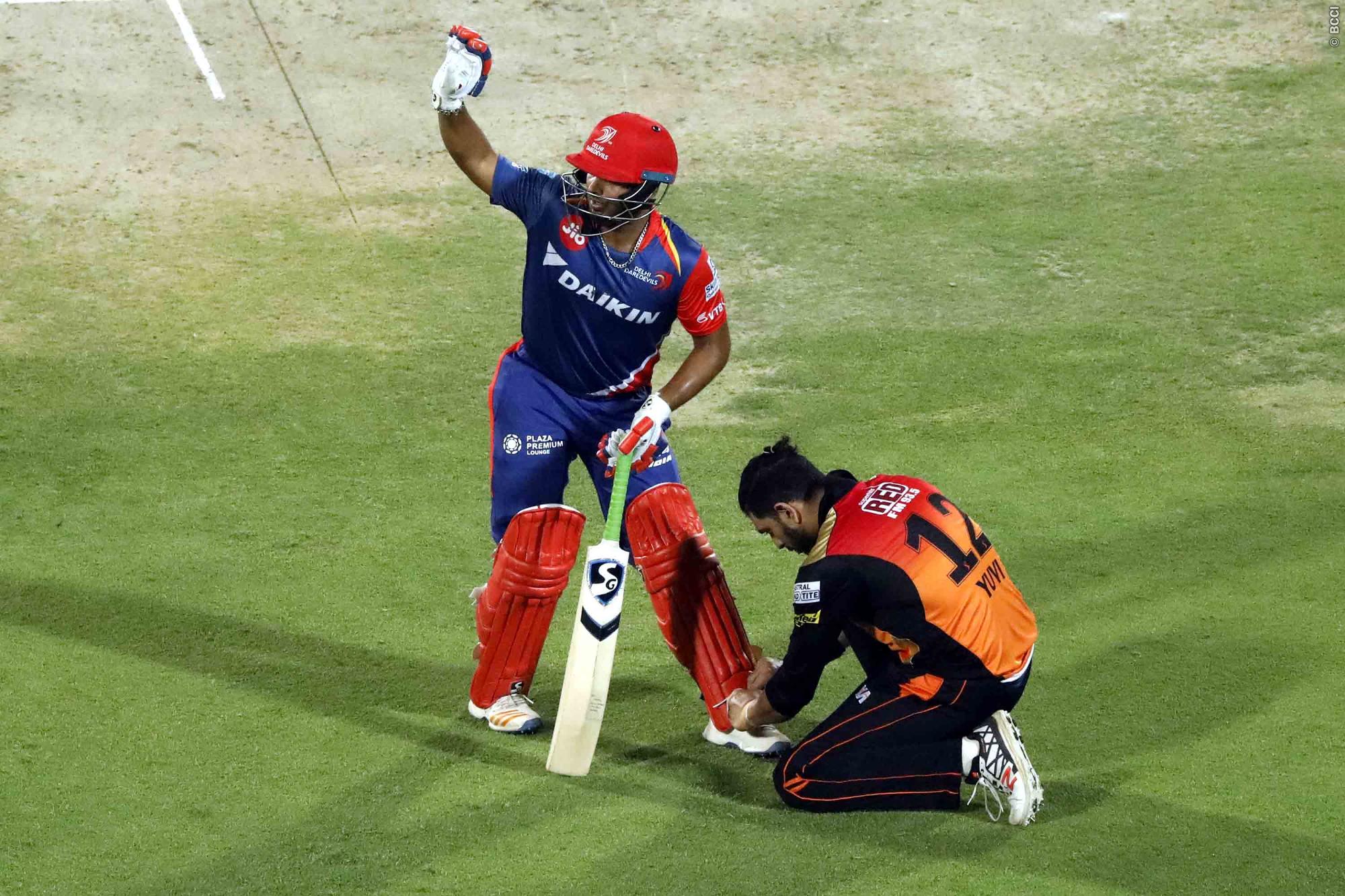 Being one of the senior most players present on the field, Yuvraj didn’t hesitate to help out a junior player of the opponent team. His goodwill gesture kept the spirit of cricket high and indeed he won the hearts of millions of spectators watching this incident on live television.

Later, Pant scored a quick knock of 34 runs off 20 balls while Delhi successfully won the game by defeating Hyderabad by 6 wickets.