Once again the Bollywood met cricket during the final game of the Indian Premier League (IPL) 10 between Rising Pune Supergiant (RPS) and Mumbai Indians (MI). In order to promote their upcoming film of “Mubarakan”, Bollywood star Anil Kapoor and his nephew and actor Arjun Kapoor arrived on cricket-based talk show “Extraaa Innings T20” on the final of the Indian Premier League (IPL) on May 21.

The forthcoming film’s director Anees Bazmee said in a statement: “For me, the first look of my film is very important as it sets an expectation and curiosity to know more about the film.”

“Cricket and movies are loved by the nation and what better day than the IPL finale to show all the viewers worldwide the first look ‘Mubarakan’. 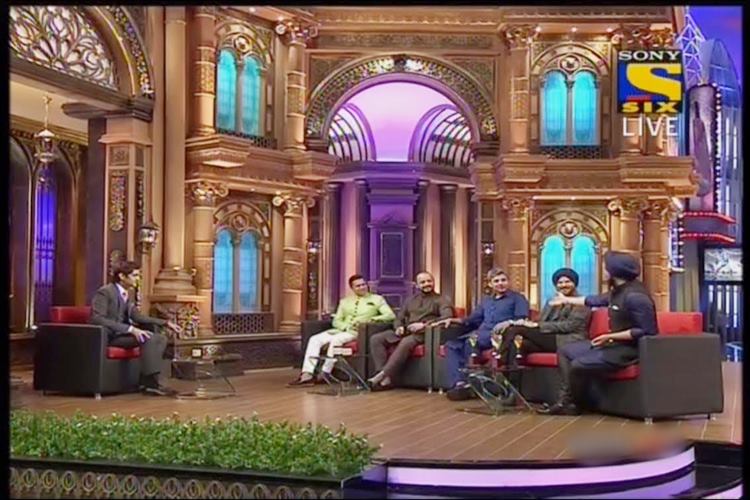 Earlier while interacting with the media, Anil said it’s a very special moment for them. He said,”We are very happy to share with the world our first official communication from the film. We can’t wait for our fans worldwide to see what we are going to put on May 21.”

While Arjun Kapoor also found IPL to be a big platform for their promotions.

“It’s a great way to reach out to a vast audience on the big day of the finals. I will be there to talk about our film ‘Mubarakan’ and release something very special about the film,” said Arjun.