Riding on a superb bowling display by Mitchell Johnson, Mumbai Indians beat Rising Pune Supergiant by 1 run to lift the Indian Premier League trophy for the third time in a nail-biting thriller at the Rajiv Gandhi International Stadium in Hyderabad on May 21. Previously, Mumbai Indians lifted the trophy in 2013 and 2015.

Earlier, Mumbai Indians skipper won the toss and he elected to bat first in the final clash of this season’s cash rich tournament. Mumbai were off to poor start as their top and middle order batsmen put up a horrific show against the disciplined bowling from Pune and the Rohit Sharma-led side were left reeling at 79/7 in the 15th over of the crucial tie. Then came all-rounder Krunal Pandya to rescue his team as he scored vital 47 off 38 deliveries. His match winning knock guided Mumbai Indian to post 129 runs total on the board. However, this was Mumbai Indians worst ever total in the IPL finals. 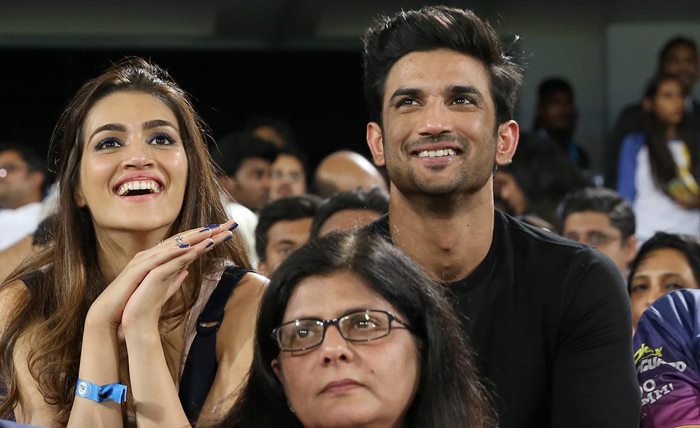 Bollywood actors Sushant Singh Rajput and Kriti Sanon during the final of Indian Premier League between the Rising Pune Supergiant and the Mumbai Indians. (PIC BCCI)

Krunal Pandya’s knock was laced with three fours and two sixes. Besides Krunal, Mumbai Indians skipper Rohit Sharma was the other leading scorer for the team with 24 of 22 balls.

For Pune, Jaydev Unadkat, Adam Zampa and Daniel Christan were the pick of bowlers for picking two wickets each. 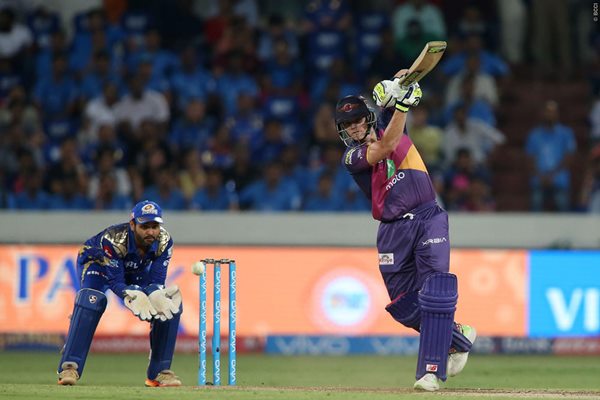 In reply, Pune’s opening batsman Ajinkya Rahane provided solid start to his team as he scored 44 off just 38 balls. During his stay in the middle he smashed 5 fours. Besides Rahane, team’s skipper Steven Smith played the important knock of runs off balls. But, Mumbai Indians bowlers made a strong comeback to restrict the Pune team on 128. 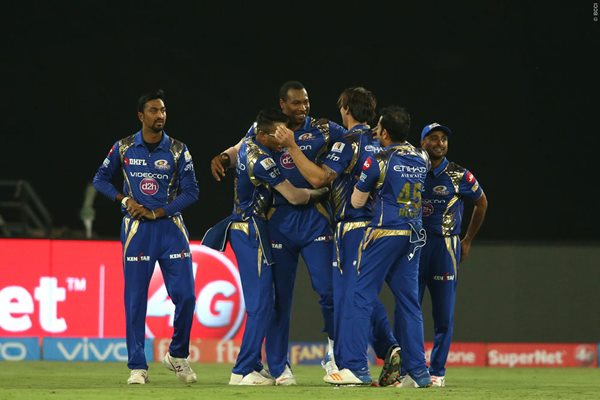 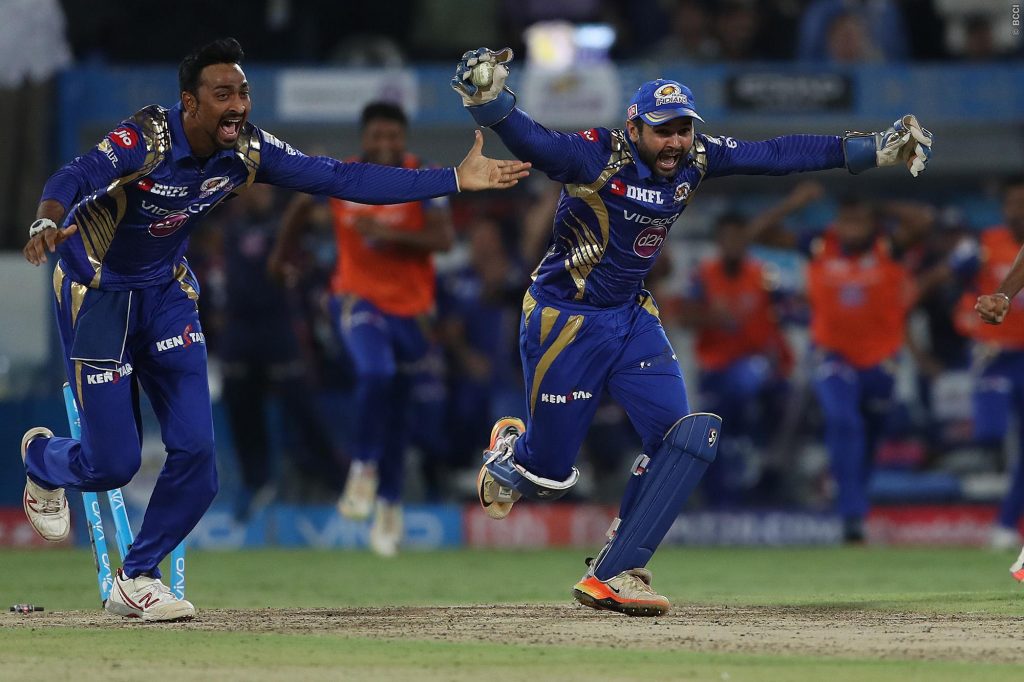 For Mumbai, Mitchell Johnson was the pic of bowler for picking two crucial wickets of Manish Pandey and Steven Smith in the final over. Finally, needing 4 runs in the last ball, Pune managed to score just 2 runs to lose the battle by 1 run.