First, we saw a stunning catch by MS Dhoni which dismissed Marlon Samuels followed by his ultra-quick stumping to send Corey Anderson back to the pavilion. But later, the temperature of the game number 52 of Indian Premier League (IPL) 10 between Delhi Daredevils (DD) and Rising Pune Supergiant (RPS) increased when the most expensive player of this tournament, Ben Stokes, took a next to impossible looking catch across the boundary line. His extraordinary efforts amazed each and everyone watching the game.

It was the last over of the first innings when Mohammed Shami had to Jaydev Unadkat and Delhi’s team total was 166/7. Shami went for a biggie and hit the ball high in the air towards the deep mid-wicket boundary. The ball had almost crossed the boundary line but suddenly Ben Stokes appeared on the scene as a superhero and attempted to grab the ball. He held the ball but he realised that he is going over the ropes. 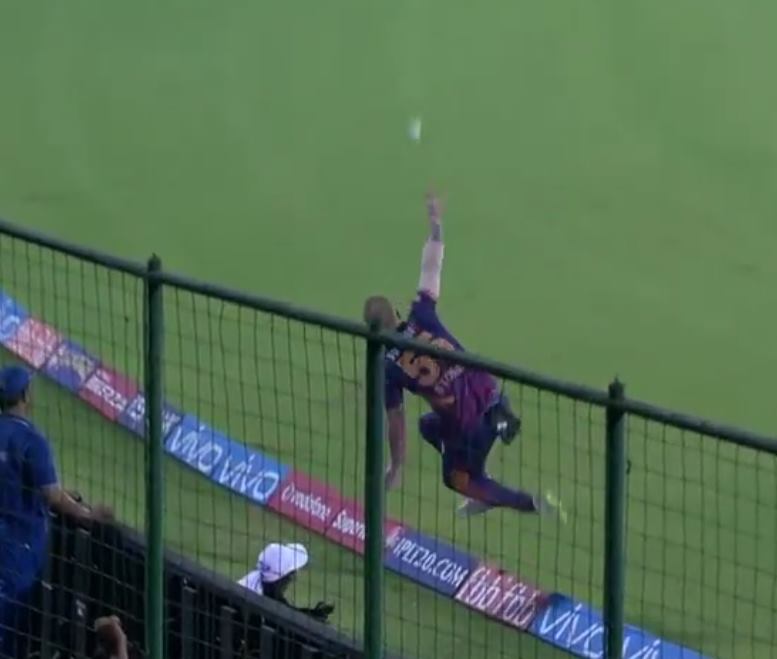 Shami had tried his best to hit a huge six but for sure, Stokes spoiled the party and he had to return to the pavilion. Stokes’ catch and Shami’s dismissal not only gave Jaydev Unadkat a wicket but also a reason to the Twitterati to pour their expressions and praise him.

Stokes is a freak…

To describe that effort from Ben Stokes in less than 140 characters would be a tough ask. Beyond Words @RPSupergiants #RPSvDD

You just can’t keep Stokes out of the game…3 runs off the 19th and then an unbelievable catch. Super stuff. #DDvRPS #IPL

I have enjoyed watching @benstokes38 enormously this year. And this catch was the topping!

WHAT IS HAPPENING!? @benstokes38 is a beast in the field! He made that look effortless! BOW DOWN! DD 166/8 #RangWahiJungNayi #DDvRPS

Amazing on the boundary, @benstokes38 , what an effort!!!! pic.twitter.com/PABoq0vZ6k

Well deserved hatrick for Unadkat .But Ben Stokes has been really exceptional. Great victory for Pune.#SRHvRPS

That Stokes chap is a bit good