A few days back the entire nation saw the sportsman spirit of Indian batsmen Yuvraj Singh during the Delhi Daredevils (DD) vs Sunrises Hyderabad (SRH) at Feroz Shah Kotla, Delhi. Yuvraj helped his junior from the opponent team, Rishabh Pant, by tying up his untied shoe laces during the game. And today, in the game number 41 of the Indian Premier League (IPL) 10, it was Gujarat Lions skipper Suresh Raina, who consoled the youngster after he was dismissed for 97 and missed his maiden IPL century by mere 3 runs.

Delhi needed to chase down a humongous target of 208 in 20 overs. Delhi stand-in skipper Karun Nair departed early and then came the man at number 3, Rishabh Pant. Pant has always been known for his batting capabilities but somewhere something seemed missing whenever he batted. But today, he looked totally in a different skin. He and Samson added 143 runs for the second wicket and both of them scored their respective half centuries. Surprisingly, Samson didn’t hit a single boundary but smashed 7 sixes and scored stunning 61 off 31 balls before he was dismissed by Ravindra Jadeja.

But Rishabh Pant had his beast mode on. He didn’t spare any of the Gujarat bowlers and ruined their economy. Playing with a strike rate of 225.58 and hitting 9 sixes (most in the match) and 6 fours, Pant played a monstrous knock of 97 runs off 43 balls and stormed Delhi innings close to victory. But in the 15th over, when he was heading towards his maiden century, he was dismissed by Basil Thampi and was left heartbroken.

There came Suresh Raina who cuddled him like a kid, consoled him and appreciated his efforts. On the other hand, Basil Thampi also patted him on his back for his heroics. 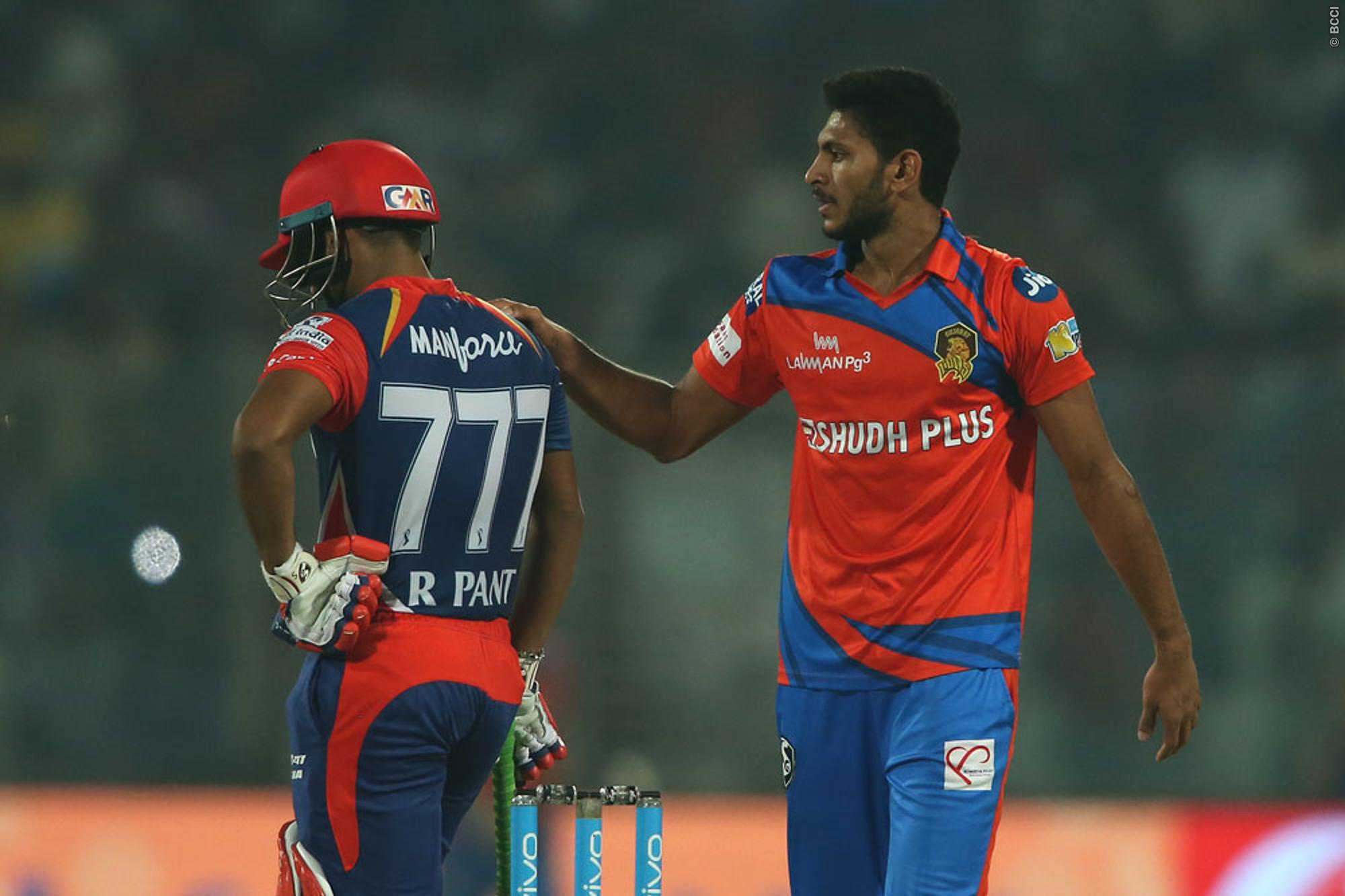 Well, this gesture by Suresh Raina proved that why these players are one of the big names in Indian cricket and are known for their big hearts. Though Delhi won the game by 7 wickets and it was pretty big victory in this tournament but for obvious reasons, Suresh Raina won million hearts.