Left-handed batsman Rishabh Pant played a memorable knock of 97 runs off just 43 balls to guide his team Delhi Daredevils to a much-needed win over Gujarat Lions in an Indian Premier League match at at the Ferozeshah Kotla stadium in New Delhi on Thursday.

Pant, who came into bat at number 3 after falling of Karun Nair’s wicket, added 143 runs with Sanju Samson for the third wicket. Chasing mammoth 209 runs target, Delhi chased down the target with 15 balls to spare and 7 wickets in hand.

Pant, who fell 3 runs short from his debut IPL century, struck 9 huge sixes and 6 fours during his stay in middle. Besides Pant, Sanju Samson too played a vital knock of 61 runs off just 31 balls. During his stay at the crease, he smashed Gujarat bowlers 7 huge sixes. But, Rishabh Pant was the showstopper.

Earlier, Delhi skipper Karun Nair won the toss and he invited Gujarat Lions to bat first in a must win battle for both the teams. 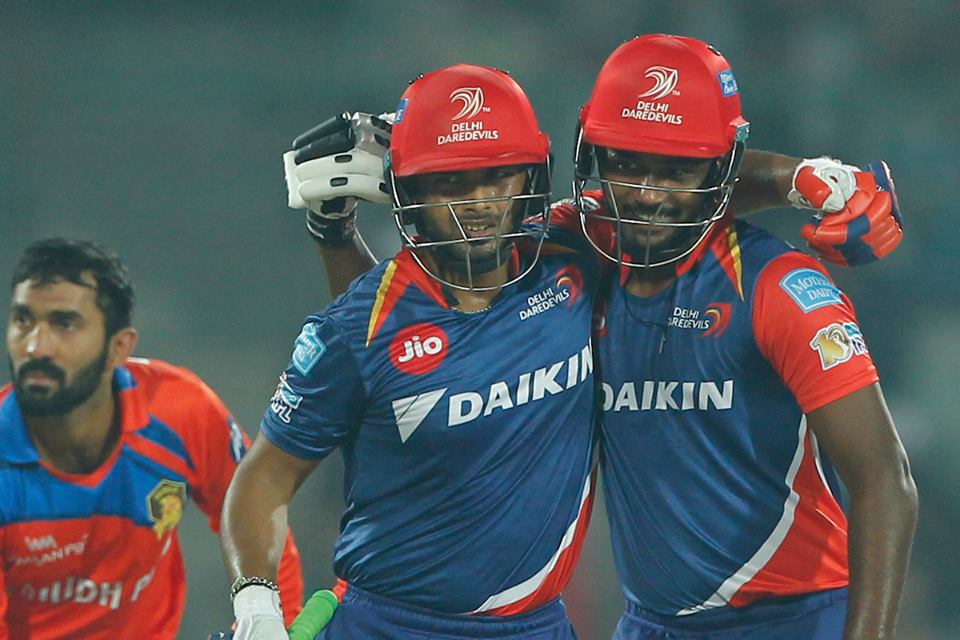 For Gujarat, Suresh Raina played a captain’s knock of 77 runs off 43 balls. He smashed 5 fours and 4 sixes. Besides Raina, wicket-keeper batsman Dinesh Karthik (65), who came to the crease when the visitors were reeling at 10/2 in the second over., played the sensible innings of 65 runs off just 34 balls to help Gujarat to get out of troubled waters.

For Delhi, pacers Rabada and Cummins scalped two wickets each.