Chasing the massive target of 214 runs, Suresh Raina-led side could only manage to score 192-7 runs. For Royal Challengers Yuzvendra Chahal was the pick of bowler. He took wickets in his quota of 4 overs.

For GL, New Zealander Brendon McCullum top scored with 72 runs off just 44 balls. During his stay, the right-handed batsman smashed 7 sixes and 2 fours.

Earlier, asked to bat, RCB got off to a thunderous start with Chris Gayle and skipper Virat Kohli put up 122 runs in 13 overs without losing a wicket. 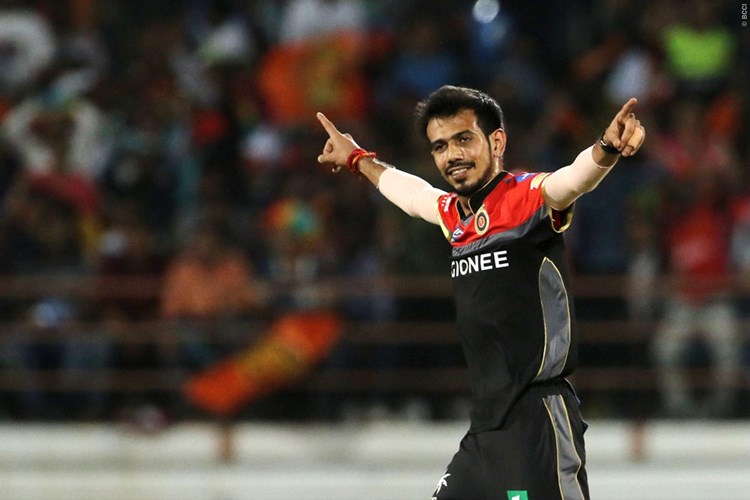 Chris Gayle, who made a comeback after being dropped for few matches due to poor form, struck magnificent 77 off just 38 balls. During his knock, the left-hander hit 7 sixes and 5 fours. Meanwhile, Gayle added another feather to his cap as he crossed the 10,000 runs milestone in T20 matches.

On the other hands, RCB skipper Virat Kohli too played a captain’s knock of 64 runs. Kohli, who had faced 50 balls, struck seven boundaries and a six during his stay in the middle.

Besides them, Kedar Jadhav too played a fiery knock of 38 (not out) at the team to help his team to set a mammoth 214 runs target for the Gujarat Lions.

For Gujarat, Basil Thampi and Dhawal Kulkarni were the pick of the bowlers for picking up one wicket each, respectively.