In a major blow to Gujarat Lions, team’s opening batsman Brendon McCullum and pacer Nathu Singh have been ruled out of the remainder of this year’s Indian Premier League (IPL) tournament due to injuries.

“While McCullum endured a strain in his left hamstring during fielding against Delhi Daredevils on May 4, Nathu suffered back spasms during the Lions’ home game in Rajkot against Kings XI Punjab.

“Nathu hasn’t played a match since then,” the IPL franchise said in a statement on Friday.

“The New Zealander has been advised three-four weeks of intensive rehabilitation so as not to aggravate the damage in his hamstring,” the statement added. 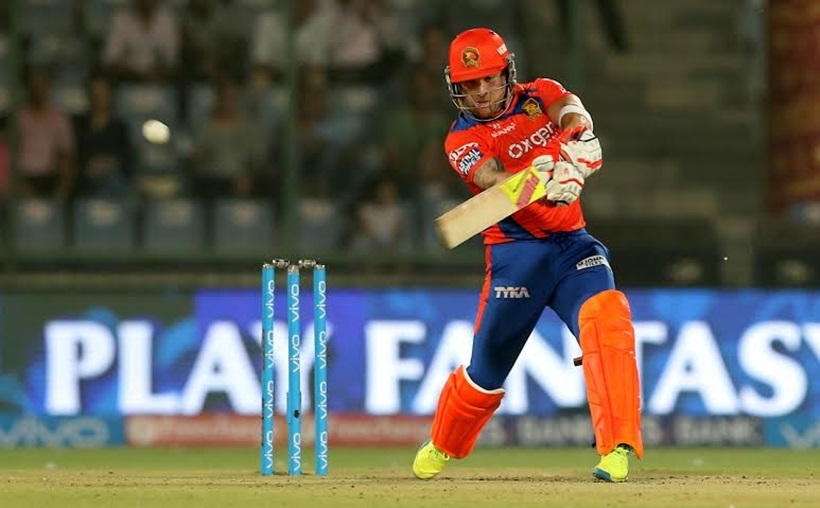 Brendon McCullum of Gujarat Lions in action at the IPL match against Delhi Daredevils at Feroze Shah Kotla stadium in New Delhi on April 27th 2016.Express photo by Ravi Kanojia.

McCullum has scored 319 runs at a poor average of 29 in the 11 matches he has played so far in this year’s IPL. His highest score was 72.

Nathu has struggled to find a place in the playing XI this season. He has played only two matches and has claimed just one wicket.

Suresh Raina-led Gujarat Lions is currently at seventh position at the points table with 6 points after 11 games.

Gujarat will next face Glenn Maxwell-led Kings XI Punjab at the Punjab Cricket Association Stadium in Mohali on May 7. This would be a do-or-die battle for both the teams.