After a nail-biter face-off between the Mumbai Indians (MI) and Rising Pune Supergiant (RPS) in the season finale of Indian Premier League (IPL), Rohit Sharma & Co. lifted the trophy for the 3rd time and became the champions after 2 years. Mumbai, despite a poor batting show and a low score of 129 runs, defeated Pune by 1 runs and won the game at the last ball. The game was totally electrifying which gave multiple shocks at different moments throughout the game.

The RPS dugout has some down faces as they fought really hard to reach the finals but missed the shot just by an inch while the Mumbai squad members were all around the Rajiv Gandhi International stadium celebrating their huge victory.

After the game ended, a number of players received exciting prizes for doing extremely well throughout the tournament and ended up being the best in that category. 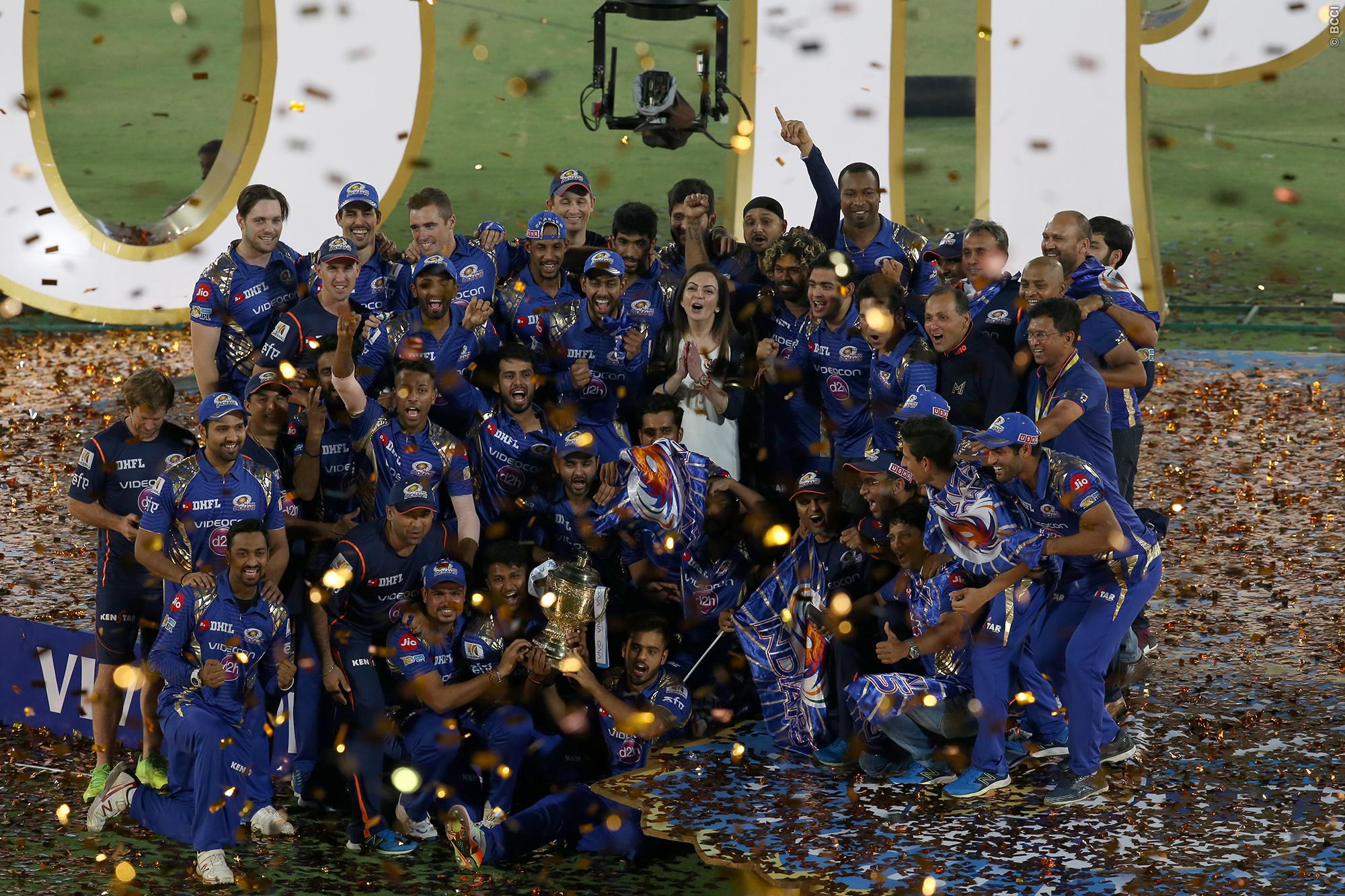 Mumbai Indians celebrate the win during the IPL 2017 final