After continuous two victories in their first two matches, the Sunrisers Hyderabad faced their first defeat against the Mumbai Indians in the 1oth game of the Indian Premier League (IPL) 10 today at the Wankhede Stadium. Mumbai, after winning the toss, elected to bowl first and barred the Hyderabadi opponents at a total of 158 runs. Though Hyderabad had a massive start and the opening pair of Shikhar Dhawan and David Warner built a partnership of 81 runs for the first wicket while rest of the batting line-up couldn’t do anything special. Yuvraj Singh, who scored his fastest IPL fifty in the opening game, could only score 6 runs in this game.

In the second innings, Mumbai batsmen started it with few hick-ups but in the later half, it seemed to be a cake walk for them as gradually they took the victory away from the arms of Hyderabad. Meanwhile, the pressure was brewing up not only among the SRH boys but it was clearly visible on someone else’s face too. It was Yuvraj Singh’s wife Hazel Keech who was spotted in the crowd with a disappointed face as it was pretty clear that Hyderabad was losing the grip on the match. 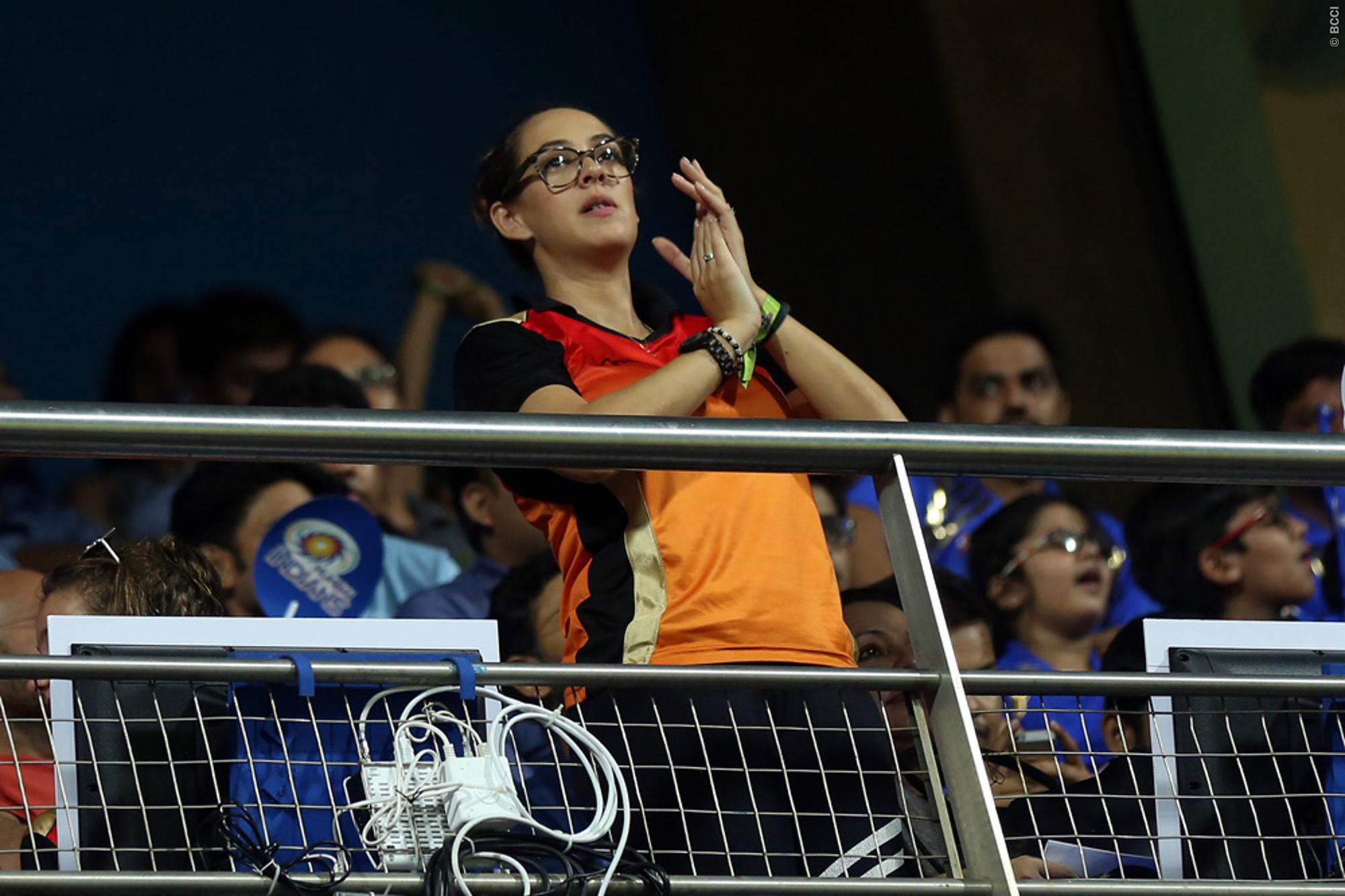 Apart from the Hyderabad boys and Hazel, the SRH fans were also disappointed and there was complete silence in the SRH dugout. Hyderabad lost the game by 4 wickets and finally, their carnage of victory stopped for a while.

Earlier, Turbanator Harbhajan Singh’s wife Geeta Basra and his daughter Hinaya Heer were also spotted among the crowd who were cheering for the Mumbai Indians. Harbhajan also delivered a phenomenal spell of 4-23-2 and dismissed David Warner at 49. Jaspreet Bumrah’s spell turned out to be the most outstanding one in today’s game. He took 3 wickets and conceded just 24 runs in 4 overs.