With the course of time, the game of cricket has come across a series of changes in many ways. Be it the style of playing cricket or the look of any cricketer, the gentlemen’s game has seen it all. Almost a decade back, people mostly used to copy the looks of their favourite soccer player but now the time has changed. The modern era cricketers have outplayed the football players in terms of style statement and look and an example of the same was seen today in the match number 20 of the Indian Premier League (IPL) 10 between the Royal Challengers Bangalore and the Gujarat Lions in Rajkot when Ravindra Jadeja came on to the field.

Gujarat Lions’ main spinner, Ravindra Jadeja, was seen in a totally new avatar. Jadeja, who is usually seen in curly long hairs with dense beards on his face while playing on the field, was spotted with a semi-shaven face as he was donning the ducktail beard style. Another change which was spotted in his look was his hairstyle which was no more curly but straight.

Jadeja has certainly found a new way to brace himself in the game against the Royal Challengers Bangalore at the stage where both the teams are starving for a win.

Meanwhile, Jadeja’s co-cricketers were seen having leisure time ahead of the game. In a picture shared on the official website of IPL, RCB skipper Virat Kohli could be seen laughing out loud while pointing at Ravindra Jadeja. Now, the reason behind Kohli’s monstrous laugh is not yet clear but it seems very likely that Kohli might have found Jaddu’s new hair and beard do a bit funny. 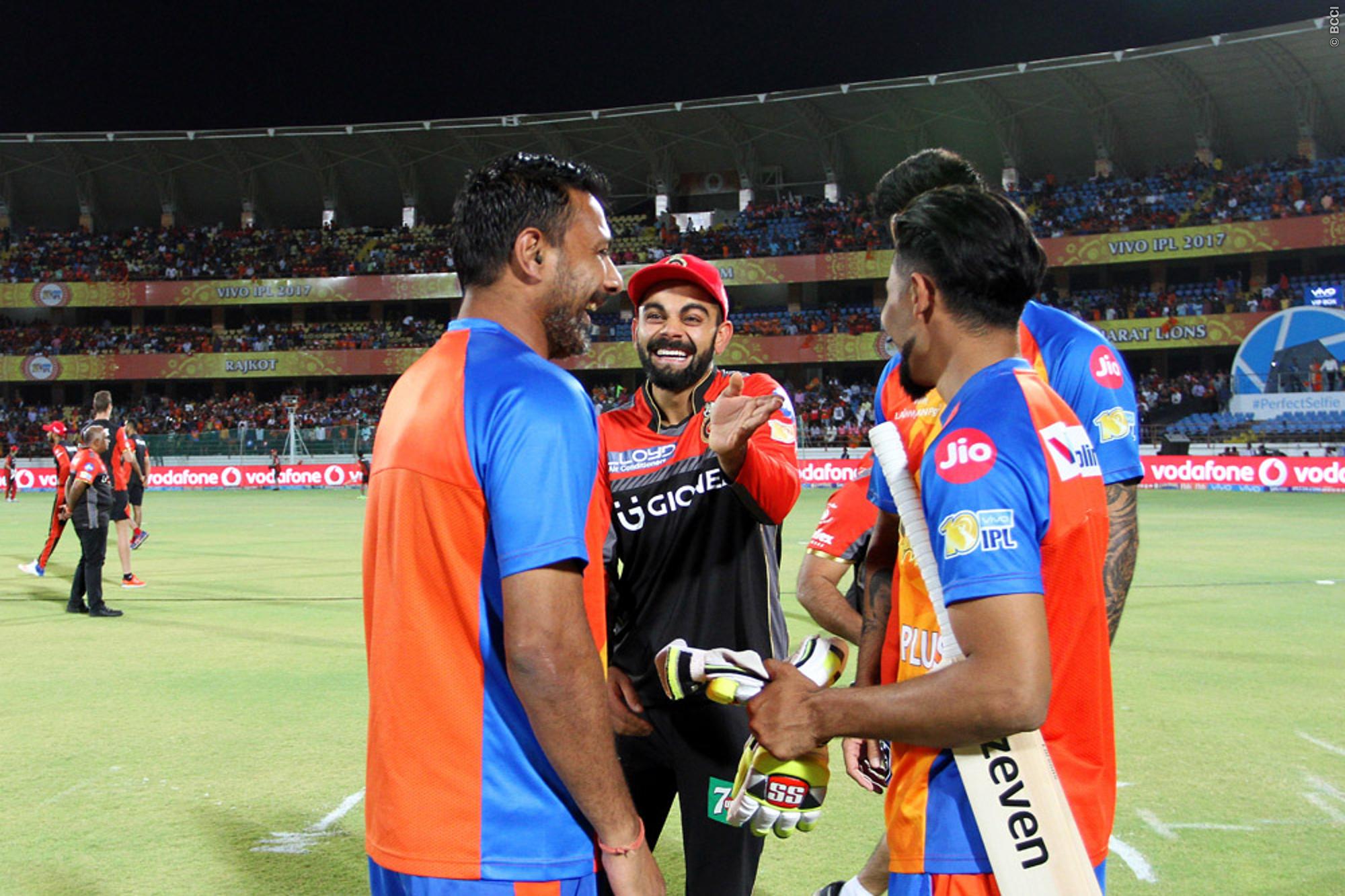 But whatever might be the reason, Twitterati found Jadeja looking more stunning and stylish than before.

Finally A Man Has The Guts To Shave It! Well Done, Jadeja! #BreakTheBeard pic.twitter.com/0vskdgtucw

The nature has decided that there will be beard on man’s cheek, who d fck @imjadeja is to set the trend #BreakTheBeard ? #Jadeja @SirJadeja

Sir Ravindra Jadeja is called SIR for a reason and he is gonna prove it off the field too! #BreakTheBeard

Sir Jadeja #BreakTheBeard trend and set another one