With news making the rounds that former Indian pacer dating Zaheer Khan, the news has just been made public that he has got engaged to Sagarika Ghatke. All of this happened in the midst of the Indian Premier League, hence the news did not spread like it was expected. Zaheer Khan is also the captain of the Delhi Daredevils and is an integral part of the DD mix.  “Never laugh at your wife’s choices. You are one of them !!! Partners for Life #engaged Sagarika Ghatge,” Zaheer wrote on Twitter. She is an Indian actress who featured in the hit-film ‘Chak de, India!

Never laugh at your wife’s choices. You are one of them !!! Partners for life. #engaged @sagarikavghatge pic.twitter.com/rUOtObFhiX 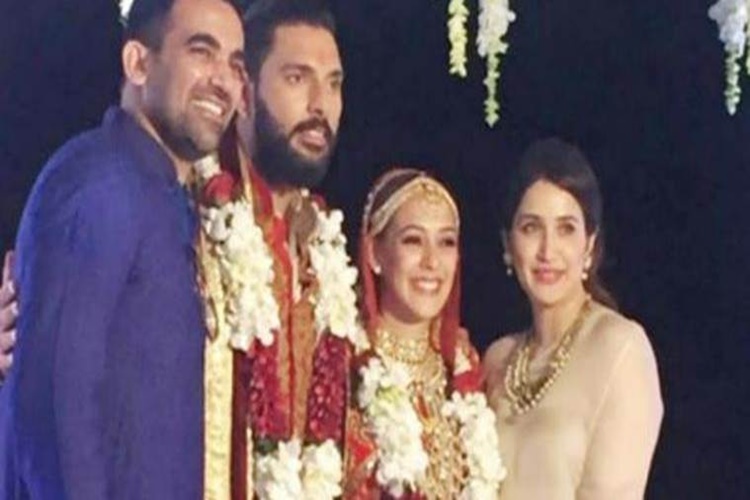 At Yuvraj’s wedding with Sagarika

Zaheer Khan had earlier denied any links with her but as they say if things are bound to happen it will. This is not the first time cricket and Bollywood are coming together in unison of marriage. Yuvraj Singh recently married Hazel Keech, even in the past Mansoor Ali Khan Pataudi married Sharmila Tagore, who was at her prime in Bollywood. 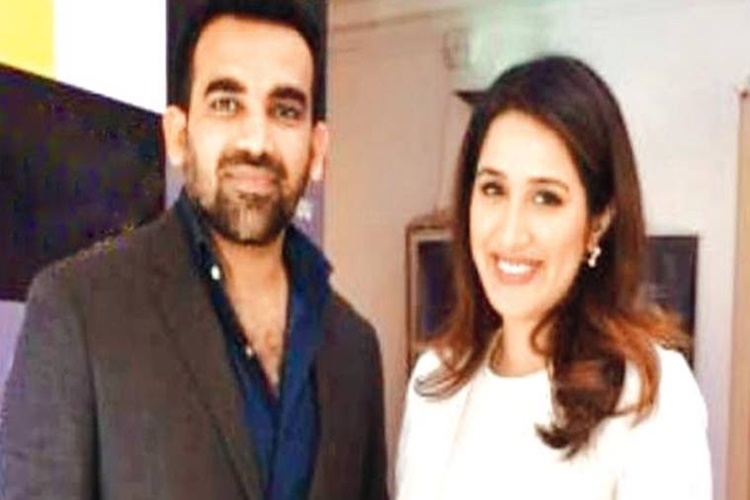 DD, a depleted unit are not having the best of IPL, they have managed to win just 2 out of their 6 matches, but lady-luck may change things for the better. She was also a part of ‘Rush’, ‘Irada’, ‘Fox’. For her role in Chak De! India, Ghatge received the Screen Award for Best Supporting Actress alongside all the Chak De! Girls.