IPL 2017 player auctions are round the corner and the IPL market is set to be on fire, come this edition of the T20 league. Franchisees will be trying their luck in an attempt to catch hold of the players who will be a better fit for their team combination. Last year franchisees released few players before the transfer window deadline. In recent time some of these players have shown tremendous form whether in other T20 leagues or T20Is in hope of getting picked by one of the franchisees in IPL player auction 2017. Let’s take a look at players who might bag a good deal come this IPL player auction 2017. 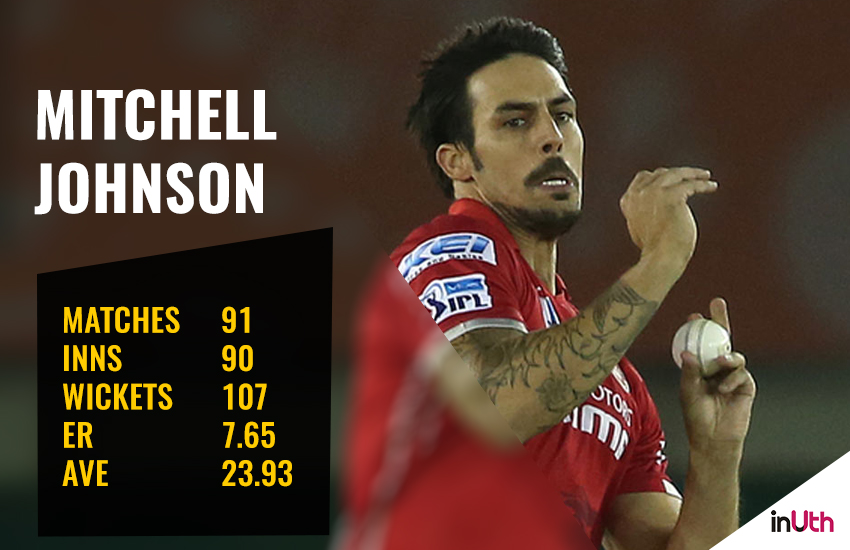 Mitchell Johnson: Former lethal Australian fast-bowler has the ability to change the match on his own. Johnson previously played for Kings XI Punjab, the left-arm pacer was not able to make an impact as he could take only two wickets in three matches and leaked runs with over 9 runs per over. Though he was unable to perform upto his potential in previous IPL, it will not be wrong to say that he was heavily underused by Kings XI Punjab who eventually could not make into the qualifiers.

The 35-year-old is set to be hot property in this year’s auction after his splendid performance in Big Bash League 2016-17. Johnson bowled with precision, playing for Perth Scorchers. His record spell in the semi-final of BBL must have made an impact on franchisees. He picked up 3 wickets for 3 runs in his quota of 4 overs making it a one-sided affair against Melbourne Stars. He bowled well in the final as well keeping a tight line and length. He will be on the top of buying list of franchises in the auction. 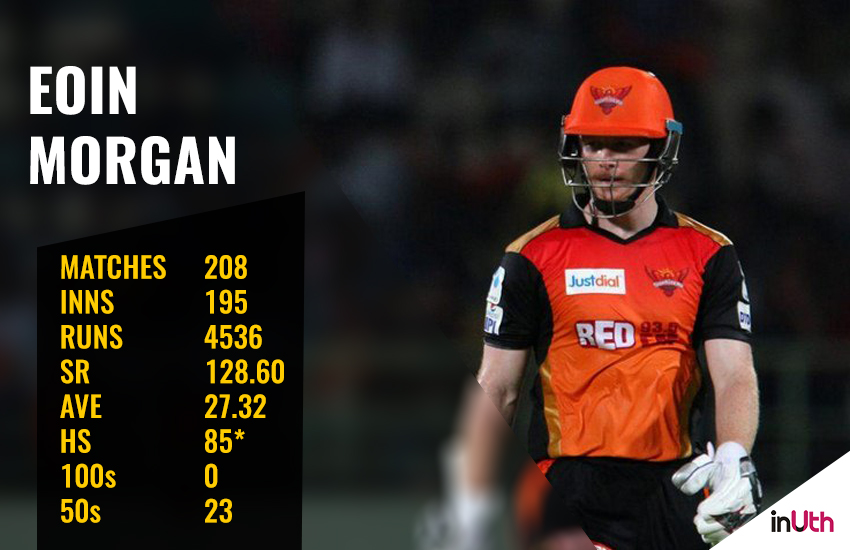 Eoin Morgan: England skipper Morgan too will be expected to attract high biddings seeing the way he has performed in recent times. He has been in good form of late and knows the Indian conditions well, having played on Indian pitches in ODI and T20I series recently. His performance was performing in BBL 2016-17 as well scoring 71 runs unbeaten for Sydney Thunders earlier this year and winning the match with a maximum off the last ball.

He had a rather ordinary IPL 2016 which led to his exclusion from the Sunrisers Hyderabad (SRH) side during transfer window in December 2016. The 30-year-old could only score 123 runs in 7 matches. SRH will be defending the IPL title this time around. Seeing the recent turn of events, SRH might try to buy back Morgan in the auction expected to be held later this month. 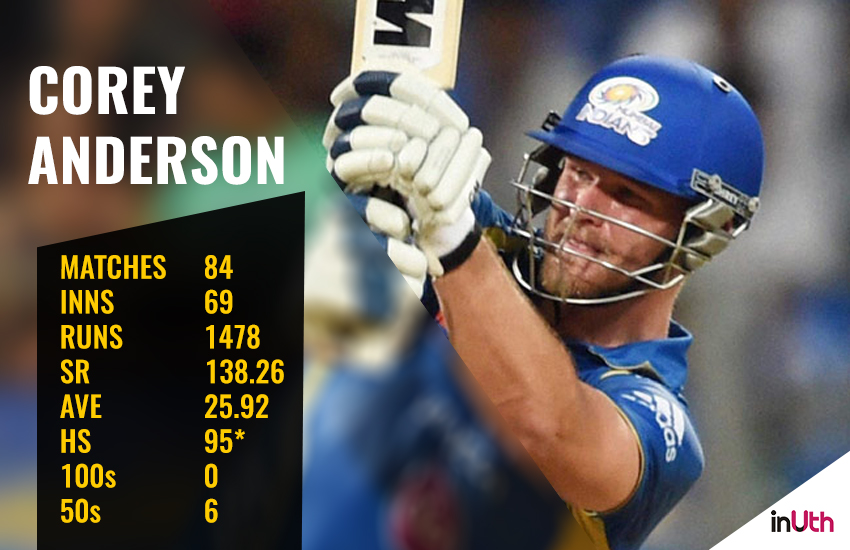 Corey Anderson: It came as a surprise when the kiwi all-rounder was not retained by Mumbai Indians. Anderson can contribute with bat and ball equally, he recently scored 94 unbeaten against Bangladesh. His recent performances would have made the Mumbai franchise regret their decision.

The 26-year-old was quite unlucky in the previous season of IPL as he could only play 4 matches. He had a fractured finger which led to his exit from the tournament. He scored 114 runs in 4 matches which included one fifty. He has the ability to demolish the opposition’s bowling attack. The BlackCaps allrounder would surely be on buying-list of almost every franchise. 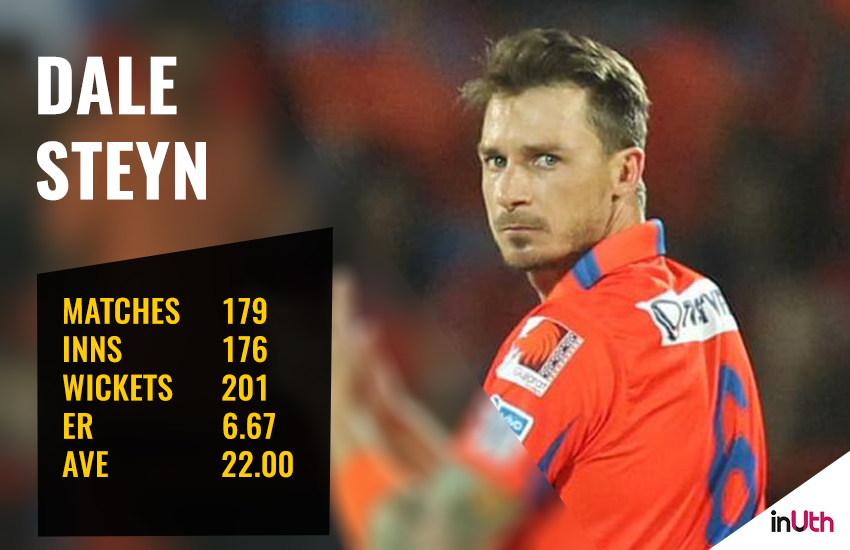 Dale Steyn: Steyn has not been the no.1 bowler over years for nothing. Though, he was heavily underused by Gujarat Lions as Steyn played only one match in the previous edition of IPL. Steyn can bowl deadly yorkers at raw pace which do not need help from pitches and can shatter the stumps of the best batsmen in the business.

Steyn has done really well in Caribbean Premier League (CPL) 2016, bowling for Jamaica Tallawahs who eventually won the tournament. For the past few years Steyn has not been able to make an impact in IPL. However, he was on top of his game from 2008-2013 which can easily be reflected in his economy rate. It is not easy to write off a bowler of his stature, he will be expected to attract a lot of bidders in this auction. 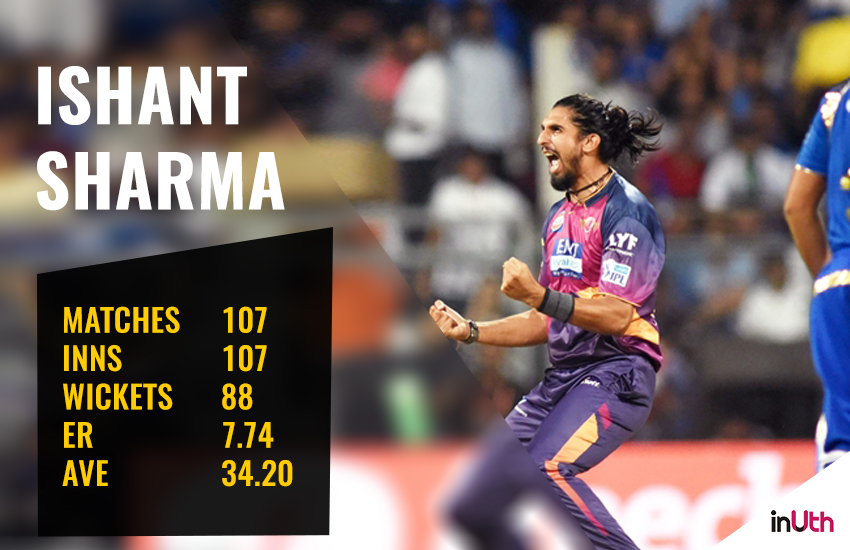 Ishant Sharma: The 6 feet 4 inches tall fast bowler is the first entry to the list from India. Sharma can generate pace and bounce. He is one of the few bowlers who has picked up a five-wicket haul in IPL. He can prove to be a useful asset to the team as his inclusion means more room for overseas players as they do not have to worry about bowling in powerplay overs.

The reason he has been placed this low on the list is his performance in past few editions of IPL. He has played only 11 matches in the past three editions of the league. Sharma made a comeback in Syed Mushtaq Ali trophy 2016-17 proving his mettle by taking 4 wickets in 4 matches with a decent economy rate. He is surely not a bad purchase. Even if he is not playing XI, it will be comforting for the franchise to have Sharma gracing the bench strength. 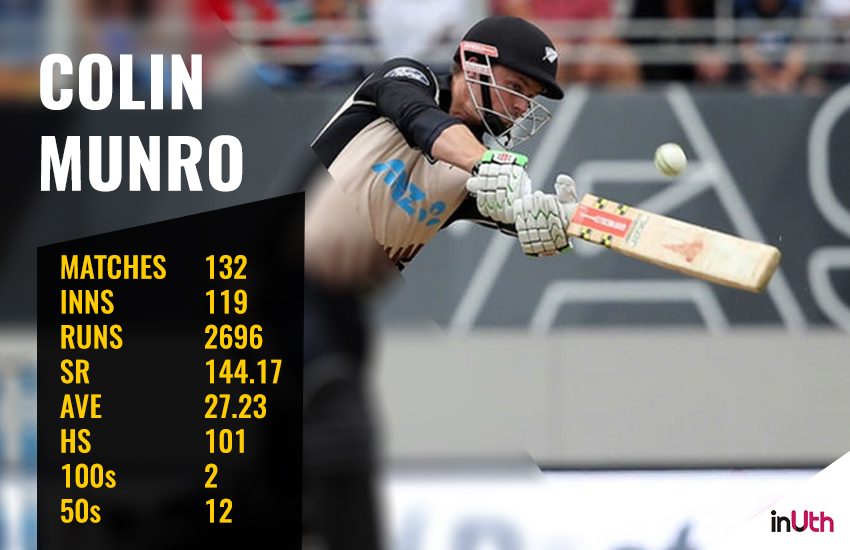 Colin Munro: This hard-hitting kiwi all-rounder should have been on the top of the list if not for his performance in BBL 2016-17. He is a handy bowler in the middle overs and a ballistic left-hander who can hit the ball out of the ground at ease. He had an unfortunate IPL season last year unable to score big runs in 4 matches that he was included in the playing XI.

Munro has a knack of hitting boundaries at will on his day which makes even the highest of required run-rate achievable. He will be a gamble that might pay off for the franchises. The 29-year-old recently scored a century against Bangladesh in January. The only argument which stands in his way this auction is his inconsistency. 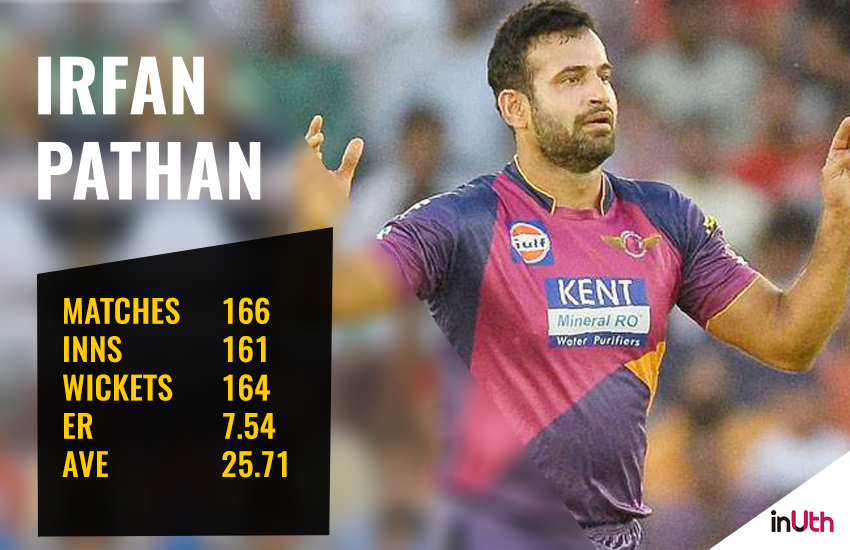 Irfan Pathan: Another entry for Indian camp. It seemed like Pathan knew how to play his cards right in order to attract bidders his way. The all-rounder recently scored unbeaten 65 for Baroda and picked up 2 wickets at over 6 runs per over. He will surely fit into a side who are in need of a lower order batsman and a bowler to tighten things up in the middle overs and break partnerships.

A lot of criticism came Mahendra Singh Dhoni’s way last year as he barely gave Pathan any chances in Rising Pune Super Giants side. Pathan will be striving to earn a permanent berth in the side. Though he is not expected to attract high bids but he is sure a value-for-money player.