Team India was in distress in Kanpur Test with its mighty batting line-up bundling for a paltry sum of 318 runs in the first innings. Then, the formidable duo of R Ashwin and Ravindra Jadeja cast its spell. The spinners had 16 out of 20 wickets in their kitty.

Both the bowlers were rewarded for their performances as they climbed up in ICC Test rankings. Ashwin got the second spot. He may become the number one bowler in the world if he repeats his performance in Kolkata. But, the question is, will he be able to?

CAB President Sourav Ganguly has already predicted that the pitch is not expected to turn much.

“The pitch is not going to turn … there is too much moisture and this is the first match of the season,” said Ganguly.

“So unless something happens in the last two days, I don’t see a lot of turn in the pitch,” added the former national captain.

The pitch was covered all day on Tuesday and so it is expected to be on the damper side.

Also, the threat of rain looms over the Test with the India Meteorological Department forecasting thundershowers and thunderstorm on the first four days of the match that begins on September 30.

If it rains, the conditions will be against spin bowling. It will be difficult to grip the ball.

Indian management’s unease with the pitch was manifested when they approached the local authorities for heavy pruning of the grass.

IANS reported that a senior team official made the request to a top official of the local organisers, the Cricket Association of Bengal (CAB).

Earlier Kumble had told the media that the hosts had the squad to adapt to every given condition.

Kumble, who entered the media conference soon after reaching the stadium, exuded confidence that the Eden track would be good.

It is nice to have @GautamGambhir back in the team – @anilkumble1074 on Gambhir’s inclusion in the Test squad for #INDvNZ pic.twitter.com/DQbH5FWE94

“I’ve already said that we have the squad to encounter any challenge and adapt to whatever conditions we get. We are not really worried too much about the pitch. We have all our bases covered,” said the bespectacled cricketing legend.

Though, Kumble says this, a non-turning pitch is a cause of concern. Indian batsmen have struggled on both spin and pace bowling. If the Kolkata pitch aides pacers more, India would be on the backfoot. 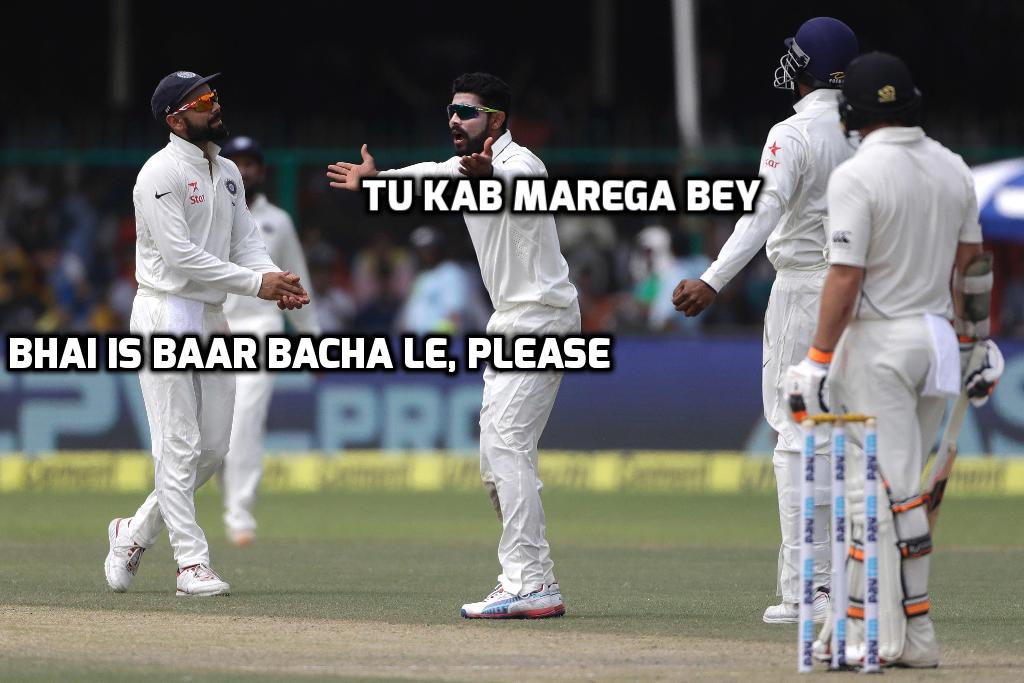 Even if the batsmen deliver and score big runs, the responsibility of taking 20 wickets will lie on the spinners. If the spinners, don’t deliver, it would be a tough ask from Mohammad Shami-led pace attack to win India the Test match.