India and England lock horns for the first Test match of the five-match series at the Saurashtra Cricket Association Stadium in Rajkot, Gujarat. England registers 311/4 at stumps on Day 1.

Moeen Ali continued to inspire the Three Lions even after Root’s wicket, he ended the day unbeaten at 99 runs off 192 balls. He hit 9 boundaries all across the field and was instrumental in building the innings for England. Ben Stokes remain not out on 19 off 41 alongside Ali. 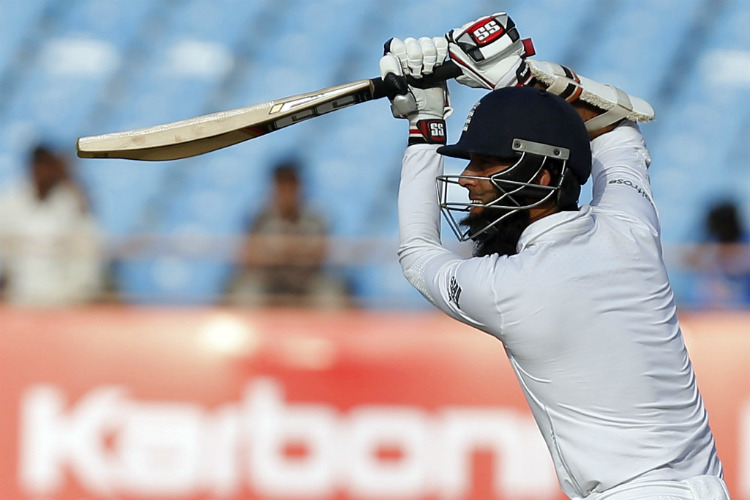 After tea, Root and Ali continued to attack, heaping considerable pressure on the Indians. Root then reached his hundred, he was delighted with the century. Following in Root’s footsteps, Ali managed to notch up his half-century. But soon after Umesh Yadav dismissed the dangerous Root for 124 runs off 180 deliveries, he hit 11 boundaries and also smashed a six. 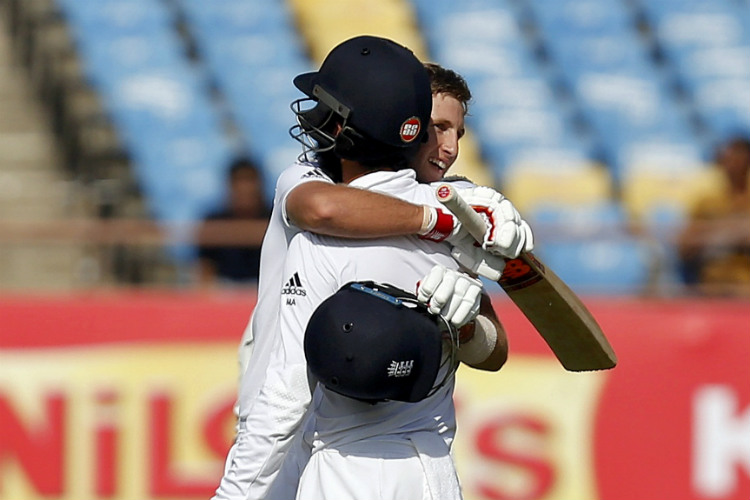 After lunch, Joe Root and Moeen Ali steady the ship after England lost three wickets. While, Root managed to race to 93 Ali partnered him by scoring 48. The second session of the day yielded 107 runs for the loss of zero wickets, something that the Three Lions will hope to continue. Indian captain Virat Kohli went for both the pace and spin attack but nobody seemed to stop the developing partnership. Root managed to smash nine boundaries compared to Ali’s four. India will be keen on dismissing the batsmen to restrict England to a total, but with the temperament that England is playing with right now, it will be a difficult task for the Indians. 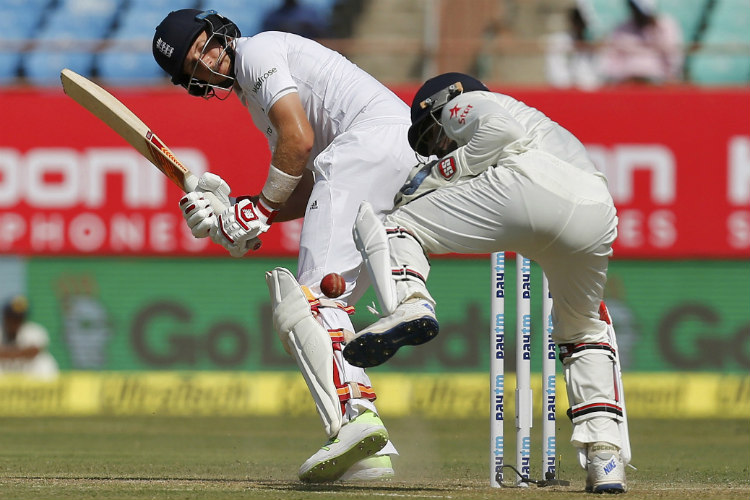 Ashwin again managed to produce magic with the ball as he got his second wicket of the day. He dismissed Ben Duckett for 13 runs off 17 balls. Duckett hit three boundaries. While Joe Root patiently bats for the Three Lions as he seeks to build a partnership to settle down. The umpires decided to call for Lunch as England lost their third wicket. 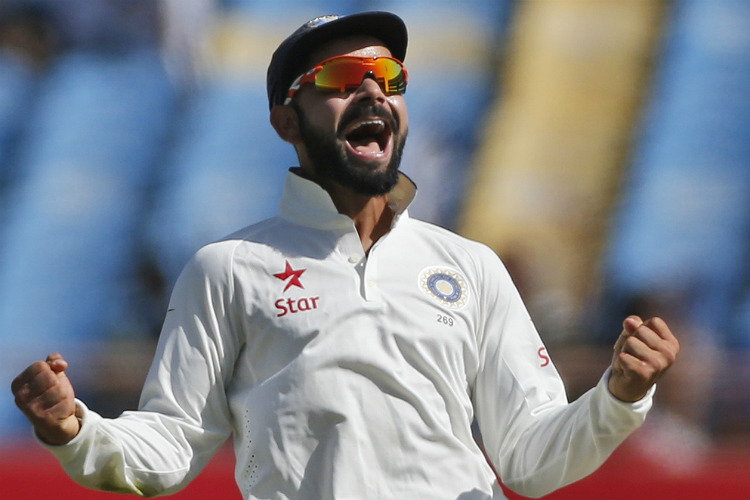 Virat Kohli is delighted with the Indian spinners. (Photo: AP)

Alastair Cook opened the innings alongside debutant Haseeb Hameed, who apparently has roots in Gujarat. He has already earned the nickname of Baby Boycott. Three Lions skipper Alastair Cook managed to survive early on, he was dropped by Ajinkya Rahane at gully in the third ball of the first over, Mohammed Shami was not happy. He was dropped again next over by Indian captain Virat Kohli at second slip, Umesh Yadav just nodded in disbelief. Hameed was also dropped in the sixth over, this time by Murali Vijay at first slip, Umesh Yadav could have dismissed both the openers, but it was not to be. Indian bowlers are delivering by bowling decisively, but the fielding has been abysmal. In the meantime, both the batsmen started founding the boundary more often. 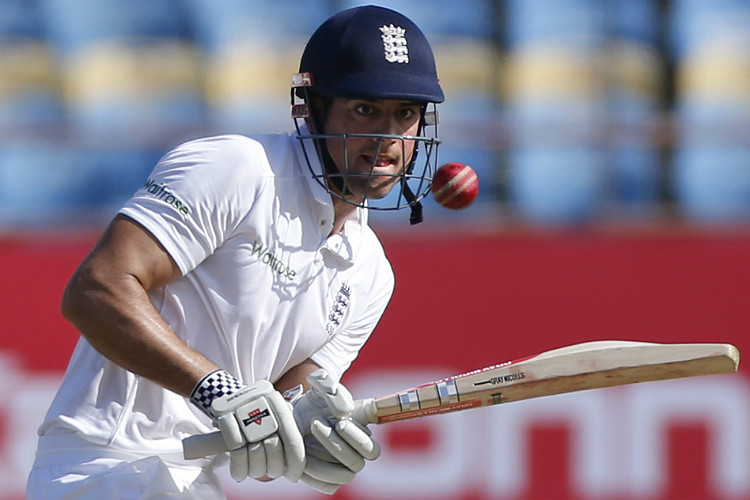 Ravindra Jadeja gave India the breakthrough by sending Alastair Cook back to the pavilion via an LBW. Cook managed to score 21 runs off 47 balls, hitting two boundaries. The LBW was kind of sketchy one and it should have been reviewed by England. After looking into the HawkEye, it should that the ball would have missed and umpire Chris Gaffaney got it wrong this time. Cook will be disappointed that he didn’t play the DRS. Kohli and co. will look to build on that. England lost their skipper at 47/1. 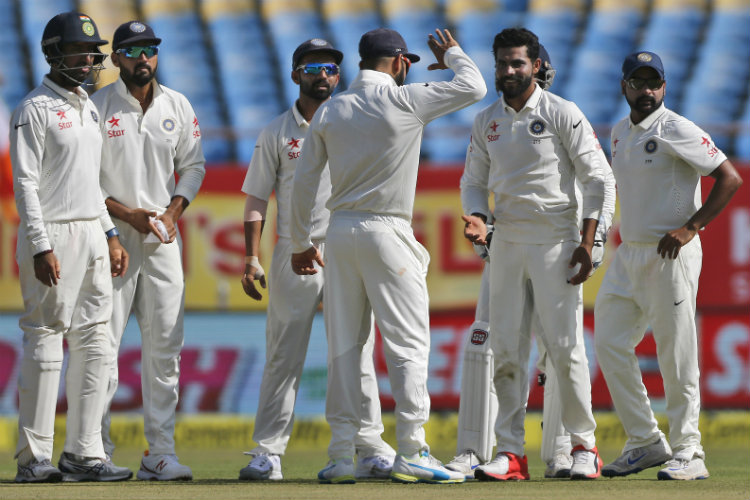 India got lucky with Cook’s LBW decision, HawkEye showed that the ball was missing the wicket (Photo: AP)

Joe Root was the next batsman in. Hameed and Root started to notch boundaries while also picking up singles and doubles to get the score ticking. But, Kohli introduced Ashwin to strike out wickets. Ashwin’s magic came into play when he dismissed Hameed with an LBW decision. This time England decided to appeal, but HawkEye gave the decision in India’s favour much to the delight of the fans in the stadium. Hameed scored 31 runs off 82 deliveries, smashing six boundaries in the process. England were 76/2, with their openers sent back to the pavilion.