Amid the DRS controversy and India outclassing New Zealand to level the T20I series, there was a poster in the crowd which caught everyone’s attention. The poster read, “Wake Up NZ Crickett #Metoo’. While initially leaving some viewers confused as to who it was directed towards, news later trickled in that it was for Kiwi fast bowler Scott Kuggeleijn.

Kuggeleijn, who is accused of allegedly raping a woman in 2015, was booed every time he came out to bat or bowled during the second T20I on February 8. Despite Kuggeleijn admitting in court trial that he had not listened to the woman who had said ‘no’, the jury did not declare him guilty.

Here’s what he said according to stuff.co.nz:

“I tried [having sex] twice like she might have said ‘no, no’ a few times, but it wasn’t dozens of times.

According to reports he apologised for his actions in the court:

“I heard you felt you couldn’t say no and were pressured into things. It’s pretty chilling to hear and think of myself in that kind of light, but looking back I was pretty persistent. I’m so so sorry and it has made me think about a few things. I hope you are OK and I’m sorry for the harm mentally (sic)I have caused you.”

Cricket fans outraged against the North Districts player after New Zealand Cricket Board (NZC) allowed him to player despite rape accusations. There were also banners reading ‘no means no’ at Eden Park, Auckland, which were taken down by the stadium staff. 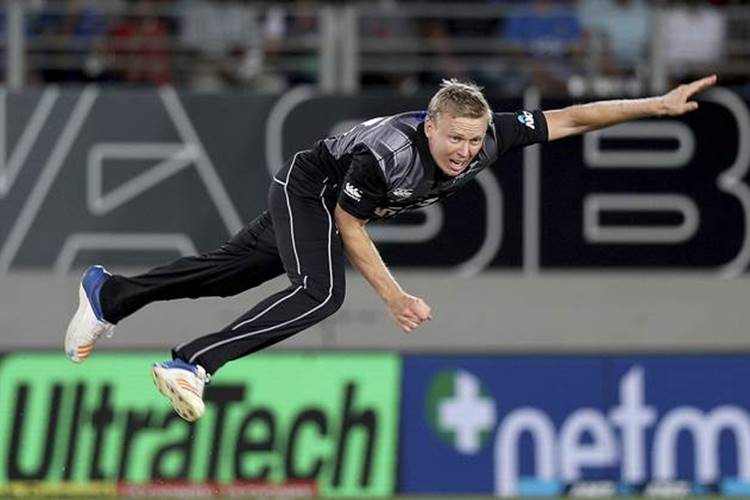 However, The NZC’s public affairs manager Richard Boock admitted to NZME that the action taken by stadium staff was a mistake and also shows loopholes in the policy. He told odt.co.nz:

“We agree the course of action taken (of removing posters) was an overreaction and unnecessary, and that the message certainly wasn’t offensive. NZC has a venue policy that does not allow the targeting of players – but policies are guidelines; they’re not written in stone, and we should have shown better judgement and exercised more discretion,”

The #MeToo movement took the world by storm in October 2017, since when women have been coming forward with stories of sexual harassment, assault, and rape.

India’s set to face New Zealand in the final T20I of the tour on February 10. It is yet to be seen whether NZC will take the matter seriously and exclude Kuggeleijn from the playing XI squad or not.

ALSO READ: Are You Kidding Me? Australian Bowler Riley Meredith Leaks 17 Runs Off Just One Ball