Hosts India couldn’t have asked for a better start in the Junior Hockey World Cup after being the table toppers in the group stage. India’s 2-1 win against South Africa in the last encounter ensured India’s birth in the quarterfinals. Undefeated in the first three games, India will be favourites when they take on Spain on Thursday. Spain have not been consistent with their performances in the group stages. With 1 win, 1 draw and a loss, they would find it difficult to pull off an upset against the hosts. 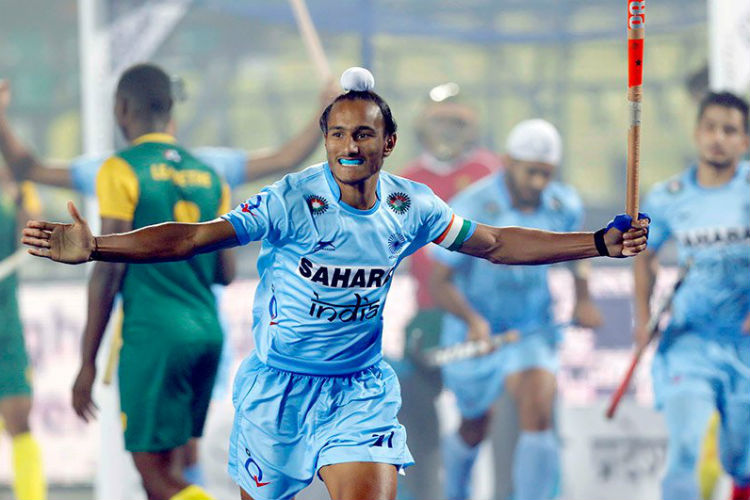 On the other hand, India have been in rich form and have shown their supremacy in their matches.  In the first game against Canada, India won by 4-0. The first goal came from Mandeep Singh in the 35th minute which was a field goal. A penalty stroke conversion from Harmanpreet Singh in the 46th minute gave the team a 2-0 lead. In the last 10 minutes of the game, Varun Kumar converted a penalty corner in the 60th minute and Ajit Pandey scored a field goal in the 66th minute, resulting in a comfortable 4-0 win.

India-England encounter saw a flurry of goals. With 8 goals in total, 5 came from the Indian colts. England’s Jack Clee scored a field goal in the 10th minute, the first of the game. India fought back strongly with 5 goals from Parvinder Singh (24′), Armaan Qureshi (35′), Harmanpreet Singh (37′), Simranjeet Singh (45′) and Varun Kumar (59′). In the dying moments of the game, England’s Will Calnan and Edward Horler scored two goals to reduce the deficit.

In the last game against South Africa, India drew first blood with a field goal from skipper Harjeet Singh in the 11th minute. South Africa drew level with a penalty corner conversion from Kyle Lion-Cachet in the 28th minute. Mandeep Singh’s field goal in the 55th minute helped India take a 2-1 lead and sealed the game.

Spain lost their first game by 2-1 against Germany but followed it up with a 4-1 win against Japan. Their last group match ended up in a 3-3 draw against New Zealand. The quarterfinals between India and Spain will take place on December 15th, 6pm onwards.