Why do you think Virat Kohli’s cover drive is so soothing to the eyes? Is it because it is flawless or because he has the ability to find the gaps despite the fact that there are 4-5 fielders guarding that area? One doesn’t become Virat Kohli overnight. After years of practice and commitment to the game, Kohli has mastered the hand-eye coordination.

Kohli’s dedication to the game was tested when he was playing a Ranji match for Delhi and was informed about his father’s demise. If there were any doubts about what the sport meant to him, Kohli put an end to all those there and then. By playing for the team, he not only saved the match for Delhi but also showed that his commitment to the sport was a priority. All this when Kohli was just 18. 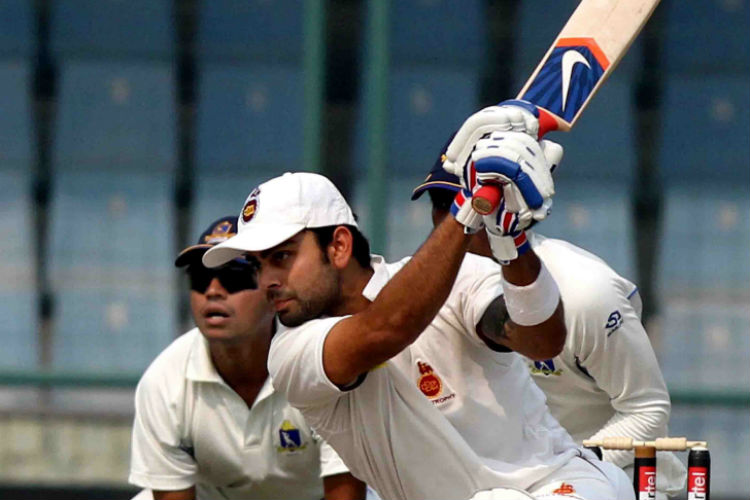 With his ability and leadership skills, one could safely bet that Kohli would go on to play for India and even lead the team at some point. But before he made his international debut, he was given an opportunity to lead India in the U-19 World Cup. How Kohli performed and led the team in that tournament, changed Kohli and team India’s future.

Before Kohli, only Mohammad Kaif in 2000 had successfully led the U-19 to a World Cup win. The task was on Kohli and his men to get India its second title in the competition. India were placed with South Africa, West Indies and Papua New Guinea in the group stages. Kohli not only excelled with his batting skills but also made useful contributions with the ball in the tournament.

In the first game against Papua New Guinea, Kohli scored 40 runs from 49 balls with five boundaries. In the same game, he bowled 1.5 overs and ended up with figures of 4/2. Against South Africa, we got a glimpse of Kohli the chaser. He remained not out with a score of 25 runs from 30 balls, helping India win the second match. Kohli the destroyer was on display in the last group game against West Indies. He scored a century from 74 balls with 10 fours and 4 sixes in his innings. He was awarded the Man of the Match for his performance.

With 3 out of 3 wins in the group stage, India were all set to play England in the quarter-finals. Kohli failed to impress in the match as he scored just 8 runs from 8 balls. The Delhi lad bounced back with another Man of the Match award in the crucial game against New Zealand. In the semi-finals, Kohli scored 43 from 53 balls and took 27/2 in the 7 overs that he bowled. In the finals against South Africa, India posted a mediocre target of 160. Kohli scored 19 runs but what was exemplary in that game was his leadership skills. He motivated the troop to believe in themselves and restricted South Africa from chasing down the target. It was under his captaincy that the Indian team won the second U-19 World Cup.

WATCH: India U-19 vs South Africa U-19 World Cup finals

Owing to his all-around abilities he was picked up by the Royal Challengers Banglore in the IPL and rest is history. Kohli has gone on to represent India at the highest level and has broken records one after the other. We hope he continues to do so in the future.