In a proud moment for India, tennis star Rohan Bopanna and his Canadian partner Gabriela Dabrowski thrashed Anna-Lena Groenefeld of Germany and Robert Farah by 2-6, 6-2, 12-10 to clinch their maiden Roland Garros title in Paris on June 8.

Earlier on June 7, Rohan Bopanna and his Canadian partner Gabriela Dabrowski registered a straight sets victory to enter the final of the mixed doubles category. The Indo-Canadian pair sent France’s Edouard Roger-Vasselin and Andrea Hlavackova of Czech Republic crashing out with a 7-5, 6-3 verdict in the semi-finals.

Bopanna and Dabrowski survived a tough challenge from Hlavackova and Edouard in the opening set before dominating the second set to earn a shot at the title. 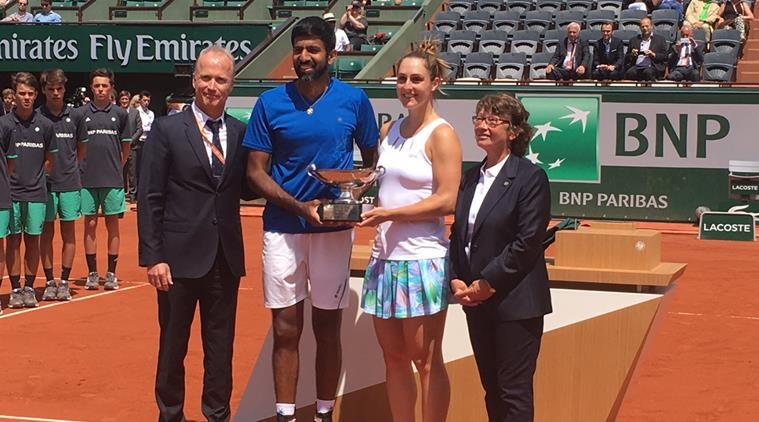