Germany’s Miroslav Klose aka Miro retired at the age of 38. The Polish-born German striker is perhaps the most decorated forward to have ever graced the sport. After all, he is Germany’s record goalscorer with 71 goals in 137 matches. Miroslav Klose also has 232 club career goals in 598 games to his name. He was not only known for his goal scoring prowess but also for his acrobatics especially the somersault celebrations.

Hailing from the Silesian city of Opole in Poland, football was always Miro’s priority. Miroslav developed his passion for football early having started playing the sport at the tender age of eight. Klose was a talisman for the German national football team, a side brimming with a hunger for success. He always stood out for his fair play and thus was even considered as football’s messiah. “It’s no shame to fall down, but it is a shame to just stay down,” Miroslav Klose had once claimed. 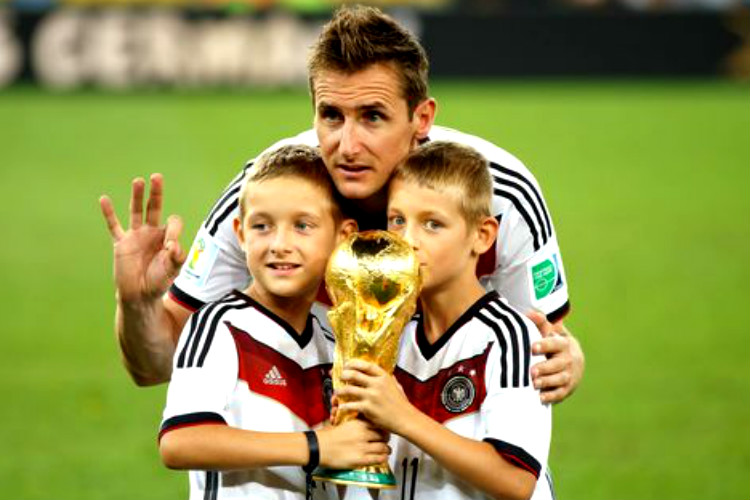 Germany ace Miroslav Klose managed to lift the prestigious FIFA World Cup in 2014. It was one of the most memorable events of his footballing career, having ousted Brazil and then Argentina, that too on South American soil. Meanwhile, Miroslav happens to be the only footballer in the history to feature in four consecutive FIFA World Cup semi-finals (2002, 2006, 2010, and 2014). Klose is also the all-time leading goalscorer in the history of the FIFA World Cup with 16 goals.

Miroslav Klose was a constant attacking threat inside the box due to his undeniable physical attributes. Additionally, his vision and technique separated him from the rest. His dedication and behavior on the pitch set an example for others to follow. Miro will always be remembered for his presence in the field, and his ability to read the game.