Fakhar Zaman’s 106 off 114 balls in the ICC Champions Trophy final against arch-rivals India has to arguably be the best limited overs innings played by a Pakistani in their cricketing history. The win against India in a World Final has to be among the best. But he was dismissed early on, only to get notified by the umpire that the bowler had over-stepped. Pakistan won fair and square, to which Virat Kohli was gracious in accepting defeat. Both these countries are packed with cricketing heroes and young Fakhar is the latest to join that club. Speaking to a Pakistani media house, PakPassion.net he admitted he was shocked to see Virat Kohli applaud his effort, once he got to the milestone.

“When I was batting well, Kohli and others were saying things to me so when I got to hundred I thought they would ignore it but when I looked at Kohli, I saw that he was looking down but graciously clapping for me.

I was a little disappointed by MS Dhoni as he did not show much reaction after my hundred,” PakPassion.net reported Fakhar Zaman as saying.

The youngster also revealed how he avoided an altercation with Liam Plunkett during their semi-finals, he said, “At that time, Plunkett came by me and said something to me, I just shook my head and said ‘no English’ as in I can’t understand it and he went away. After Plunkett had gone, the umpire smiled at me and shook my hand and said well done.” 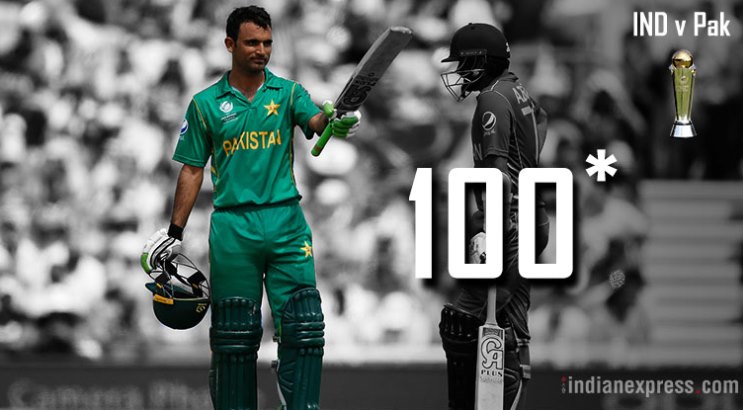 Then he also narrated the incident and its timeline when he was dismissed early to a Jasprit Bumrah delivery, he said, “When I was caught behind, my heart sank. I was stunned and slowly started making my way back to the dressing room with all my hopes and dreams crushed. I kept thinking how could I lose my wicket here, I was supposed to score big, not get out on three.

“When the umpires stopped me, it was like a new hope. It felt like a new life. I thought to myself if this is a no ball then today is surely my day,” Fakhar Zaman had commented after the match.