The experts say cricket is a game of uncertainties. If the history of cricket is full of epic moments then there are numerous weird moments too. We have seen a number of dismissals in the game of cricket. Some are amazing and some are really weird. Though there are 10 ways by which a batsman could be given out but out these 10, some happen very rarely. It doesn’t matter at all whether you are a hardcore cricket follower or not but these moments you would surely like to witness some of them.

There have been instances in the cricket history when a batsman was given out by the umpire for handling the ball. In recent times, this kind of dismissal is very rare to witness but it had happened in the past that too with several legendary cricketers. So let’s turn back the pages of cricket history and put a look at those incidences:

Former South African batsman Daryll Cullinan was once given out in 1999 during an ODI game against West Indies in Durban. The team score was 119 for 1 while Cullinan was playing at 46. In a ball delivered by slow bowler, Keith Arthurton, he tried to play the cut shot towards the off side but the ball took the bottom edge of the bat and hit the ground hard. As soon as the ball bounced, Cullinan held the ball and threw it towards the baller. The Windies players appealed and finally, he was given out for handling the ball.

It was in Chennai in 2001 during the Border-Gavaskar Trophy. Australia were batting in the first inning while the visiting captain Steve Waugh had the strike. To a delivery of Harbhajan Singh, Steve Waugh tried for a paddle sweep but the ball hit his pads and went up in the air. The Indian players appealed for LBW but the umpire denied. Meanwhile, Waugh held the ball which had hit his pads and took a flight. Rahul Dravid, who was fielding in the slips, saw Waugh catching the ball and appealed after which he was given out for handling the ball.

In 1986, in an India vs Australia ODI held at MCG in Sydney, former Indian batsman Mohinder Amarnath was batting while former Aussie spinner GRJ Matthews was bowling the over. Amarnath just tried to play a defensive shot but the ball had enough turn to move towards the wicket even after hitting the middle of the bat. To this, Amarnath reacted instantly and hit the ball with his hand in order to save his wicket. The Aussie players appealed and he was given out for that act.

The recent incident which took place in 2015 at Queens Sports Club, Bulawayo. Zimbabwe batsmen had the strike while Afghani spinner Amir Hamza was bowling. Chibhabha was playing at 18 runs when he faced an off cutter and tried to defend the ball. The ball hit his pads after getting hit by the bat and went up in the air. Wicketkeeper Mohammad Shahzad was alert enough to respond to the situation and appealed. Umpire Nigel Llong promptly raised his fingers.

It was a new year and date was January 1 when a Test match between South Africa and England was underway. The former South African wicket keeper-batsman Russell Endean had the strike and he was playing at 3 runs. He became the first cricketer ever in the history of cricket to be given out for Handling the ball. Since the game took place in 1957, the video is not available. However, we are sharing the picture of Russell Endean. 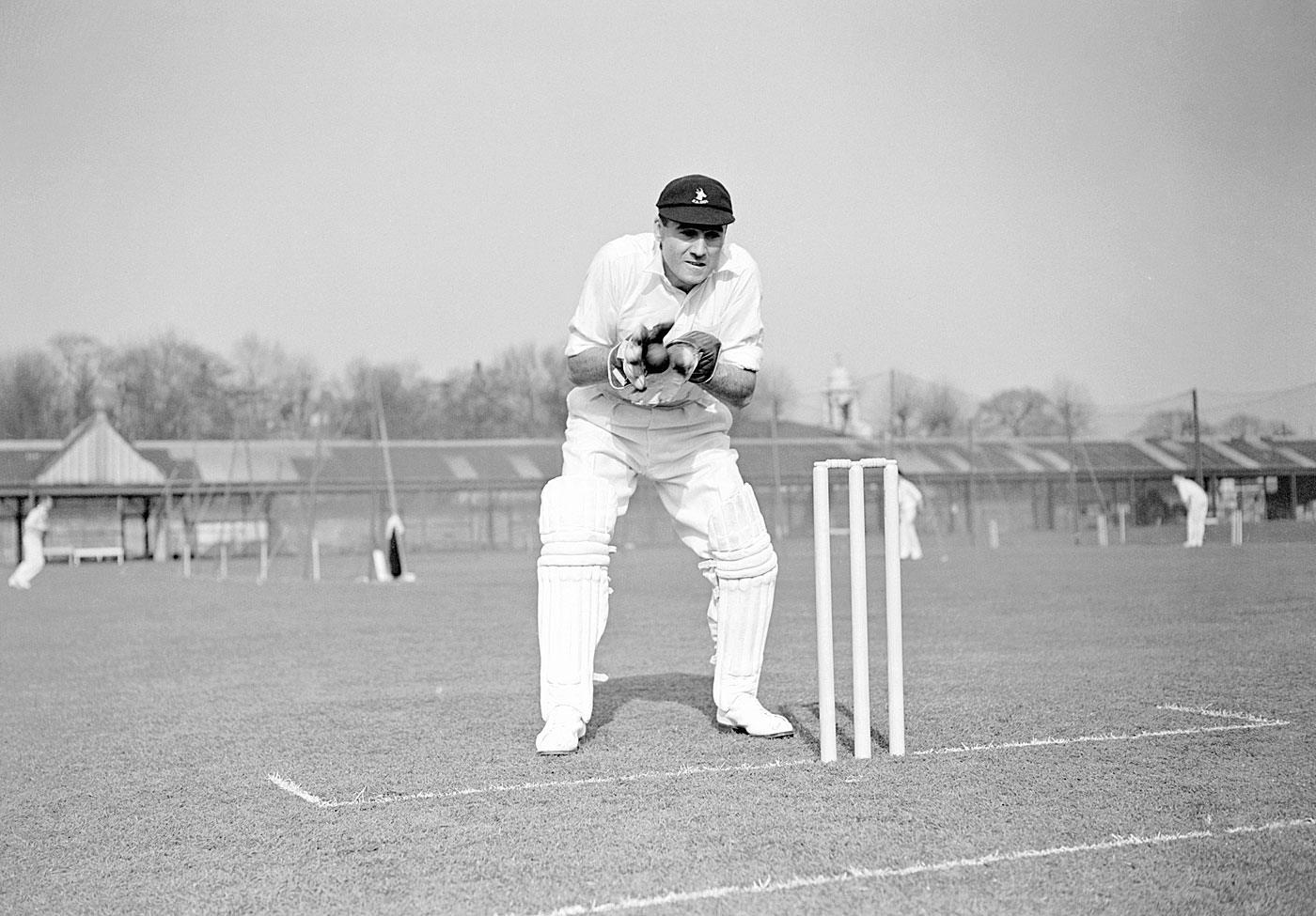 Russell Endean of South Africa is the first batsman to be given out for Handling t he Ball/ Photo: espncricinfo