Remember the iconic bell at the Lord’s Cricket Ground? Kolkata’s Eden Gardens has its own, just like the one that’s installed at the Mecca of Cricket.

The much-awaited bell was finally installed at the Eden Gardens, ahead of India’s second cricket Test against New Zealand starting on Friday.

India’s first World Cup-winning captain Kapil Dev will ring the bell, resembling the one at Lords cricket ground in London, on the first day of the Test. India is up 1-0 in the three-match series.

The giant bell was in the pipeline for some time now as Cricket Association of Bengal (CAB) president Sourav Ganguly wanted to copy the revered ritual which takes place before a Test match at the hallowed Lords.

The silver-coated bell has been brought from Chandigarh and installed just above the sight screen at the BC Roy club house-end. 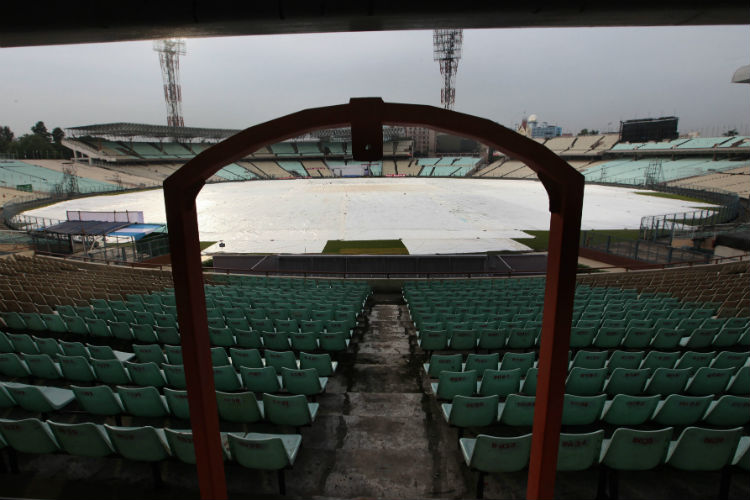 The site where the bell has been installed (Courtesy: Express Photo/Partha Paul)

With Durga Puja festivities around the corner, the Cricket Association of Bengal is expecting a larger than usual attendance. CAB joint-secretary Avishek Dalmiya, in an interview with Indian Express, said, “We will have dedicated areas for cricket zone, food stalls, drummers, flash mobs, caricature artists, stylist stations and a host of exciting activities to keep the crowd engaged. Prices of the season tickets have been reworked at Rs 1,000, Rs 750 and Rs 500.”

The bell at Lord’s, located outside the Bowlers’ Bar of the Lord’s Pavillion, is rung to signify the start of play. In the past, Indian cricketers Sourav Ganguly, Rahul Dravid, Kapil Dev, Sunil Gavaskar and MAK Pataudi have been invited to do the honours.