Left-handed batsman Gautam Gambhir has been recalled to the Test squad after a span of two years. While he is eagerly waiting for his chance, will he even make it in the final XI? One of the two Delhi lads – Shikhar Dhawan and Gautam Gambhir, will replace injured KL Rahul for the opening slot.

As the team practiced on the eve of the second Test against New Zealand, Gambhir hardly got time at the nets. Kohli, addressing the media at a press conference, said that the team generally bats in the order of the match day.

When asked whether Gambhir or Dhawan will be selected, the 27-year-old didn’t reveal much. But he shared that if a player is practicing at nets or isn’t, that doesn’t imply anything about the team selection.

“We basically do the segregation according to who’s had batting practice on the previous day. Generally, we try and stick to the batting order. Sometimes, it does happen that a player just wants throw-downs and then he walks away. If you don’t see a player at the nets, doesn’t mean he is not going to play. It all depends on the preparation preference that an individual has,” Kohli said.

Watch: Kohli address the media before the second Test

Captain and coach play a vital role in the team selection. Keeping that in mind, would Kohli keep his ego aside and forget the differences he has with Gautam Gambhir in the past or go ahead with Shikhar Dhawan?

While the duo seemed to have sorted out their differences on the field during the last IPL season, one should also remember that Gambhir had given his Man of the Match award to Virat who had scored his first century. 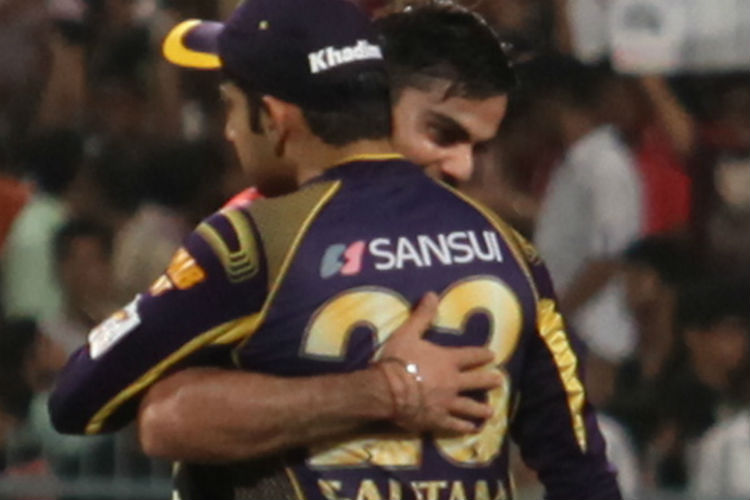 Interestingly, the match where Gambhir showed his act of benevolence was also played at Eden Gardens. Will Virat Kohli return the favour? If Gambhir is selected for the final XI, the captain of the Kolkata Knight Riders team will make an international return on his ‘homeground’.

Watch: Gautam Gambhir gives his man of the match award to Virat Kohli