Portugal football and Real Madrid legend Cristiano Ronaldo was bestowed with the prestigious MARCA’s Alfredo Di Stefano Award for the best player in the Spanish La Liga for the 2015-2016 campaign. The 31-year-old Portuguese captain was honoured with the reputed award on the day he penned down a new 5-year deal worth £365,000-a-week at the iconic Santiago Bernabeu. 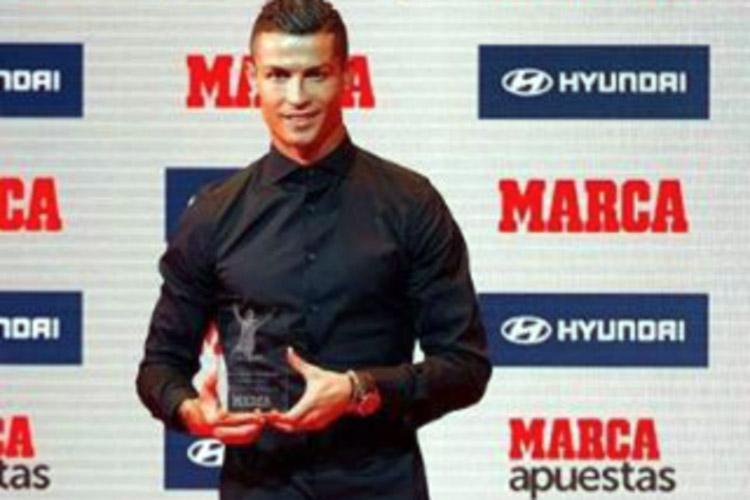 Cristiano had scored 35 goals and provided 11 assists in the Spanish division last season, but Catalonian giants Barcelona claimed the league title and the Los Blancos had to settle for second place ahead of arch-rivals Atletico Madrid in the third spot. Elsewhere, Ronaldo found the back of the net 16 times to fire Real Madrid to the coveted UEFA Champions League title. He has helped the Los Merengues win 2 champions league title in 3 years (2014, 2016). Portugal under Cris’ captaincy also claimed the UEFA Euro 2016. He is on a dream run and the year 2016 is turning out to be more memorable for Cristiano Ronaldo probably than he had imagined. 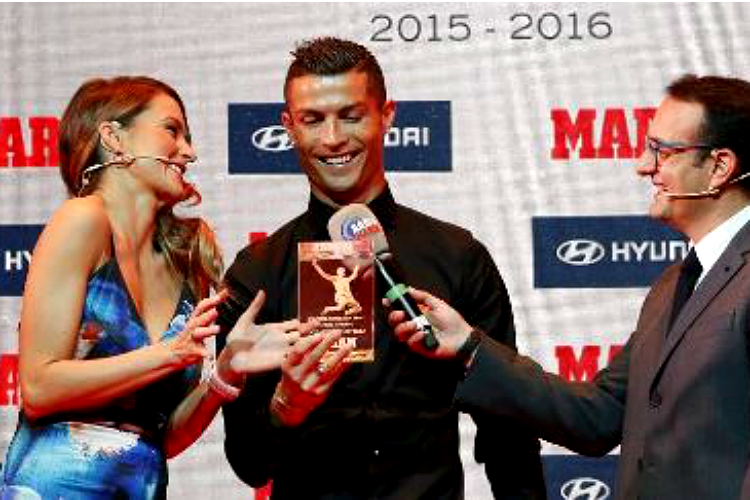 “The 2015-16 season was filled with many emotions with the Champions League and the European Championship,” Cristiano Ronaldo told the VIP audience at the MARCA awards in Madrid nightclub Florida Retiro in Spain.

“Today has also been a very special day with my contract renewal and a prize from MARCA. What else I can ask for? I’m very happy. This motivates me to keep working and get better in the next few years,” Cristiano added. The 31-year-old Portugal captain was visibly proud at the award ceremony. “It’s as competitive as expected, but this is not a sprint, it’s a marathon and we are going to fight. As always, God will help whoever works hardest,” Ronaldo continued.