Cristiano Ronaldo is often labelled as selfish, self-centred, self-obsessed and what not. He faces relentless criticism from European media for having an ego. But, the 31-year-old Portuguese forward recently helped put a smile on Pierre-Emerick Aubameyang’s son’s face. 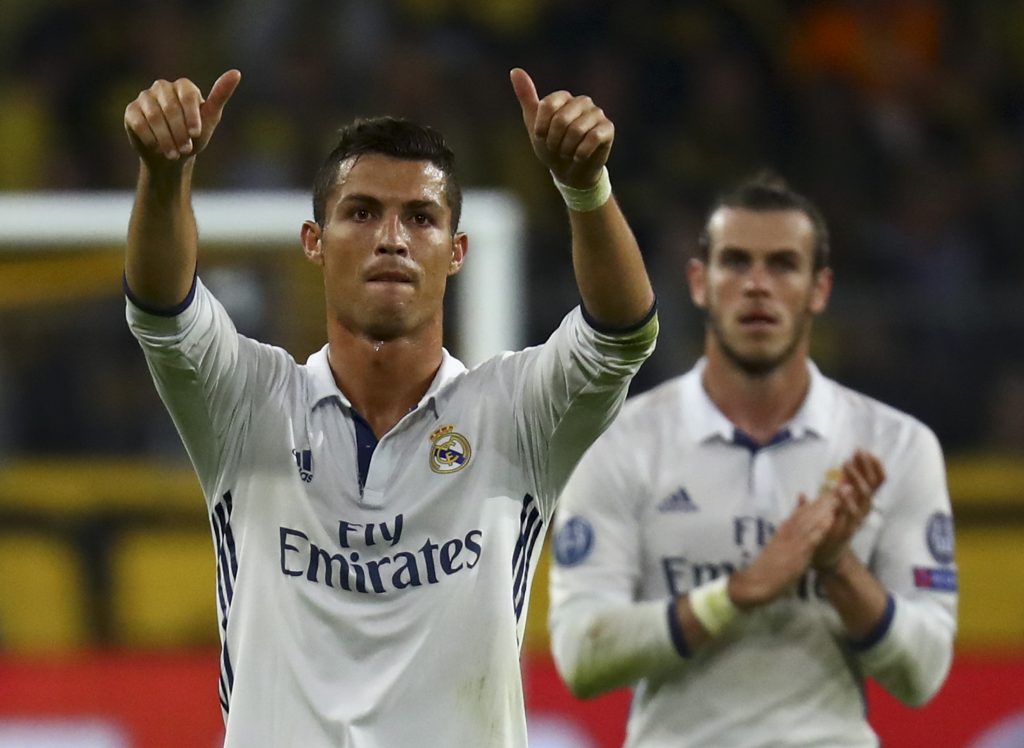 Ronaldo and Aubameyang both scored a goal in the 2-2 draw in the Champions League encounter between Real Madrid and Borussia Dortmund at the iconic Signal Iduna Park in Germany. Cristiano and Pierre-Emerick swapped shirts after the clash, which went on to become an awesome gift for a young fan.

The 27-year-old Gabonese striker uploaded his son’s photograph holding Cristiano Ronaldo’s No. 7 shirt and captioned it: “Cristiano, you’ve made my son happy.”